What: Tribune Publishing Co. again rejected the  revised Gannett Co., Inc. proposal to acquire all of Tribune Publishing for US$15.00 per share in cash. Additionally, an influential proxy advisory firm, Glass Lewis, urged Tribune’s institutional investors to vote against the Gannett take over at the Tribune Publishing Annual meeting on June 2. In related news , Tribune Publishing received a US $70.5 million investment from Nant Capital in a deal that makes the California-based technology investment firm the company’s second-largest shareholder with a 12.9% stake. Nant Capital is allied with Tribune Publishing’s largest shareholder Michael Ferro.
Why it matters: Gannett is the largest newspaper company in the country. As the industry consolidates large players such as Gannett and Tribune are trying to achieve efficiencies by merging. Obviously, the financial terms of the consolidation/merger are currently argued about between the two companies. 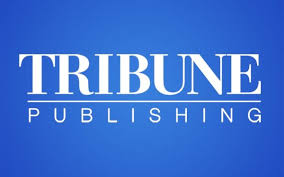 Tribune Publishing’s Board has again rejected the Gannett proposal as not in the best interests of Tribune shareholders but invited Gannett to agree to a mutual Non-Disclosure Agreement under which both parties could engage in due diligence and discussions to assess whether a transaction in the best interests of Tribune and Gannett shareholders can be negotiated. There can be no assurances that any such agreement can be reached.

Gannett’s $864 million hostile effort to acquire Tribune Publishing (TPUB) received a second consecutive blow after an influential proxy advisory firm urged institutional investors not to support the USA Today publisher’s “just vote no” campaign against the Chicago-based media company’s directors. The recommendation, which was made by Glass Lewis, in a report obtained by is in response to a campaign launched by Gannett on May 2 urging shareholders to oppose Tribune Publishing’s eight incumbent director candidates in an uncontested election.

Tribune Publishing received a US$70.5 million investment from Nant Capital in a deal that makes the California-based technology investment firm the company’s second-largest shareholder, edging past the 4.695 million shares owned by Oaktree Capital Management, which has pushed Tribune Publishing to negotiate a sale to Gannett.

In addition to the US$70.5 million growth capital investment from Nant Capital, LLC, which was founded by Dr. Patrick Soon-Shiong, Tribune has agreed to issue an aggregate of 4,700,000 shares of its common stock to Nant Capital at US$15.00 per share to support the Company’s transformation strategy.

The shares to be purchased by Nant Capital, similar to those purchased in the February 4, 2016, investment by Merrick Media, are subject to a three-year lock up. In connection with the transaction, Dr. Patrick Soon-Shiong has been invited to join the Tribune Publishing Board of Directors as Vice Chairman. He will begin serving on June 2, 2016.

Following the transaction, Nant Capital will own approximately 12.9% of Tribune Publishing’s outstanding shares, making Nant Capital Tribune’s second largest shareholder. Nant Capital has entered into customary standstill arrangements, including limitations on additional share acquisitions and an agreement to vote its shares in connection with the election of directors and any change of control transaction involving the Company proportionally to how all other shares of Tribune common stock are voted.

Tribune Publishing also announced it has entered into a term sheet with NantWorks, LLC for a co-exclusive, non-transferable, fee-bearing license pursuant to which Tribune will receive access to over 100 machine vision and artificial intelligence technology patents for news media applications as well as access to and use of studio space made available by NantStudio, LLC, a subsidiary of NantWorks, LLC.

Under the term sheet, Tribune Publishing will issue to NantStudio, LLC 333,333 shares of Tribune common stock and will be entitled to retain the first US$80 million in revenues derived from the licensed patents royalty free, after which Tribune will pay to NantWorks a 6% royalty on subsequent revenues.

“The Gannett $15.00 per share proposal for all of Tribune is clearly inadequate as a control investment in Tribune and, as ISS has pointed out, our Board ’has grounds to decline to engage’ on Gannett’s proposal,” said CEO, Justin Dearborn. “We remain unrelenting in our pursuit of value whether on a standalone basis or through a transaction, and believe the us$70.5 million growth capital investment announced today from Nant Capital – making Nant Tribune’s second largest shareholder – will support Tribune’s transformation strategy.

Dearborn continued, “We continue to have serious doubts about Gannett’s ability to enter into a transaction – especially when you consider its approximate us$650 million pension and OPEB liability – that makes sense for Tribune and its stakeholders.We are focused on taking the necessary steps to transform our business in response to the massive changes that have overtaken the publishing industry, supporting our outstanding journalists and, above all, creating superior value for our shareholders.”

The Board has set no timetable for concluding the discussions and does not intend to disclose further developments unless and until the Board determines that disclosure is appropriate or necessary.

Goldman, Sachs & Co. and Lazard are acting as financial advisors and Kirkland & Ellis LLP is acting as legal advisor to Tribune Publishing.