Quiero más fútbol is a digital only product; one that doesn’t have a daddy print behind

The Spanish-language site features news and information of the Mexican soccer League, international soccer and up-to-the-minute stats on qualifying matches leading to the FIFA World Cup 2014 in Brazil. The site launches today and will be updated several times a day by a group of sports writers and editors; it will also feature video commentary by sports veteran reporter Mario Concha.

Unlike most impreMedia’s news sites, Quiero más fútbol has been built using a design technology known as “Responsive design,” a technology, which has been praised by sites as Mashable and TechCrunch, and that basically allows content to adjust (expand, shrink, change position, etc.) depending on which screen is being accessed from. The Boston Globe (bostonglobe.com) and the Barack Obama campaign (barackobama.com) are among the mainstream websites built under this technology.

But, as Iván Adaime, vp digital of impreMedia, tells Portada, the point of Responsive Design goes beyond technical trickery: “We have seen an important shift in the consumption habits of our readers,” says Adaime. “We’ve found that our audience is coming to our sites from more than one device. So, we are going to make sure their surfing experience is going to be great regardless the device they use to read our sites.”

Indeed, recent figures released by Nielsen show that about 45% of U.S. Hispanics own a smartphone; what’s more, they are also increasingly buying tablets. Serving them the content they want regardless of the device where they access it is simply the next logical step in the online growth trend, says Adaime, who previously handled marketing and audiences at La Nación in Buenos Aires.

Responsive Design was first used by impreMedia in late 2012 when it launched a revamped look for Vista Magazine. It is also being used at several properties of La Nación, and will be implemented on other impreMedia news sites throughout 2013.

Asked about why making the soccer site a standalone product and not one within the sports section of the impreMedia-owned group of newspapers, Adaime said Quiero más fútbol is part of the company’s strategy to build online properties that don’t have a newspaper component behind.

“Quiero más fútbol is a digital only product; one that doesn’t have a daddy print behind,” he says. 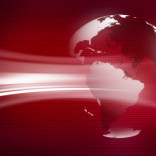