The Cisneros Group of Companies announced the creation of the largest  ad network serving the Americas by merging the mobile business of Redmas, Cisneros’ digital media unit, with Adsmovil, the leading mobile advertising network in Latin America. The newly-formed company will operate under the Adsmovil brand with co-founder Alberto Pardo serving as its CEO and Jorge Rincon, RedMas’ CEO, becoming the new company’s COO.

“RedMas’ mobile business has been providing cutting edge advertising solutions to the U.S. Hispanic and Latin American markets providing its partners a mix of interactivity, targeting solutions, and custom mobile alternatives to better communicate their company’s core values to Latino consumers,” says Mr. Pardo. “The combined companies will be able to offer a broader mobile network and open up the mobile advertising experience across 15 countries in places that receive high traffic and strong relevance for the Spanish and Portuguese speaking consumer, resulting in more exposure and higher sales conversions for our partners.”

“We started RedMas focusing on the U.S. Hispanic market for online and mobile advertising. Now with Adsmovil, we will also focus on the fast growing Latin American mobile marketing market. With advertising growth close to 65% annually, according to eMarketer, and smartphone penetration going from 15% to 47% by 2015, the Latin American market provides huge growth potential,” adds Mr. Rincon. “From an operational angle, this union provides brands access to many more premium publishers, and gives us the scale to invest in technological improvements.”

Adsmovil’s business strategy will focus on expanding its reach and increasing its revenue potential through technology investments. Adsmovil’s network now includes the mobile inventory of a number of major publishers in the region, as well as some of the most popular mobile applications in Latin America and the United States, such as Univision, Grupos de Diarios America, Grupo OPSA, Telemundo, impreMedia and Azteca America, to name a few.

The new Adsmovil counts with commercial presence in the United States (Miami, Los Angeles and New York), Mexico, Colombia, Brazil, Peru, Venezuela, Argentina and Chile; strengthen its sales team in major markets throughout Latin America and the U.S.; and build on its combined client base as both companies have separately provided result-driven solutions to many global enterprises, including a number of the Fortune 500 companies, such as Disney, Toyota, Sprint, McDonalds, Comcast, P&G, and many more. 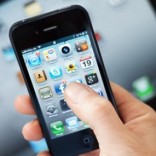