Microsoft/Xandr, El American, Jeffrey Duque, Diana Pieretti, Jason Riveiro, Kate Canel … companies are bought, get funded,  people change positions, get promoted or move to other companies. Portada is here to tell you about it.

AT&T has agreed to sell its global programmatic advertising marketplace, 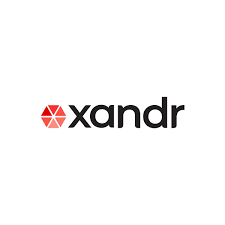 Xandr Inc., to Microsoft. The agreement builds on a decade-long relationship between Xandr, including its predecessor companies, and Microsoft for delivering global digital media solutions for advertisers. While the price of the transaction was not disclosed, the Los Angeles Times cites people familiar with the matter according to whom the deal is valued at about US $1billion. The Xandr unit, formed in 2018 via the US $1.6 billion acquisition of AppNexus by AT&T, loses between US $50 million to US $90 million per year, according to Axios.

According to a statement put out by AT&T, as the digital landscape evolves in a post-cookie world, Microsoft and Xandr can shape the digital ad marketplace of the future. Xandr’s technology strategically complements Microsoft’s current advertising offerings and will help accelerate the delivery of digital advertising and retail media solutions for the open web by combining Microsoft’s audience intelligence, technology and global advertising customer base with Xandr’s scaled, data-driven platform. “Microsoft’s shared vision of empowering a free and open web and championing an open industry alternative via a global advertising marketplace makes it a great fit for Xandr. We look forward to using our innovative platform to help accelerate Microsoft’s digital advertising and retail media capabilities,” said Xandr’s EVP and GM Mike Welch. Microsoft’s ad-tech units where Xandr’s expertise may be helpful include the Bing search engine, the Edge browser, and the Windows Apps store. Additionally, Microsoft’s Xbox is an interesting advertising and identity play as well as LinkedIn.

Microsoft’s ad-tech units where Xandr’s expertise may be helpful include the Bing search engine, the Edge browser, and the Windows Apps store. Additionally, Microsoft’s Xbox is an interesting advertising and identity play as well as LinkedIn.

“With Xandr’s talent and technology, Microsoft can accelerate the delivery of its digital advertising and retail media solutions, shaping tomorrow’s digital ad marketplace into one that respects consumer privacy preferences, understands publishers’ relationships with consumers and helps advertisers meet their goals,” said Mikhail Parakhin, President of Web Experiences at Microsoft.

El American a Hispanic conservative news platform that promotes free markets and America’s Founding Principles, closed a seed funding round of  US $1.8 million. According to a press release, this equity financing raise done “by US Hispanics, for US Hispanics”, comes to “accelerate growth as El American scales to meet strong demand for conservative news from the U.S. Hispanic market. A recent Wall Street Journal poll shows that 62 million Hispanics, the fastest-growing demographic in the U.S., are evenly divided between the Republican and the Democratic parties.” “El American’s objective is to win the hearts and minds of Hispanics with a pro-freedom message in both English and Spanish,” said Jorge Granier, El American’s CEO, Publisher and co-founder. “With this funding, we will scale our podcast and video operations, launch our app and expand our social media footprint to reach even more Hispanics in the U.S. and around the world.” Founded in late 2020, after the contentious election season, El American has assembled a team of award-winning journalists, writers, and influencers, and has reached over 250 million interactions across its social media accounts during its first year of operation. Through its site elamerican.com and with an active presence on Twitter, Facebook, Instagram, YouTube, GETTR, and TikTok, El American reaches across the key 18-55 demographic within the Hispanic audience. El American is planning to go on to a Series A raise in 2022 to launch its streaming platform, cable channel and expand its content offering, to continue capitalizing on the growing Hispanic opportunity. 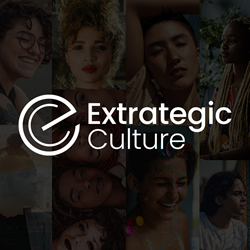 Jeffrey Duque and Diana Pieretti have launched Extrategic, a culture-first social experience agency,  based in New York, that brings together influencer strategies, branded content, social media, and beyond to reach multicultural audiences across the consumer journey. Extrategic has also been awarded minority-owned business certification (MBE)  by the National Minority Supplier Development Council (“NMSDC”). The designation is awarded to businesses that are at least fifty-one percent (51%) owned, managed, and controlled by an individual or group who is ethnically or racially diverse. Co-Founders Jeffrey Duque and Diana Pieretti benefitted from PepsiCo’s Racial Equality Journey (REJ) commitments, which provided guidance through the certification process. Pieretti stated, “In line with our mission, we aim to leverage our certified minority-owned status by continuing to elevate the voice of diverse communities, providing that EXTRA behind multicultural influencer strategies, to increase their visibility, and pave a path for us all to rise. We use a nuanced approach offering brands the best technology, strategies, cultural insights, creative, diverse talent, influencer intelligence, and performance that enables the scaling of influencer marketing beyond organic results”. 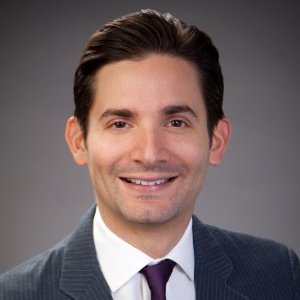 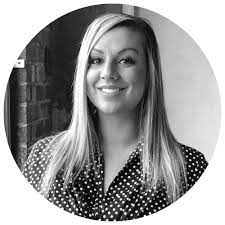 Kate Canel has been appointed Head of Digital Growth and Performance Marketing at Santo Remedio. Santo Remedio is a wellness start-up that creates supplements and communities that focus on preventative solutions to health problems. It is backed by leading retail partners, such as Walmart, and leading medical professionals, such as its founder Dr. Juan Rivera, a board certified cardiologist and the chief medical correspondent for Univision. Previously Canel worked as Director of Performance Media at The Shipyard, a performance marketing agency.