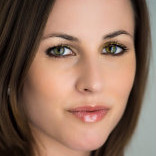 Fusion, the ABC News/Univision joint venture scheduled to launch in December, today announced it has hired Alicia Menendez as anchor.

Menendez, who has been a guest on CNN, Fox News and MSNBC, most recently was host at Internet-based video streaming network HuffPost Live, where she interviewed a range of celebrities and newsmakers, including Eliot Spitzer, John Leguizamo and Dr. Oz.

In a note to staffers, Fusion interim President Beau Ferrrari welcomed Menendez to the team and said she will start in June 17.

This is the most recent announcement by Fusion, which has been staffing up lately, gearing for a December launch.