PubMatic, the digital media platform company for publishers, announced the promotion of Rob Jonas to the newly-created position of Global Chief Revenue Officer (CRO) from his previous role as Vice President and Managing Director EMEA and APAC. Jonas will lead PubMatic’s revenue strategy and play a vital role in the company’s continued global expansion.

Glam Media announced Dan Lagani has joined the company as Chief Revenue Officer (CRO) and President. He will be based in New York City reporting to Samir Arora, Glam Media Chairman and CEO. Dan Lagani is a seasoned media executive with extensive experience in traditional print and digital advertising sales, leading large-scale organizations, and was the driving force behind the digital transformation and reinvention of some of the world’s best-known media brands, including Reader’s Digest, Fairchild Fashion Group, Meredith and Condé Nast. 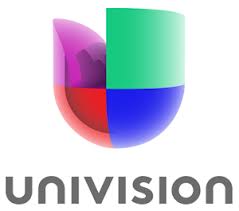 Alliance for Audited Media President and Managing Director Mike Lavery has announced plans to retire in late 2014. Lavery joined AAM in 1987 and became its president in 1995. In that time the organization has transformed from a print-centric to a multichannel auditor. Since rebranding in November 2012, AAM has made strides in its cross-media audit and data services with major announcements such as the launch of the Media Intelligence Center and certification of the Adobe Publishing Suite.