Tracey Jennings was named senior VP, group account director at GlobalHue, a full-service integrated marketing and digital ad agency. Jennings will be responsible for the Walmart account. She was most recently a VP at Liquid Soul, but previously worked at GlobalHue. Prior to that she was a purchasing buyer at Ford Motor Co.

The Home Depot named Helena Foulkes to its Board of Directors.  Foulkes will be a member of the Finance and Leadership Development & Compensation Committees. Her appointment gives the Company 11 directors, 10 of whom are independent. As executive vice president and chief health care strategy and marketing officer for CVS Caremark Corporation (“CVS”), Foulkes brings a wealth of experience in innovative retail marketing strategies, operations and merchandising to The Home Depot board of directors. During her 15-plus years at CVS, Foulkes has served as the company’s executive vice president and chief marketing officer (2009 to 2011), senior vice president of Health Services of CVS/pharmacy (2007 to 2009), senior vice president, Marketing and Operations Services, January to October 2007, and senior vice president, Advertising and Marketing (2002 to 2007). She has also held positions in Strategic Planning, Visual Merchandising and Category Management while at CVS.

David Luhnow has been named Latin America editor for Dow Jones Newswires and The Wall Street Journal. He will be based in Mexico City. Luhnow has been Latin American bureau chief for the Journal since 2008 and is overseeing a regional editorial staff of 31 across Central and South America.

Marina Méndez is the new regional director of Mediabrands Audience Platform (MAP) for World Markets Latam, the global division of Mediabrands that deals with all specialized digital services including search, display, social, mobile, programmatic buying and video. Méndez will be in charge of developing a holistic vision for the whole range of MAP services that are already present in Latin America, including the units of Reprise Media (Digital Marketing/SEM) and Cadreon (programmatic buying). Méndez will be reporting to Pablo Rodriguez, president of Mediabrands, World Markets Latam. Earlier in her career Méndez worked as president of OMG Digital and as regional CEO of ZED Digital (Publicis).

Penry Price was named VP, global sales for marketing solutions at LinkedIn. He was most recently president of Media6Degrees, an ad-targeting company. He also spent seven years at Google in assorted executive roles, including VP of global agency sales and partnerships.

Tom Stevens was promoted to the newly created role of senior VP, NBCUniversal News Group Sales. In his new post, Stevens will have strategic oversight of the sales partnerships for NBC News, CNBC and MSNBC. Also, Christina Glorioso has joined the company in the newly created position of senior VP, NBCUniversal News Group Advertising Sales Client Solutions. Lynne Kraselsky has also joined the company in the new position of VP, CNBC sales. Ann Scheiner was promoted to VP, sales, for NBC News and MSNBC. Stevens was most recently VP, Network News Sales. Glorioso joins NBCU from Majesco Entertainment, where she was chief marketing officer. Kraselsky was most recently senior VP, international sales and sponsorships at ESPN. 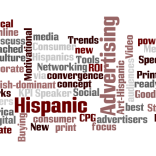