Orlando R. Nieves was recently appointed as VP Integrated Marketing Solutions at Entravision Communications in Tampa. Before that he was the General Manager of Hispanic Initiatives at the Tampa Media Group, where he managed several Spanish-language properties including Spanish-language weekly Centro Tampa.

Emmanuel Hoog, President and CEO of AFP, this morning announced the appointment of Michèle Léridon as the agency’s Global News Director. On August 1 she will succeed Philippe Massonnet, who has decided to give up his duties as Global News Director at the end of July, after having served in that position since May 2009.

Greenspun Media Group has promoted veteran Michael Uriarte to director of marketing & events. He will spearhead GMG’s campaign planning as well as event programming.Prior to this; he was GMG’s strategic partnership manager. He began his career at GMG as a promotions manager. Prior to that, he worked at WENDOH Media and The Light Group. Based in Las Vegas, Uriarte is a graduate from Silverado High School and University of Nevada, Las Vegas where he received his bachelor’s in hospitality management.

Eglon Simons was named president of the National Association for Multi-ethnicity in Communications (NAMIC). He retired from Cablevision Systems Corp. in 2011 after serving as executive Vice President of Cablevision’s Rainbow Advertising Sales Co. He also worked for CBS Television Stations Division. prior to that.Leading Source on Latin Marketing and Media

Ava Jordhamo, president of ZenithOptimedia North America, was promoted to chief operating officer of the region. She will continue to oversee management of Zenith’s Toyota account and will continue to report to Tim Jones, CEO North America for ZenithOptimedia.  She began her career in the media department of Saatchi & Saatchi, which was eventually spun off to become Zenith. 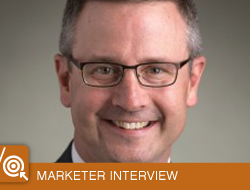