Facebook announced a deal to bring free and discounted use of its messaging apps to customers of 18 operators across 14 countries worldwide.

The company says the promotions will launch “in the coming months” and will give mobile phone owners free or discounted data to use Facebook’s Messaging apps for Android and iOS, and its Every Phone feature phone app

Messaging on Facebook lets people connect with friends and contacts on the go, regardless of what device they are using. Three out of every four people on Facebook send a message on the platform each month, making messaging one of the most popular activities on Facebook. Today, Facebook messaging and chat can be accessed from more than 6,000 mobile phones via Facebook Messenger, Facebook for iOS and Android, Facebook for Every Phone, m.facebook.com and across other devices with Facebook integration. 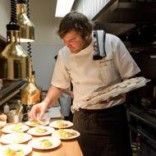 Want to read the NYT? Go to Starbucks….