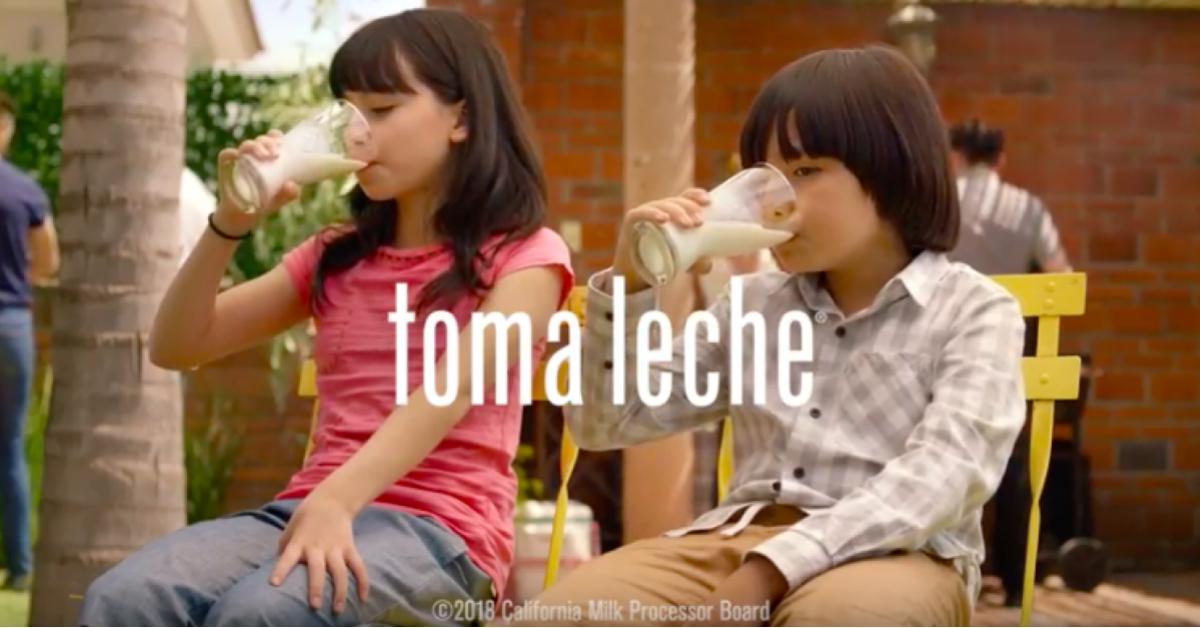 What: Portada talked to the two minds behind the new Got Milk? campaign: Steve James, Executive Director of the California Milk Processor Board, and John Gallegos, CEO of Gallegos United to find out more about the cultural attunement insights behind the effort.
Why it matters: The unprecedented growth of the US multicultural population is calling all marketers into action; by analyzing how experienced companies deal with the cultural attunement question, we can gain helpful insights as to the most effective ways to (not answer it) approach it. 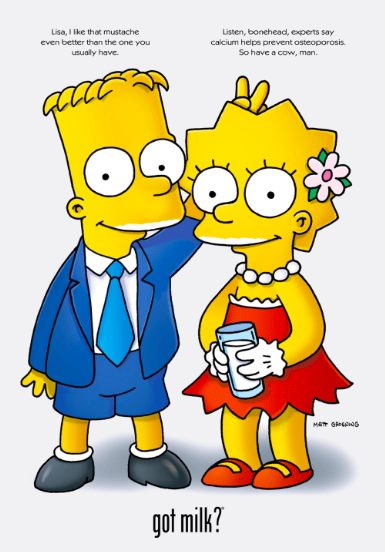 First launched in 1993 by the California Milk Processor Board, the “got milk?” advertising campaigns have become one of the most referenced, beloved, and awarded campaigns in marketing history. A long list of celebrities (from Britney Spears and the Friends cast all the way to Kermit the Frog and the Simpsons) with milk mustaches and a memorable slogan have definitely earned the brand good health over the years, but both the landscape and the organization’s approach to milk have changed.

Until recently, their work followed a clear targeting strategy: appealing to the “general audience”, and to Hispanics in a more separate and specific way. And for almost two decades, the strategy worked like a charm: in 1996, 4 years ahead of the 2000 census which showed that Latinos comprised a staggering 32% of the population, the CMPB launched its first original campaign in Spanish, “Familia, amor y leche”. 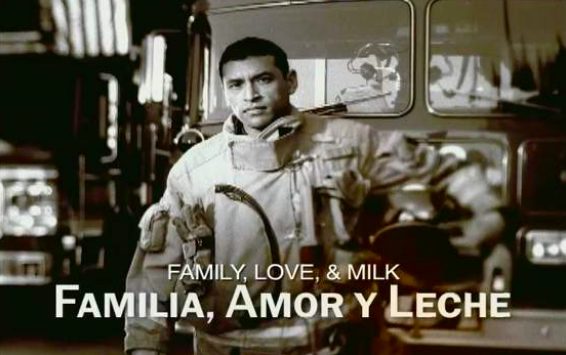 In 2006 it was replaced by “Toma leche”, an effort to unify the agency’s English and Spanish work by using humor as a vehicle for touting milk’s multiple benefits. In 2011, successfully appealing to the segment’s more hopeful and aspirational traits, they came up with the character “The Master of the Glass Half-Full”, adopting “positivity” as a direct response to Coca-Cola’s appropriation of “happiness”.

But now, after 24 years and more than US $2 billion of marketing support, per capita consumption of milk is once again caught up in a sustained, albeit more complex decline. From 2012 to 2017, milk sales fell 3.5 percent, while dairy alternatives grew by 4 percent, according to CNBC. And since the early 2010s revealed that milk may not be the key ingredient to building healthy bones and preventing osteoporosis as it was long believed to be, its place in the food pyramid has been threatened, too. As part of our long-going search for insights that help identify what attributes or qualities make a brand multiculturally appealing, we talked to CEO of Gallegos United John Gallegos and Executive Director of the CMPB Steve James about the new culturally-driven Got Milk? campaign.

1. Cultural attunement is elusive; when in doubt, go for the universal

In the face of challenges, the CMPB partnered up with the agency Gallegos United, an agency with experience in culturally attuned campaigns, such as the TurboTax Chupacabras ads. Then, CEO John Gallegos brought his experience to the table from the get-go, pertinently realizing that, “although Hispanics are a growth driver for the business, there’s always the danger of making the effort ‘overly Hispanic’ or to generalize the message where it doesn’t have as much impact with Hispanics”.

The new goal was to avoid segmenting and alienating consumers by over-polarizing the message, so the strategy shifted from “diversifying” to unifying the already vastly diverse Californian market with a universally relatable ad campaign depicting children’s relationship with milk for an audience of cross-cultural Millennial parents, the largest and fastest-growing volume consumers in the Californian market. “We think these children and their busy, over-scheduled, over-committed lives are a universal phenomenon, not just Hispanic”, says Steve James, Executive Director of the CMPB. “Millennial parents can also relate to this, since they’re as heavily involved as the children”. Ironically, if you want specific demo groups to identify with it, make it as universal as you can. 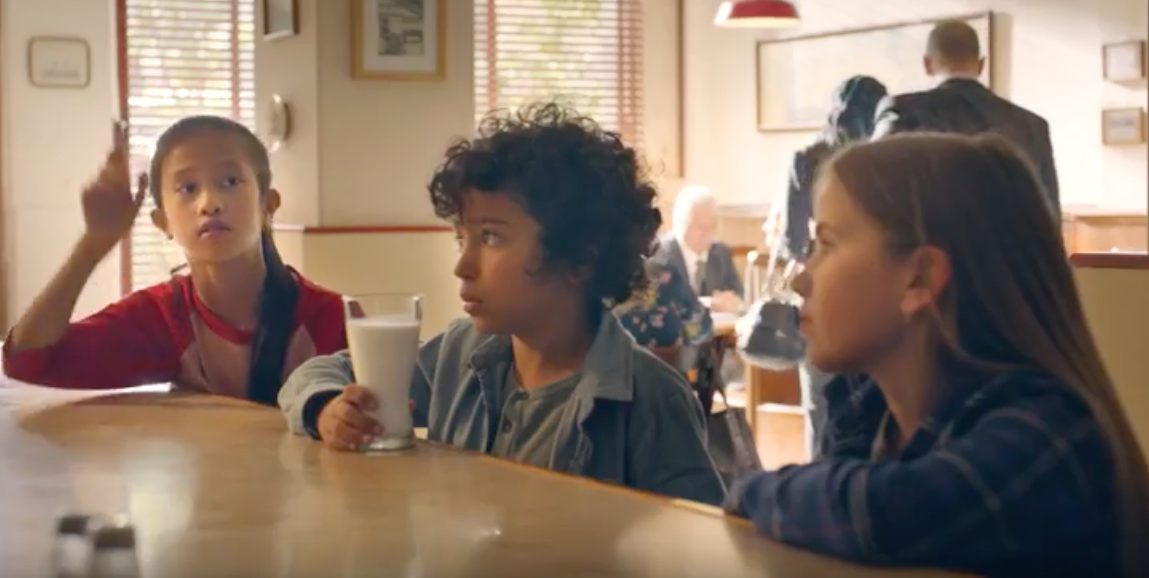 2. The honest perspective of children helps bring it home

One of the things that make the ads so relatable is that kids are actually honest and enthusiastic spokespeople for the product: as Steve James pointed out, recent research from the dairy industry indicates that a vast majority of kids love drinking milk and would be happy to drink more, but that their parents are the ones limiting their portions and offering other options. So the campaign aims at both children identifying with the problematic and making parents realize that they might not need other options. Even the ad with the boy going “Ah, pica!” when trying some hot sauce, appeals to all Californians because “salsa” is universal for them; which talks about how cultural attunement is a two-way phenomenon.

The segment gets both inclusion and greater exposure levels than the “general audience”, a term whose lines keep blurring more and more.

And in the era of vast options, the toughest challenge for marketers is managing an immensely broad media landscape while creating the now essential emotional connection with consumers. Steve James explains: “We’re speaking to consumers where they are, whether it’s on television, digital, social media, streaming, point of sale… We’re trying to find consumers at any possible touch point we can”. And that might just be the only differentiating factor between the two recently unified segments, since Hispanics over-index on portable devices, digital devices, and digital consumption. As a result, the segment gets both inclusion and greater exposure levels than the “general audience”, a term whose lines keep blurring more and more.

However deep into the age of the portable device, good ol’ television is —surprisingly enough— still the key player to start the conversation. “If you’re not on television, you sort of don’t exist,” asserts James, “people expect you to be on TV, so we’re spending a lot of our media dollars on TV […] and point of sale this year, where we’re increasing our spend in retail so that we can connect the dots”. But the days in which campaigns could rely mostly on television are over and done with, which represents a huge challenge for traditional players who started campaigning more than two decades ago. “We used to be able to produce a commercial or two and run them on three networks and call it a day, and that was all you had to do. Now, we’re trying to reach people through their streaming devices and their cellphones and their iPads and social media”, says James. “We’re doing all we can to adapt to that new environment”. 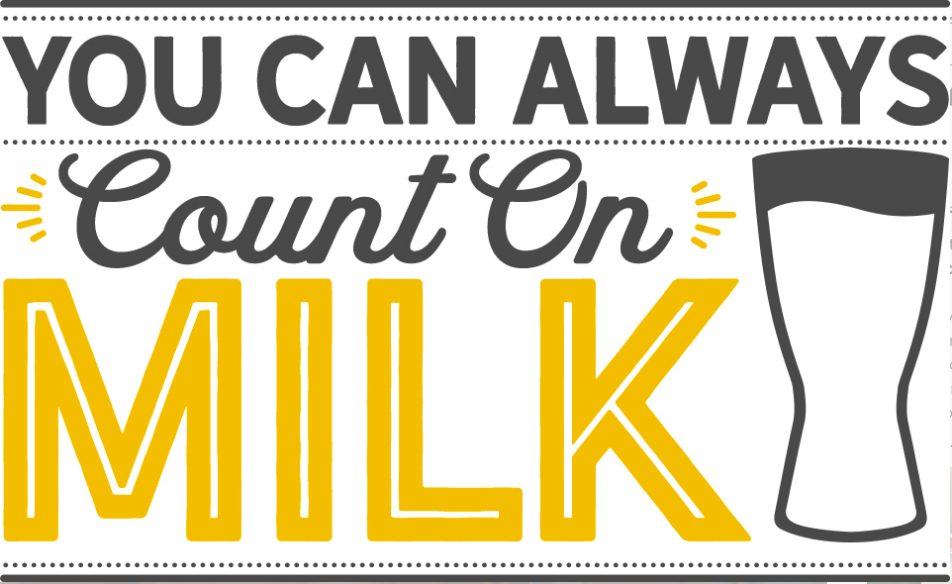 But how are Gallegos and his team planning to actually connect with their audience beyond ad placement on multiple devices? One of the most notable trait of Millennials is their constant and active search for answers, unlike previous generations that just accepted the wisdom of their parents or society. So one of the most important activations of the campaign will be based on joining the conversation and give new parents “something they can count on”, as one the campaign’s taglines declares.

“If a millennial parent has a question like ‘should I be serving more milk?’, or ‘is milk so good for my kid?’ we want to be in the conversation,” states Gallegos. “We want to be talking to influencers, whether it has to do with food, health, or nutritional benefits. And many of those conversations are happening online and in the social media. We’re hoping to meet that challenge by providing a lot of good, solid, factual nutrition information to those people who are searching for it”.

4. A campaign’s success depends on “when” as much as on “how”

In marketing, it’s not all about the how, but also about the when. Timing is crucial for an ad campaign to reach its audience in the correct context and mindset. According to Jennifer Mull, Chief Marketing Officer at the Gallegos United collective, following the campaign launch in July the agency is creating a ‘crescendo’ during the Back-to-School timeframe, “Building on media every week with the addition of social, digital content, radio, and point of sale. [It’s] the season when families get back into their routines for the school year, so it was important to remind them how they can count on milk to power through their daily lives at any and all times,” asserts Mull. “[We’re] also planning a big consumer activation that will bring to life how kid’s lives are tough and milk is always there to get them through it, the details of which are still in development”.

The ‘You Can Always Count on Milk’ campaign is a multi-billion effort meant to touch all of California’s consumers and advertising will be unified across all segments with English and in-language communications in Spanish, Chinese, Korean and Tagalog. We’ll wait to see how it turns out. 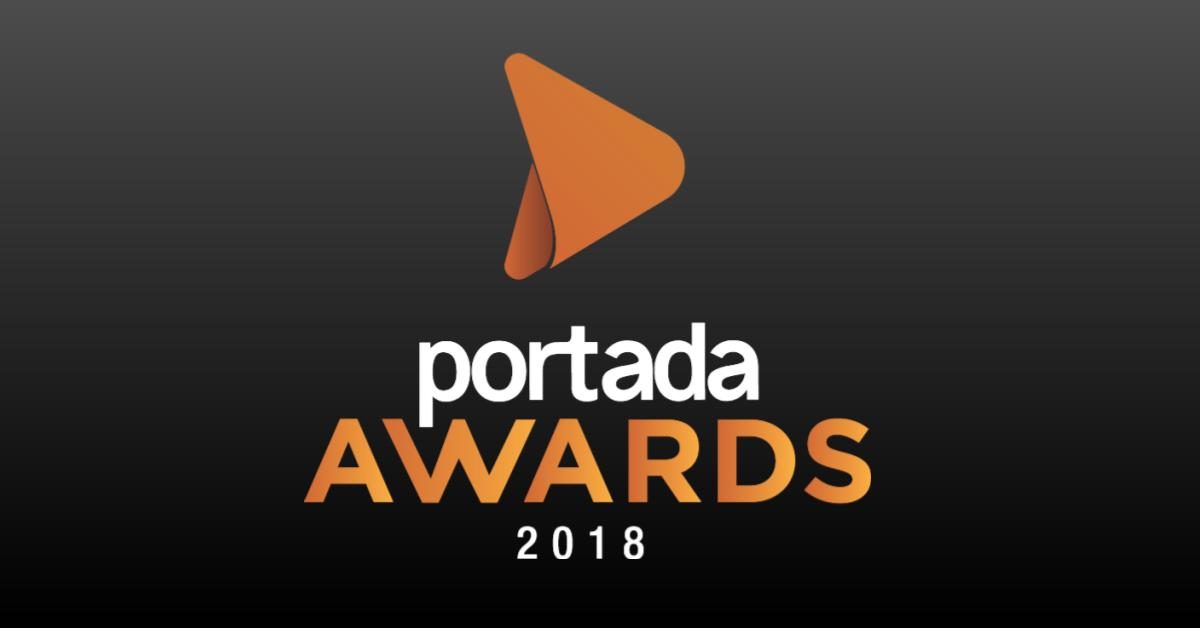 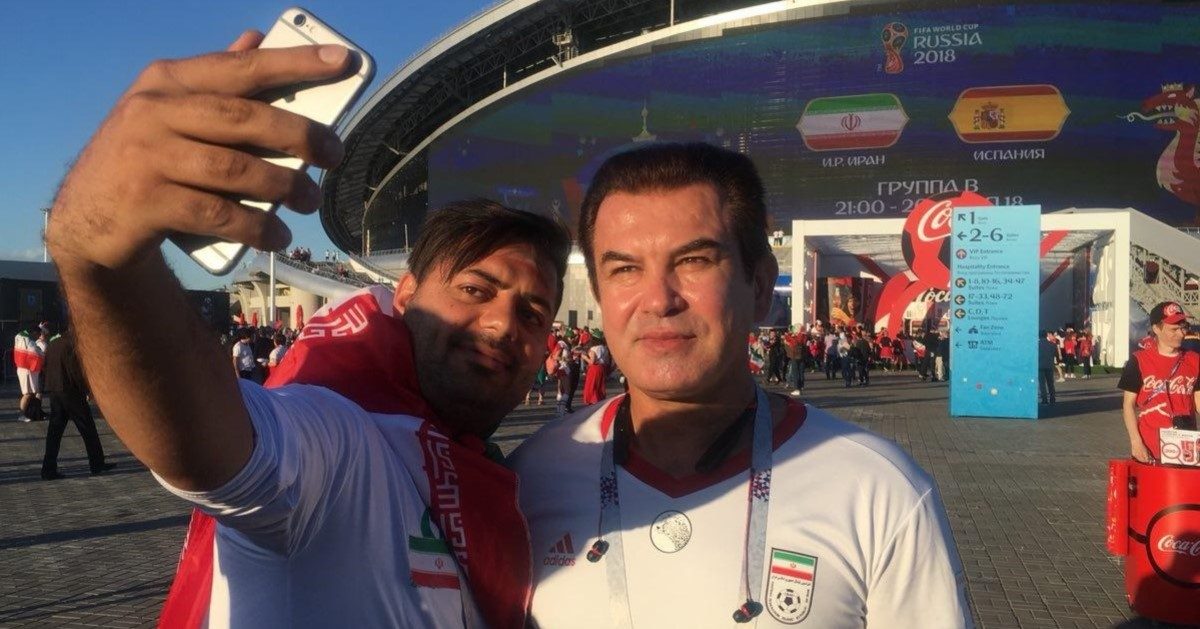 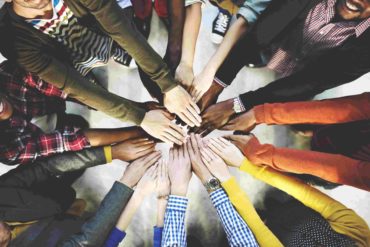