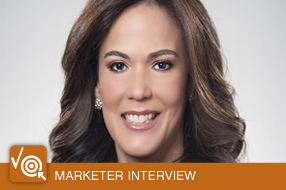 Mariela Ure is SVP Hispanic segment strategy lead for Enterprise Marketing at Wells Fargo. She is responsible for leading the company’s efforts in delivering products and services that meet the needs of the rapidly growing Hispanic market. Mariela oversees segment-specific strategies, the development of business and marketing plans, and defines the company’s priorities to maximize service to Hispanic communities nationwide. Wells Fargo recently partnered with Telemundo for the “Conversemos de tus Finanzas” Campaign. Ure talked to Portada about the details of the “Conversemos de tus Finanzas” effort as well as about other Wells Fargo initiatives in the sports marketing realm.

Portada: Can you please explain the different elements of the Telemundo “Conversemos de Tus Finanzas” campaign? What media was used, what content marketing and PR effort?

What agencies (creative, media and PR) were involved in the effort?
M.U.: “All creative materials for the platform were created by Telemundo with the guidance of Wells Fargo’s advertising team and Hispanic agency, Acento. The campaign was supported by public relations efforts led by Wells Fargo’s communications team and multicultural public relations agency Golin in collaboration with the Enterprise Hispanic Segment strategy team.”

What have been the results so far?
M.U.: “While we still have a bit to go before the collaboration ends, we are seeing great results across the board. We know our customers are benefiting from this collaboration and the tools and resources we are providing is what matters most to us.”

Has there been an uptick in the amount of visits to Wells Fargo’s Spanish-language site?
M.U.: “We have yet to finalize the results as the campaign is still in progress. However, our intent is to monitor the success of the campaign through all channels – mainly engagement with the tailored content on Telemundo.com’s finance page and through social media conversations. Our overall goal with this effort is to focus on helping the community have greater access to helpful and relevant content regarding their finances. We want to empower the Latino community to feel informed and prepared to enhance their financial health and reach their goals.”

How has the Wells Fargo Social Media Team worked around the “Conversemos de Tus Finanzas Campaign?”
M.U.: “The Wells Fargo social media team focused their efforts on engaging and partnering with Hispanic social influencers and bloggers to help amplify the social media conversation.The collaboration was also supported through Telemundo’s social media platforms including Telemundo’s Twitter pages and Rashel Diaz and Diego Schoening’s Twitter pages – mainly through a series of posts bringing awareness to the launch of the campaign.”

Our social media team focused their efforts on engaging and partnering with Hispanic social influencers and bloggers.

You are active in sports marketing, particularly in soccer? What are your latest plans in terms of sponsorships of major events?
M.U.:“Earlier this year, we announced a major sponsorship with the Mexican National Team and Major League Soccer (MLS). Soccer is a growing sport in the U.S. with a dedicated fan base. Wells Fargo is proud to support MLS, the Mexican National Team and the ‘beautiful game’ of soccer. We believe this is an incredible opportunity to connect with local communities and soccer fans across the country to share Wells Fargo’s passion for their financial success, as well as the sport of soccer. Interest and participation in soccer in the United States has been on a steady increase over the past 15 years. Not only have we seen a growth in participation in the sport in almost every metro market through youth and adult leagues, but due to recent broadcast deals and team expansion within MLS, the U.S. soccer fan now has direct access to more professional soccer than ever before. Major League Soccer, our country’s premier professional league, is leading much of this growth through team expansion and helping to support growth of the game at the grassroots level.”

With the arrival of the millennial generation and the growing Hispanic population – soccer and MLS represent an unrivaled opportunity.

How do you measure ROI of your sports marketing sponsorships?
M.U.: “For commercial partners such as Wells Fargo, we feel that the league offers us opportunities to engage with our customers and employees by sharing in the passion we collectively feel for the game. Additionally, with our country’s changing demographics – the arrival of the millennial generation of consumers and the growing Hispanic population – soccer and MLS represent an unrivaled opportunity for companies looking to market product and services to these fans.” 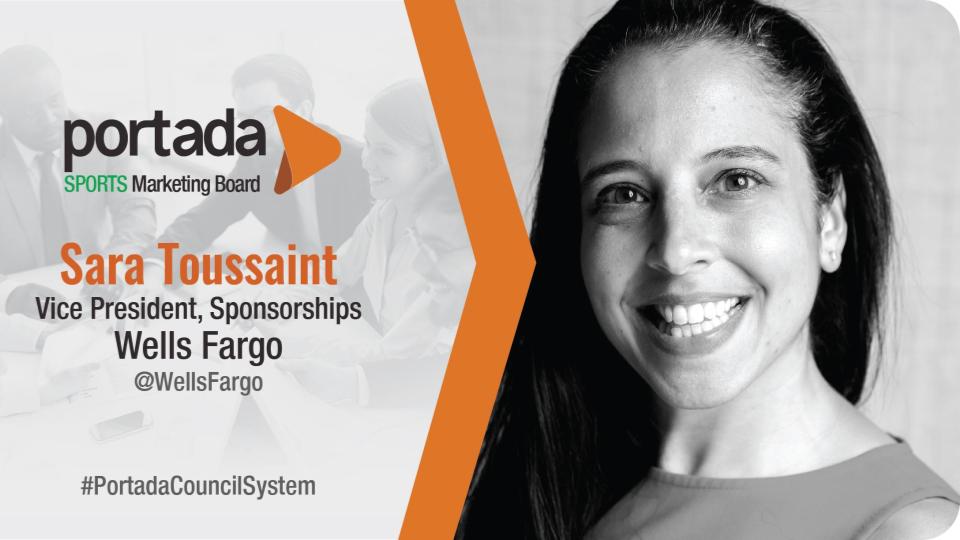