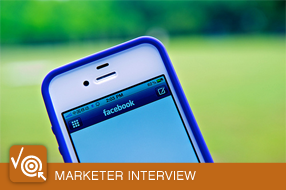 Social Networks have become a major force in the marketing space. Not  just as earned media but  also in terms of paid media, Andrew Speyer, VP Managing Director at Wing tells Portada. Interestingly, Speyer notes that expectations for social networking programs may be too high, as agencies and clients are still finding their way in the social media space.   Below the Interview Portada’s Carolina Re conducted with Speyer.

Portada: What percentage of your clients include social networking in their media-mix?

Andrew Speyer,VP Managing Director, Wing: “If not 100% then very close to it. How much of their budgets they allocate to it and their expectations for those programs are separate questions. For the most part, they are still finding their way in the social media space, but we are improving all the time.”

Portada: What are your biggest customers in the United States for the Hispanic market? And for Latin America?

Andrew Speyer: “Procter & Gamble for both.”

Portada: Could you tell us some successful cases of some campaign on social networks for the US Hispanic market? And to Latin America?

Andrew Speyer: “The most recent was a campaign for a Procter & Gamble brand that included a real-world activation digital media and social combining for great results.”

Portada: Do you think that it´s changing the way in which advertisers should reach out to consumers? Do social networks play a role in this process? Is this actually reflected in brand´s advertising budgets?

Andrew Speyer: “All our clients know that social can be critical to their success. But they also know that social needs to be handled intelligently, with the understanding that not all brands can be everywhere. There are logical limits set by consumers themselves which we need to see and respond to. When we appear where we are welcome, even if it’s unexpected, that’s when we succeed.”

Portada: Why do you think that Facebook recently implemented a Hispanic specific strategy?

Andrew Speyer: “Facebook knows that audience segmentation is the key to continued success. The truth is, that’s what they have always done but now they have gotten around to the USH market. Probably because they know that 25% of millenials are Hispanic, which means a disproportionately large percentage of their users are Hispanic.”

What role do you think that ‘mobile’ plays for Facebook? We know that Facebook  is betting on this platform globally, but how do you see that specifically for the U.S. Hispanic market?

Andrew Speyer was born in Spain to an Argentine father and raised in Miami. With over 15 years in advertising, Andrew has jam-packed his career, covering the general market at Crispin Porter + Bogusky and Fletcher Martin Ewing, as well as the Hispanic market at independent agencies such as La Comunidad and Zubi. He joined Wing in 2010 as Head of Planning, and in early 2012 was promoted to Managing Director. His thinking has led to successful market strategies for brands such as Ford, Volkswagen, Washington Mutual, Citibank, JP Morgan Chase, Progressive, Aflac, American Airlines, Olive Garden, Subway, Arby’s, Best Buy, Nordstrom, Diageo, Miller Lite, Virgin Mobile and DIRECTV.