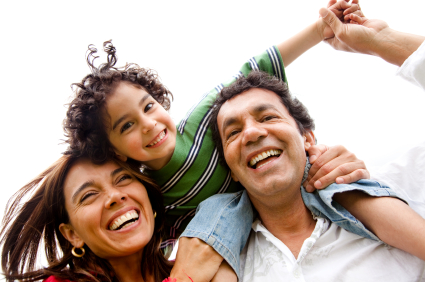 President Obama’s executive order de facto increases the documented Hispanic population in the U.S. by almost 5 million. That, per se, has a positive impact on Hispanic marketing and advertising. Below 10 things you need to know.

Hispanics who used to be afraid of giving away information needed to qualify for loans, credit cards or insurance will now be able to provide essential information which helps financial service providers qualify potential customers. That means that these newly legalized Hispanics will now have access to loans as well as to insurance, credit cards and other financial services. The implication? The Hispanic opportunity just got bigger for major property and casualty insurers, credit card companies as well as big retailers who provide consumer loans to finance their sales. In the long term, many of these immigrants will formally settle roots in their communities -thanks to the protection measures announced by president Obama last Thursday- and start buying homes, investing in higher education, and starting their own businesses. All this helps the economy as a whole but particularly increases the demand for financial services, insurance and homebuilding.

In the short term sectors like the legal counseling will see a constant trickle of customers that need representation to apply for the newly established protected status.

Supermarkets now have an opportunity to increase loyalty card program marketing, which undocumented Hispanics, until now did not register to out of fear of giving information away. If we take into account that Hispanics clearly over-index in brand loyalty compared to the rest of the U.S. population, it is safe to day that retailers are in front of a substantial opportunity.

4. California and Texas will get a major boost from the legalization of undocumented Immigrants

Which are the states that will be most impacted from the legalization of undocumented Hispanics?
Definitely California, where 25% of the undocumented population in the U.S. lives according to the Non-For-Profit study Group ProCon,org. California is followed by Texas (16%) and Florida (6%).
Note: More than 90% of undocumented immigrants come from Latin American countries and most of the remaining non-Hispanics are from Asia.)

The English-dominant and bilingual sector of the Hispanic population has been growing more than the Spanish-dominant sector, as the Hispanic population has been growing more through new births in the U.S. than through new immigration. Now, with the newly legalized population of almost 5 million Hispanics (who will tend to be recent immigrants as opposed to second or third generation Hispanics), the pendulum swings back a bit towards Spanish-dominant. It is not that when they were undocumented they did not consume media or buy products and services, but that by now being an official part of the U.S. population their safety and certainty when making purchasing decisions will grow.

It is safe to assume that most newly documented Hispanics will have a mobile phone, while not necessarily a desktop computer. Mobile Marketing will become even more important.

While usually heavy mobile users, new immigrants tend not to be as digitally savvy as, say, the typical Hispanic Millennial. They are heavy consumers of off-line media such as linear TV and newspapers and magazines.

8. In the medium term, Digital Media Usage will also get a boost

9.Expect increased Marketing and Advertising efforts from the Government

“Deferred Action for Childhood Arrivals (“DACA”) was a smaller scale initiative by the Obama administration to benefit the undocumented youth. We have seen from our digital outreach experience that these new opportunities encourage new communication initiatives, and undocumented Hispanics began not just enrolling in the program but in many cases they even found a pathway to citizenship”, says Marcelo Rodriguez, Managing Partner at NYC based Grupo Parada. The federal government will definitely increase its marketing efforts to inform the newly legalized immigrants about the steps they need to take to formalize their legal situation. Rodriguez cites Google Research that states that when it comes to government issues Hispanics go to the source. Consequently, online searches related to citizenship and immigration are within the top 3 most popular reasons for U.S. Hispanics’ 70 million monthly visits to government websites.

About a year ago, President Obama showed up at a Phoenix high school to promote changes to immigration law, just as he did Friday at a high school in Las Vegas, (a speech which was broadcast live by Telemundo) The focus of the speech back then was responsible homeownership, not immigration. But he insisted the two are closely tied. “When more people buy homes and play by the rules, home values go up for everybody, and according to one recent study, the average homeowner has already seen the value of their home boosted by thousands of dollars just because of immigration,” Obama said. 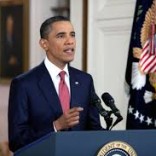