Analysis: Verizon buys AOL, What’s in it for Hispanics? (UPDATED)

Verizon just announced the purchase of AOL for US $4.4 billion. The deal definitely does not value AOL the same way Time Warner did 15 years ago: Remember the US$ 162 billion merger between AOL and Time Warner in 2000, at the height of the dot-com bubble? But it definitely is more than what most analysts valued AOL at 3 or 4 years ago. There have been many interpretations of the deal, including:
– AOL’s abundant online video capabilities (foremost Adap.TV) will substantially help Verizon’s mobile offerings
– AOL data assets are a great complement to Verizon’s vast mobile subscriber related data trove. With Verizon hooked into 1.5 billion connected devices across the world now is the time to match user identity across those devices and that is where AOL’s skills comes in.
– Verizon-AOL will likely shed AOL’s content assets including The Huffington Post and Tech Crunch
But, more importantly, what does the deal mean for Hispanics? More Broadband Access, Expanded Products and Services and more Mobile Video. (UPDATED with Comments from Mike Cano, see below)

More Hispanics will move from dial up to Broadband Fios 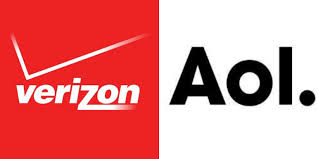 Fusion’s Rob Wyle cites 2013 Census data that found 40% of African-American households, and 34 percent of Hispanic ones, didn’t have high-speed Internet at home, although these groups have compensated with mobile use. AOL still has 2.1 million dial-up subscribers. Under the new Verizon ownership it is likely that Verizon will accelerates the winding down of AOL dial-up subscribers and convert some of those customers to its FiOS broadband service. So the adoption of broadband access of Hispanics will accelerate.

It is too early to tell and even make predictions on whether Verizon’s Hispanic Marketing will change. The telco giant spent US $71,311 million in Advertising targeting the Hispanic population in 2013 (-23.9% compared to 2012), according to Kantar data. The telco category is one of the most important ones for Hispanic and Multicultural Marketing with AT&T, Sprint, T-Mobile, Metro PCS all vying for the Hispanic consumer. Yousef Kattan Fernández, Founder/President/CEO TruMulticultural, the agency that buys media for MetroPCS, tells Portada that “Time will tell what it really means to Verizon’s business, but they’ve automatically become one of the smartest companies with this acquisition. As part of this new influx of information and data, which includes important competitor data that they are sure to use in marketing. Something to watch will be their ability to create and innovate additional products that potentially don’t exist in the category.”

I would think that Verizon will want to leverage AOL to expand their services and product offerings for Hispanic consumers.

Mobile Video will be a major Marketing Option now

Hispanics over index both in online video consumption and mobile video usage. The AOL purchase by Verizon will make mobile video a priority and Hispanics will be a key target for the combined company. eMarketer estimates spending on video ads served to PCs and mobile devices will reach US $4.14 billion this year, more than twice 2011 levels. By 2017, spending will more than double again, to $9.06 billion. Much of that growth is coming from mobile, including tablets.

Something to watch will be their ability to create and innovate additional products that potentially don’t exist in the category.

Mike Cano, President at AP&P Solutions, tells Portada that the “purchase of AOL creates an opportunity for Verizon to increase their overall marketing efforts to Hispanics. As Hispanics, we over index in just about every mobile category. I would think that Verizon will want to leverage AOL to expand their services and product offerings for Hispanic consumers.”

Verizon needs to become more like the companies that successfully have created core digital content and ad businesses. The AOL platform will help.

“The legacy telecom companies realize that as they try to develop new avenues for growth—in Verizon’s case via digital content such as video delivered through FIOS, Verizon Wireless, and as an over-the-top service available via any broadband connection—effectively monetizing those services will be a critical part of the profit equation,” Bill Menezes, an analyst with Gartner, told Ars. “Verizon needs to become more like the companies that successfully have created core digital content and ad businesses—Google and Facebook notably—and the AOL platforms are a part of what they need to make that happen,” Menezes concludes.

And the #Portadalat Award Finalists Are…….