A Utah journalist is launching a Spanish-language newspaper in Utah. Reinaldo Escobar says The Spanish Times is filling a need for the state’s Latino community after two Spanish papers operated by the Deseret News and The Salt Lake Tribune closed in recent years. Escobar used to work for the Deseret News’ publication, El Observador de Utah. El Observador later changed its name to Okespanol. But it closed earlier this year and is now only available as a website. Two years ago The Salt Lake Tribune closed Ahora Utah!. 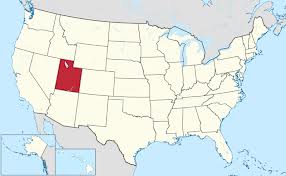 Escobar says The Spanish Times will reach out to the state’s Latino community and non-Latino Spanish speakers such as Mormon missionaries who may read it to help their language skills. The Salt Lake Tribune reports that Escobar initially plans to publish 5,000 copies twice a month.The first edition is available for free at many Latino businesses and some grocery stores. The next edition is scheduled for Sept. 29.

Escobar seeks to expand his audience and advertising beyond just Utah Latinos with a unique-to-Utah tactic: also targeting the state’s non-Latino Spanish speakers — especially returned LDS missionaries — who may want to read it to improve their Spanish skills. In fact, the few English words in the paper’s first edition include the newspaper’s name, and a slogan beneath it saying, “Improving your language skills with the news.”

“We live in a bilingual society. The name [in English] reflects that,” Escobar says. “It may also help attract former LDS missionaries, who I think would be interested in using it to help their language.” But he says the paper’s main goal is to give the Latino community a mouthpiece, and something to bind it together with its native tongue.

“We need a voice,” he says. “We have been invisible in recent years,” saying Latinos have often been attacked in politics, saw a state Latino commission disbanded, saw some traditional cultural celebrations canceled and often have been relegated to low volume in immigration debates. “We need to be heard.”

After working as a journalist in his native Colombia and for The Washington Times, Reinaldo came to Utah a few years ago to work for El Observador de Utah, a Spanish newspaper operated by the Deseret News. It folded earlier this year. Ahora Utah, which had been operated by The Salt Lake Tribune, closed last year.

Utah’s Deseret News is closing the print edition of Okespañol, Portada has learned. Okespañol had not been profitable for three years and its publication will stop in mid-March. The digital edition Okespañol will continue to be published.

Okespañol had not been profitable for three years

In May 2012, The Salt Lake Tribune, owned by Media News Group, ceased publication of its Spanish-language newspaper,  Ahora Utah, because of the “challenging economic environment,” according to Tribune Deputy Editor Tim Fitzpatrick.