Utah’s Deseret News is closing the print edition of Okespañol, Portada has learned. Okespañol had not been profitable for three years and its publication will stop in mid-March. The digital edition Okespañol will continue to be published.

Okespañol had not been profitable for three years

In May 2012, The Salt Lake Tribune, owned by Media News Group, ceased publication of its Spanish-language newspaper,  Ahora Utah, because of the “challenging economic environment,” according to Tribune Deputy Editor Tim Fitzpatrick. 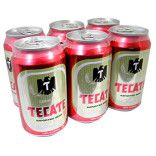