What: HOLA!, one of the largest celebrity magazine franchises with 33 editions worldwide in nine languages reaching 25 million readers every week, last week launched its print edition in the U.S. Hola! USA is exclusively produced for the U.S. market and will be published 7 times a year. An innovative feature is the fact that subscribers will be able to choose between an English and Spanish version of the magazine.  In 2013, parent company Hola Media Inc. launched a cable television channel in Miami that currently reaches nearly 12 million households in Latin America and the United States.
Why it matters:  Hola’s launch in the U.S. is a significant digital and print addition to the U.S. (Hispanic) market. Portada talked with industry insiders Daniel Villaroel and Lucia Ballas-Traynor to assess the launch. 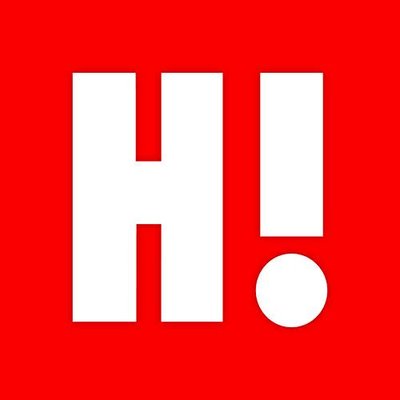 Following months of hard work and preparation, HOLA! USA magazine’s first print edition created in the United States, is on sale on newsstands nationwide. With an exclusive story on Eva Longoria‘s new life after marrying Pepe Bastón, the magazine, like the website HOLA.com is the result of the work of Hola USA’s team or approximately 20 professionals based in downtown Brooklyn, NY.

“Every day we provide our readers with Anglo and Hispanic content in both platforms from our newsroom in Brooklyn, which has more than 20 professionals who work closely with our sister brand, ¡HOLA! TV, to provide the reader with a real 360 approach to content,” said Editorial Vice President Cristy Marrero in a statement.  Hola USA occupies offices next to impreMedia, the Hispanic digital and print media company in Brooklyn’s Metrotech business and educational center in Downtown Brooklyn.

“We want to continue to be the bearers of good news and big exclusives,” said Eduardo Sánchez-Pérez, President of Hello & Hola Media, Inc. “¡HOLA! is a feeling of familiarity that has always been there and has never failed you. It is a brand trusted both by the readers and the stars; one which for over 70 years has offered the best and most exclusive news and stories of the social world and royalty, as well as important events in the lives of the stars,” expressed Sánchez, third-generation member of the Sánchez-Junco founder family.

“It is true that the Spanish edition of ¡HOLA! magazine’s Spain was already being distributed at a national level, but the great novelty is that now we will have the quality and journalistic experience of ¡HOLA!, but made in the United States, presenting stories on people who make a difference in this country with style and distinction. It will be available in Spanish as well as English, since those who subscribe to the magazine have the option to request it in either language,” said Sylvia Banderas Coffinet, Publisher/VP of Integrated Sales for HOLA! USA and HOLA.com USA. 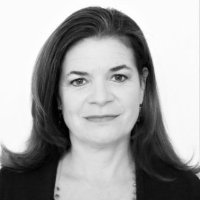 Portada: What do you think about Hola’s strategy to offer the magazine either in English or in Spanish in the U.S?

Daniel Villaroel: “I’m intrigued by Hola’s strategy not because the magazine is in English and Spanish but because they thought of creating language agnostic content for the U.S. Hispanic consumer and then delivered it in the consumer’s language preference.  The creators of the magazine obviously have their finger on the pulse of this market and served up the content in a way that hasn’t been done before.  My only critique is that advertisers should be savvy enough to assure the ads in the respective issues are also in the preferred language. What will be interesting in the long run is what the language split will ultimately be.  Regardless, it’s a win for the US Hispanic consumer and for Hola because they are transcending language.”

Lucia Ballas-Traynor: “I commend them for offering the magazine in both languages.  However, what I have learned over the years after testing content in Spanish and English is that relevancy trumps language proficiency (especially in print). They will need to find a way to tailor their content, which traditionally focuses on European royalty, to be relevant to U.S. Hispanics. I don’t think that an English-speaking, acculturated Latina would care about the Spanish Monarchy, regardless of language used. But they might care about a Selena Gomez story written from a uniquely Latina perspective.”

Portada:  What do you think are key features for an entertainment digital, print and TV property to be successful in the Spanish-language market in the U.S.?

D.V: “Content is king regardless of language; there are no short cuts.  The content in Spanish should be as intriguing as it is English & vice versa.  Hispanic consumers want to be mentally stimulated and engaged no matter the language.  We’ve seen an elevation in quality in Spanish language TV and print over the past few years and this new offering from Hola further solidifies that content needs to be created that’s engaging.”

L.B.T: “I hate to say this but success in media nowadays (as it relates to advertising sales) is measured by scale (ability to reach a broad audience en masse) and the availability of the content across multiple screens.  It’s also important to offer high-quality content of interest to U.S. Hispanics – it’s not enough just to be in-language. Hispanic media are competing not only with each other, but with a slew of popular, high-quality English-language options. Content must be relevant, entertaining, and premium, while focusing on the passion points that resonate with U.S. Hispanics. In English, the value proposition needs to be extremely compelling and unique in order to be able to compete with 100s of options (as opposed to a handful of choices in Spanish language).”