What: The 2017 season saw Formula 1 register an increase in audience figures across both TV and digital platforms compared to the previous year. Brazil was the 2nd strongest market with a 13.4% audience growth.
Why it matters: Brazil is still the biggest TV market with more than 76 million viewers. 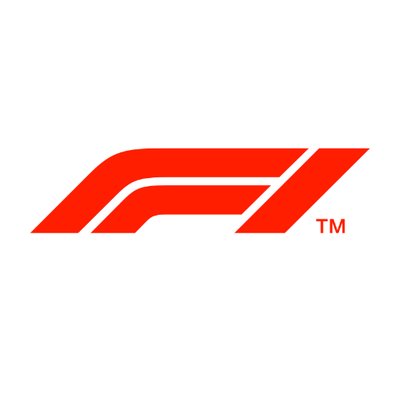 The 2017 season saw Formula 1 register an increase in audience figures across both TV and digital platforms compared to the previous year, with F1 the fastest growing sport brand on social media platforms.

The TV cumulative audience – i.e. the aggregate of the average audience of all the F1 programs broadcast across the year – in the top 20 markets* (based on ranking of TV audience) stood at 1.4 billion, which represents an increase of 6.2% compared to 2016.

Cumulative viewing (live and non-live) of races remained at around 603 million, with a 1% increase in the live audience and improvements in cumulative viewing for both free practice and qualifying sessions.

The improvement compared to 2016 was up to 54.9%, which made Formula 1 2017’s fastest growing sport brand on social media, as shown in the table below:

On Facebook, the minutes of video viewed were up over 1,600% compared to 2016, reaching more than 390 million, thanks mainly to the qualifying and race highlights, the most seen content, especially for the races held in the Far East.

Brazil is still the biggest TV market with more than 76 million viewers, despite a slight decrease (-1.8%) compared to 2016.

Unique users of Formula 1’s official website and app reached a total of over 124 million, with an increase of 7.5% compared to 2016. Formula1.com users grew by almost the same percentage, while users of the app grew by 1.7%, but the number of sessions was up by 37.7%.

“We are encouraged by the growth in audience numbers across linear and digital platforms during the 2017 season,” commented Sean Bratches, Managing Director, Commercial Operations at Formula 1.“Central to our efforts last season was to improve the fan experience across our platforms and it is encouraging to see the engagement that fans around the world have with Formula 1 media. Our work continues as Formula 1 fans will see material changes in 2018 with respect to both incumbent experiences and the creation of new ones. It is a good time to be a Formula 1 fan.”

What: Univison teams up with TWC and Bright House to broaden its reach and offer access to content for digital platforms and VOD. TWC and Bright House Networks will be among the first distributors to have Robert Rodriguez’s El Rey Networks.
Why is it important: Media companies in the United States are building or strengthening their  partnerships in order to better reach Latino audiences in shared markets nationwide. Says Tonia O’Connor, Univision’s president of content distribution, that “Hispanics represent a significant growth opportunity for distributors”.

Spanish-language media giant Univision Communications prepares to reach an ever-growing Hispanic audience in the United States, thanks to a new deal it has just signed with Time Warner Cable and to Bright House Network’s launching of two Univision networks, featuring sports and soap operas (“telenovelas”).

This deal’s financial terms were not disclosed, but the pact came well in advance of the expiration of the companies’ current arrangement and was reported as not contentious.

Such multiplatform arrangement provides continued distribution for the main Univision broadcast network, its secondary network UniMás and cable entertainment channel Galavisión, plus a slate of new networks: Univision Deportes, telenovela network Univision tlNovelas, and FOROtv, a feed of the Mexico City-based news network owned by Grupo Televisa, a minor stakeholder in Univision. The deal will also provide Time Warner Cable’s customers access to content for digital platforms, including its video-on-demand service and “TV Everywhere” offering that allows subscribers to watch shows when they are away from home on their tablets or laptops.

Bright House Networks will also be among the first distributors to carry the El Rey Network (beginning January 2014).

TWC and Bright House were ranked among the Top Ten Multichannel Video Service Providers in the United States, by number of subscribers, in 2012: