What: Univison teams up with TWC and Bright House to broaden its reach and offer access to content for digital platforms and VOD. TWC and Bright House Networks will be among the first distributors to have Robert Rodriguez’s El Rey Networks.
Why is it important: Media companies in the United States are building or strengthening their  partnerships in order to better reach Latino audiences in shared markets nationwide. Says Tonia O’Connor, Univision’s president of content distribution, that “Hispanics represent a significant growth opportunity for distributors”.

Spanish-language media giant Univision Communications prepares to reach an ever-growing Hispanic audience in the United States, thanks to a new deal it has just signed with Time Warner Cable and to Bright House Network’s launching of two Univision networks, featuring sports and soap operas (“telenovelas”).

This deal’s financial terms were not disclosed, but the pact came well in advance of the expiration of the companies’ current arrangement and was reported as not contentious.

Such multiplatform arrangement provides continued distribution for the main Univision broadcast network, its secondary network UniMás and cable entertainment channel Galavisión, plus a slate of new networks: Univision Deportes, telenovela network Univision tlNovelas, and FOROtv, a feed of the Mexico City-based news network owned by Grupo Televisa, a minor stakeholder in Univision. The deal will also provide Time Warner Cable’s customers access to content for digital platforms, including its video-on-demand service and “TV Everywhere” offering that allows subscribers to watch shows when they are away from home on their tablets or laptops.

Bright House Networks will also be among the first distributors to carry the El Rey Network (beginning January 2014).

TWC and Bright House were ranked among the Top Ten Multichannel Video Service Providers in the United States, by number of subscribers, in 2012:

Chevy’s Maria Rohrer: “We celebrate Silverado owners who are as dependable as their trucks.” 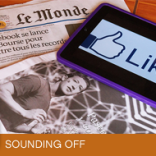 Sounding Off: Juan Saldívar “5 Survival tips to keep your job as a Publisher or Editor the next 18 months”