What: Digital performance and retargeting company Criteo is investing in the expansion of its Latin American business by growing its Miami operation.
Why it matters: Criteo is a major ad-tech company and its expansion in Latin America amounts to a vote of confidence in the development of the digital markets in the region. While the company has had a Brazilian unit for some time, it is now significantly expanding its presence in Spanish-speaking Latin American through its growing Miami operation. It will also launch local market units in selected Latin American countries in 2017. 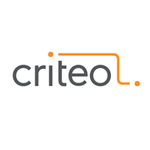 Companies Criteo is working with in the region include Dafiti, Mercado libre, Linio and Despegar.

With the hire of Juan Pablo Suarez there are now 5 employees in the Miami sales team. Criteo’s Miami office is led by Alexander Firmino, Managing Director Latin America. Criteo is looking to set up in-country operations in some key markets in Spanish-speaking Latin America in 2017. Criteo is  a digital platform for performance focused on delivering results for clients.  The platform includes direct deals and real-time bidding including display, native. E-Commerce and travel brands are key customers of Criteo. Companies Criteo is currently working with in the Latin American space include Dafiti, Mercado libre, Linio and Despegar. According to Suarez, the banking and automotive categories are particularly large opportunities for Criteo’s Latin American expansion.

CHECK OUT: What role for Miami in Marketing, Media and Tech?