Yesterday’s announcement of the FCC, by which the U.S. regulator allows foreign ownership of Univision to exceed the mandatory 25% ceiling up to 49%  is major news. As a result of the ruling, Televisa will increase its stake to 40%. 6 ways this may impact the largest media company targeting Hispanic audiences in the U.S and the multicultural marketing space.

1. A “White Knight” Rescue for Univision 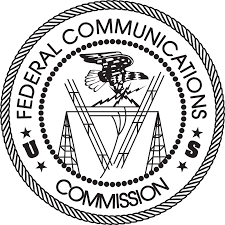 The FCC ruling is a big relief for Univision. “Without this ruling, Univision would remain cash strapped, hindering its ability to pull itself out of the current ratings slump,” Court Stroud a long time Hispanic TV executive tells Portada. “The company would continue to decline, either divesting divisions or holding a fire sale. The FCC decision is a white knight rescue for Univision,” Stroud adds.

2. Televisa gets Effective Control of Univision

By swapping debt into stock, the Mexican media giant Televisa now is by far the largest shareholder in Univision. In addition to the sizable economic and political interest the Mexican broadcaster has in Univision, it also gets significant royalties from Univision’s Spanish-language media sales. Televisa supplies about 35% of Univision’s television programming and more than half of its content across other platforms. In fact in a MOU (Memorandum of Understanding) with Univision of July 2015, Televisa negotiated higher royalties for 2018 and beyond. “Effective January 1, 2015 and through December 2017, the royalty rate on substantially all of Univision’s Spanish-language media networks revenue is 11.84 percent. Starting January 1, 2018, the royalty rate will increase to 16.13 percent.’ Televisa has a tremendous vested interest in Univision’s growth (even more if we take into account that Univision’s revenues are in dollars while the Mexican peso – Televisa is a Mexico City headquartered company – has seen a substantial devaluation since Trump became president-elect in the U.S).

Univision’s longtime rival Telemundo has seen gains in its prime-time lineup. This is attributed to the fact that Telemundo specifically invests in content targeting U.S. Hispanics. Televisa Spanish-language programming is mostly targeting the Mexican consumer and re-aired in the  U.S. Televisa now has an increased incentive, because of its higher stake in Univision, to produce content for Univision that specifically targets the U.S. Hispanic consumer, including bilingual and English-dominant audiences. More and better content in the U.S. Hispanic TV and video markets should provide better options for the Hispanic consumer and beyond.

4… and  for Marketing the new U.S. Sports Broadcast Rights of Mexican Soccer Clubs

While Univision lost to Telemundo the 2018 and 2022 World Cup broadcast rights (or it just didn’t want to pay as much), it still has a very sizable amount of broadcast rights including UEFA match rights as well as MLS and Mexican National Team performances in the U.S. In fact, it is well-known in the market that Univisioin recently bought U.S. broadcast rights of several Mexican Soccer Teams from Azteca America (including those of Atlas, Santos Laguna, Monarcas  de Morelia and Club Tijuana, Azteca will keep the rights for these clubs in the Mexican market).

5. Less of a Debt Burden for Univision … 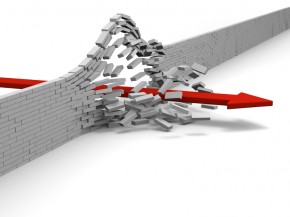 In addition to a somewhat lackluster rating performance, what mostly has plagued Univision over the last few years is its very high debt load (US$ 9.3 billion at the end of 2015). This is the result of the 12.3 billion LBO (Leverage Buyout) of 2006, done at the top of the  market, which was led by financier  Haim Saban and other private investor groups. Struggling to make payments the company cut back on programming and late last year announced staff cuts of approximately 250 employees. Now with the increased Televisa stake and less debt, Univision’s financial freedom has increased.

6…. and less Pressure for an IPO, which Becomes less Likely

With the increased Televisa stake and investment Univision has less of a need to look for financing at events like an IPO. At current stock price levels of major U.S. broadcasters (depressed due to cord cutting and  other factors), Univision’s IPO price would be way below the US $ 12.3 billion valuation of the 2006 LBO. In fact, under this new scenario it is very unlikely that an IPO will happen anytime soon. However, in today’s press release Univision still talks about an IPO: “The FCC’s decision will enable Univision to accommodate increased foreign investment that may result from share purchases by the public in an IPO while enabling Televisa (an existing investor in, and business partner of, Univision) to increase its current equity stake in the company.”