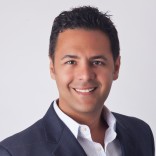 Steve Swartz just got promoted to president of Hearst Corp.  Swartz has been working for Hearst since launching business magazine  SmartMoney  in 1992.  In March 2011, Hearst CEO Frank  Bennack promoted him to corporate chief operating officer from Hearst Newspapers president, and this past July he was elected to the 13-member Hearst Corp. Family Trust.

Swartz was only 37 years old in March 2000 when his SmartMoney career culminated with his being the youngest (37 years old) of the TJFR Business News Reporter-selected “100 Most Prominent People in Business Journalism in the 20th Century.” Hearst Newspapers and its presidency (2009) followed before his move last year to corporate.

Swartz, at the time president of Hearst Newspapers,  was interviewed by Portada publisher Marcos Baer at the keynote Interview during Portada’s Fifth Annual Hispanic Digital and Print Media Conference in 2010 (see video below). Swartz spoke about his view of the future of the media landscape and about Hearst’s Hispanic oriented newspapers.
http://youtu.be/53H_i5Ei2ac