What: DiDi Chuxing, the Chinese ride-hailing company, has begun advertising available jobs in Mexico City. They plan to launch a smartphone app and hire drivers this year. DiDi Chuxing is the second-most highly valued, venture-backed private firm in the world just after Uber.
Why it matters: DiDi Chuxing expansion into Latin America bodes well for increased Latin American marketing expenditures in the very competed ride-hailing sector. Ride-hailing companies heavily depend on their users downloading their app. Therefore app marketing spend in particular is expected to grow. 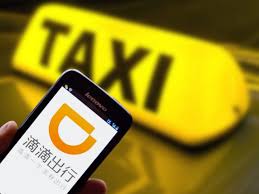 During the past two weeks, there have been several job postings on LinkedIn for DiDi’s expansion into the Mexican market. The firm’s interest in Latin America, a market where Uber doubled-down after DiDi drove them out of China, has been public since last year. They plan to launch a smartphone app and hire drivers this year, although they have not disclosed the specific cities to be taken into account in the expansion.

Globalization is a top strategic priority for DiDi.

We’ve been hearing about DiDi Chuxing’s internationalization efforts since 2015, when the firm invested in India’s Ola and USA’s Lyft. They increased their global presence in 2016, investing on Brazil’s 99 Taxis, a firm they have agreed to purchase, adding 14 million registered customers to their 450 million active users. However, it was their teaming up with Japan’s SoftBank that called the West’s attention: now valued at more than US$56 million dollars, DiDi is the start-up with more private funding in history. According to Cheng Wei, founder of the company,“globalization is a top strategic priority for Didi.”

In December, the firm announced plans to open operations in Mexico, where Uber has established a stronghold with seven million users across 43 cities. If we consider that Mexico City is the third biggest market in Latin America for Uber behind Sao Paulo and Rio de Janeiro, we find that old rivalries between Uber and DiDi will be stronger than ever. Even though DiDi had been investing in other ride-hailing companies, this will be their first international expansion, marking a turning point for the firm.

In 2017, 40% percent of Mexicans used a smartphone, which means there is a huge segment of the population with access to ride-hailing services. The arrival of DiDi not only means competition for taxi drivers, but also for app marketers. One strategy that has worked so far for the cab industry is referral marketing, where users get discounts or free rides if they share the app with their friends. But what can they offer, and how can they make sure users will spread the word? Here, companies have an opportunity to differentiate themselves from companies offering the same service.