What: Brazilian all-time great Ronaldo has agreed to purchase La Liga side Real Valladolid for just over US $35 million.
Why it matters: His ownership gives immediate credibility to the squad, though the challenges of ownership are many, even for someone of Ronaldo’s noted business acumen. 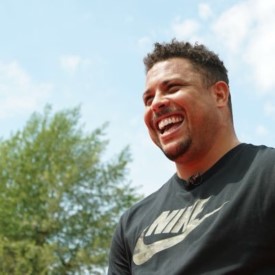 Sometimes iconic figures as owner of clubs work out well, but sometimes they can be humbling. Ask Miami Marlins (@Marlins) owner Derek Jeter, whose first year running baseball operations as the main part of his CEO role and minority ownership how quickly cheers can turn to quizzical looks.

La Liga (@LaLigaEN), which has certainly made its share of waves and generated more buzz than usual as the 2018 season starts, did so again this week, when another of the world’s brightest stars assumed a new ownership position that can have global implications.

This week it was announced that Brazilian icon Ronaldo (@Ronaldo) is set to become the president of La Liga club Valladolid after paying €30 million (a little over US $35 million) to become their leading shareholder.

The deal will bring an end to months of negotiations between Valladolid (@realvalladolid) and Ronaldo and will mean the former striker has beaten back Mexican businessman Ernesto Tinajero to take control of the club.

Valladolid, one of the clubs which can gain great value by aggressively pushing its brand around the world in the coming year, was promoted to La Liga this season and started by drawing with Girona and losing 1-0 to Barcelona.

The move for Ronaldo is seen as a natural progression in the game for one of its biggest stars, who previously had a stake in the Fort Lauderdale Strikers of the NASL before the league folded, and has expressed a desire to run a club in Spain or England before becoming involved in the Brazilian Football Federation. Having star power associated with a club not named Real Madrid or Barcelona will be a boon for LaLiga as it looks to grow its overall brand globally outside of those two elite clubs. 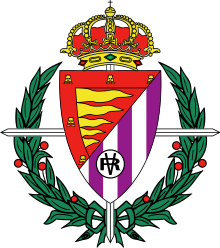 The casual fan awareness of a club like Valladolid will only go up with Ronaldo in the boardroom, spending time on the business side vs. the pitch. It also can’t hurt the current push for La Liga to expand its window of matches beyond its borders, and is the exact type of club brand recognition that the league will need to attract larger media contracts and more global brand partners, especially in growth areas like the United States and China, into the future.

Now, of course, having Ronaldo at the helm is not the only answer for a club that is still in a mix of relegation going forward for the short term. A star player now off the field can only do so much, and the political football of signing and developing players is one of culture and overall business expertise for the long term.

However for a league looking to grow its footprint, having elite stars involved in club operations more widely certainly doesn’t hurt, especially as the push for new markets and new business opportunities becomes a much larger focus. Ronaldo the player was always one to watch; now Ronaldo the businessman is in the spotlight as well.