Mobile apps are at their peak. As a result, we will be seeing many ad-tech companies developing specific mobile apps and mobile app advertising for each market under one same platform. As a result, mobile app producers will have to increase the benefits and offerings that are provided by existing apps. Here are the top four mobile app predictions for 2017, by Portada’s digital media correspondent Pedro Labarta.

1. Smart prices will take over.

Apps focused on the sale of products will have to become smart bots. That is because buying  sensitivities vary depending on region/country. Producers of mobile applications will have to use individual user data along with location at the time of sale in order to achieve better profits. For example, people in Mexico may not be willing to pay the same amount for a particular product as do people in Spain. Companies will be able to classify purchases according to the algorithm needed to quickly adapt to each market. As a result, they will also be able to unify inventories and databases.

This will be the year in which businesses such as agencies will be able to safely, quickly, and effectively monetize applications and mobile app advertising. For example, a clothing brand will be able to pay for an in-app ad when the user is searching for a specific application. Or pay for an ad even within the app itself. And brands will also be able to do it a crucial moment of the game or video where the advertiser wants its ad to appear. This will help advertising networks improve their performance. It will also boost their revenues once this feature kicks in by mid-2017. It will lead to higher satisfaction rates and more business opportunities for all. 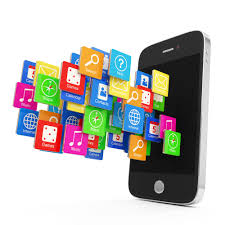 Apple, Samsung, and Google specialize in mass consumer products. The smartwatch is not a great product because it does not replace the phone. That same can be said of Apple Pay. It has not replaced the credit card. Also, not everyone wears a watch, while most everyone uses a smartphone. This is another problem faced by large companies that have failed to build an adequate ecosystem and a monetization model for smartwatch developers. With development not being financially viable, developers will stop creating for it and instead focus on creating for apps for TV, etc. This will open a new source of revenue for publishers, leading to better content and a better advertising platform that makes it a win-win for everyone.

Messaging has tapped out, so entering this market is too complicated these days. The focus now should be on developing message extensions, where we can take advantage of the billions of people already connected on them.

We are already seeing specific developments for iMessage from Apple and Facebook Messenger. Instead of opening an application such as Skype separately, users will use a face-to-face extension within the messaging application with which they are already familiar.

This will be the year in which businesses such as agencies will be able to safely, quickly, and effectively monetize applications.

Extensions will not stop there, however. They will be used for everything, including some tools we are already used to seeing in our email. They include calendar invitations, unread text markings, current status, and functions that will be carried out within our specific message groups. Bots and AI were launched in 2016, but they still do not work very well. In 2017, we will see strong breakthroughs in bot intelligence and more implementations in our everyday technology. Many of today’s most promising video messaging and walkie-talkie apps will soon find themselves competing against and potentially missing out on a well-implemented app extension.

However, bot technology will see its strongest boom in late 2017. 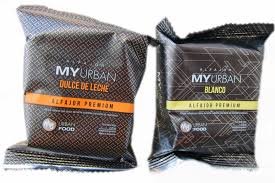 Portada: What are Brand Networks’ plans to expand in the region?
PL: “BN plans to expand aggresively in the region by first entering through Mexico, as it is one of the countries with highest penetration of social networks. We will then continue expanding in other markets such as Chile, Colombia, Argentina, Panama and Costa Rica.”

We will first establish a presence in Mexico and then continue expanding in other markets such as Chile, Colombia, Argentina, Panama and Costa Rica

Portada: What about the product range?
PL: “BN has a single product as it is a platform for managing your social networks (Facebook, Twitter and Instagram), being the only platform that handles these three social networks in LatAm for management and operation. For the time being, the whole operation will be managed from Mexico to the rest of Latam, where we are building a team that gives 24/7 support to customers in their language.”

Portada: Is social media (Social Paid) buying a data-driven science or an art? or, is it mixture and why?
PL: We do not buy inventory but offer a platform where the users can manage their inventories in a more organic and easy way, which in turn, optimizes their budgets and reaches the right audience. Now, Paid Social is based on data; without the data social networks offer and our Open signals software, our algorithm would not work properly and manage to get the best information in order to achieve the best results for our clients’ campaigns.

Portada: Being a veteran in the Latin American Internet: At what stage do you think the sector is at? Do you think that a bubble like last decade’s may happen again?
PL: “I think in LatAm, we are again in the right position to tap  e-commerce in different countries, with big players in each market (here, we still need to educate final users more so that they are confident in paying with their credit cards or other online payment method.) Advertising is growing  in double digits YOY, but mobile advertising is what I see growing the most,  from APP to APP retargeting to advertising targeted to users in social networks. I do not think we will have another bubble as that of  early 2000s. However, the time to invest in advertising campaigns and better technologies for e-commerce is now. The boom should happen in 2016.”