At Portada Miami, over 300 brand leaders and decision makers gathered to hear our outstanding speakers and witnessed the official launch of Portada’s brand new council system. With topics ranging from payment systems and connected cars to out-of-home advertising, marketing in Latin America, and esports, attendees received a varied and complete glimpse into the future of marketing. 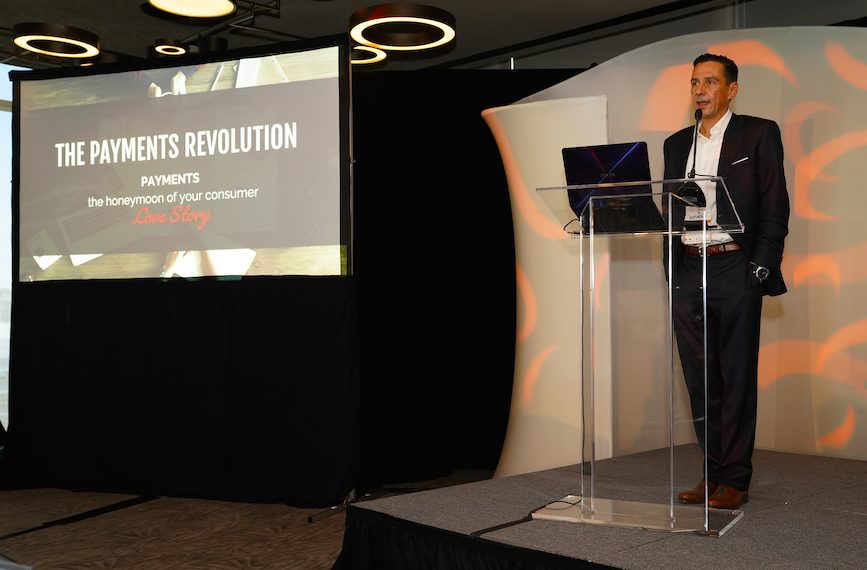 After months of organization, Portada Miami took place on April 19 at the exclusive East Hotel in Brickell. Over 300 executives got together last Thursday for the carefully curated list of conferences that opened with Mexican innovator and CEO of TelePay Patrick Becker‘s talk titled The Payment Systems Revolution. What can marketers learn from the advance of new payment systems? How do new payment systems change the approach to e-commerce and traditional POS systems?

What is next is ‘back to the future’: connecting with consumers in an impactful way will never go out of style; the question is how you do it.

After the official launch of Portada’s brand new Council System, attendees heard about the perspective of César M. Melgoza, CEO & founder of Geoscape, recently acquired by Claritas, on data-driven digital and mobile advertising. “What is next is ‘back to the future’: connecting with consumers in an impactful way will never go out of style; the question is how you do it,” said Melgoza.

Other talks on technology included a panel on connected cars, the new technology that’s being used by car rental companies such as Avis Budget Group. Ricardo Casco, from Global Sales and Integrated Marketing Strategies at Avis Budget Group, introduced this emerging technology as a means to build loyalty from the foundation. 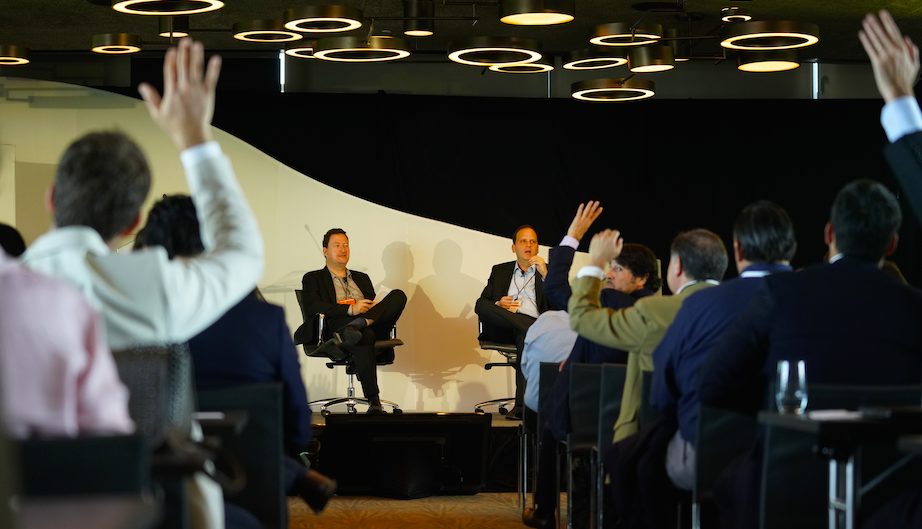 Attendees could also get a good idea of the future of marketing in Latin America thanks to two interviews conducted by Portada. First, president of Portada Marcos Baer interviewed Ricardo Arias-Nath, CMO of PepsiCo Beverages Latin America, to get his views on how marketing strategies should adapt to the new realities of the Latin American consumer. “Online subscription models are changing marketing. Brands of the future have to be top of mind or top of algorithm,” Arias-Nath asserted. Later, Portada’s head of content Janet Grynberg asked CEO of GroupM Latin America José María Sanabria about the firm’s new panregional approach. About this, Sanabria pointed out that “Advertisers should stay in Miami; it makes a lot of sense to see the region as a whole.”

What we’ve got to do is build content around our players, give them a voice. 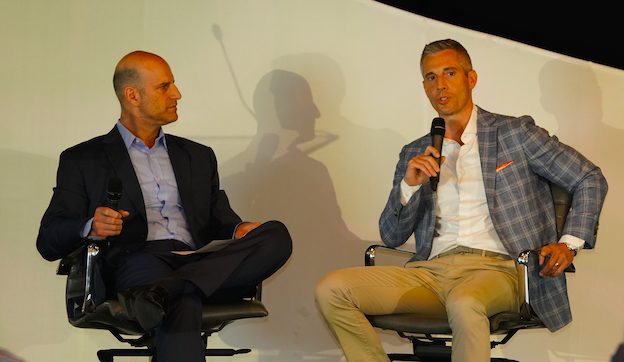 The audience of Portada Miami also had the opportunity to listen to interesting discussions on passion-point marketing (e.g. sports and travel), like the talk between Chip Bowers, president of the Miami Marlins, and Michael Neumann, EVP, MD, at Scout Sports and Entertainment. In this conversation, Neumann asked the Marlins’ new president of business operations about his plans to further the Marlins’ quest to re-engage and expand baseball business in the diverse South Florida market and beyond after joining the team from the reigning NBA Champions Golden Gate Warriors. “Fans have an understanding and appreciation of players as much as they do of brands,” said Bowers. “What we’ve got to do is build content around our players, give them a voice.”

For a talk on soccer in the U.S. and Latin America, Jan Gerits, MD of Transformation Latam at Omnicom talked to Jill Leccia, Senior Marketing Director at Gatorade Latin America. They discussed exciting initiatives like 5v5, which encourages young soccer players in 25 countries to pursue their dream of becoming football players. 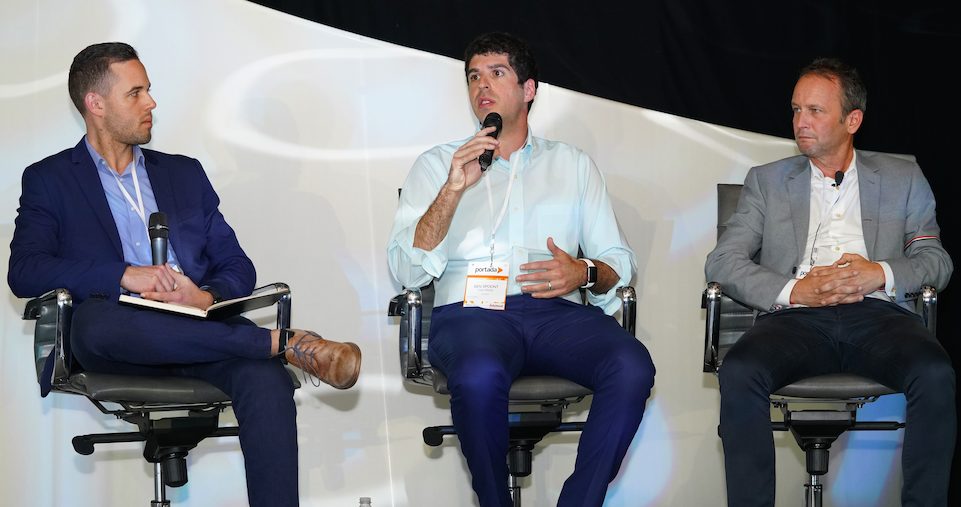 In an interesting mix of technology and passion-point marketing, attendees witnessed an exciting discussion on eSports and gambling, which generated a great response from the audience. Even though for some the idea of watching an eSports tournament sounds weird and even boring, Ben Spoont, founder & CEO of team Misfits, and Chris Dougan, Head of North America Communications, Genius Sports recommend all skeptics to go watch the content before thinking it’ll be boring. “In all of esports, the fastest growing market is Latin America. The engagement for new fans is really off the charts, and working with the MiamiHEAT will help that market grow in Florida,” stated Spoont.

Online subscription models are changing marketing. Brands of the future have to be top of mind or top of algorithm.

Later in the day, members of Portada’s travel marketing board, including chair of the board Trip Barrett, head of Travel Marketing content, addressed the difficult problem executives in the travel industry have to face when customers go through the elite status threshold. How do you keep them from turning to the competition? Alan Duggan, Regional VP, Business Development at Meliá Hotels and Álvaro Valeriani, Regional VP, Sales & Marketing Latam & Caribbean at Hyatt Hotels, were guided by Barrett through this discussion to try to solve the problem.

In conclusion, Portada Miami attendees had the opportunity to listen to the voices in charge of the future of marketing and innovation. From the way technology determines new ways to create loyalty and master trends like e-commerce and esports, to how sports are a means to fuel young dreams and help them get to the top, there was a feeling permeating the air that the future is already here, and Portada Miami was the best place for the right people to start discussing how to tackle it. All this without saying, the view was to die for. Are you regretting not being there? You’re still on time for Portada LA on May 10! 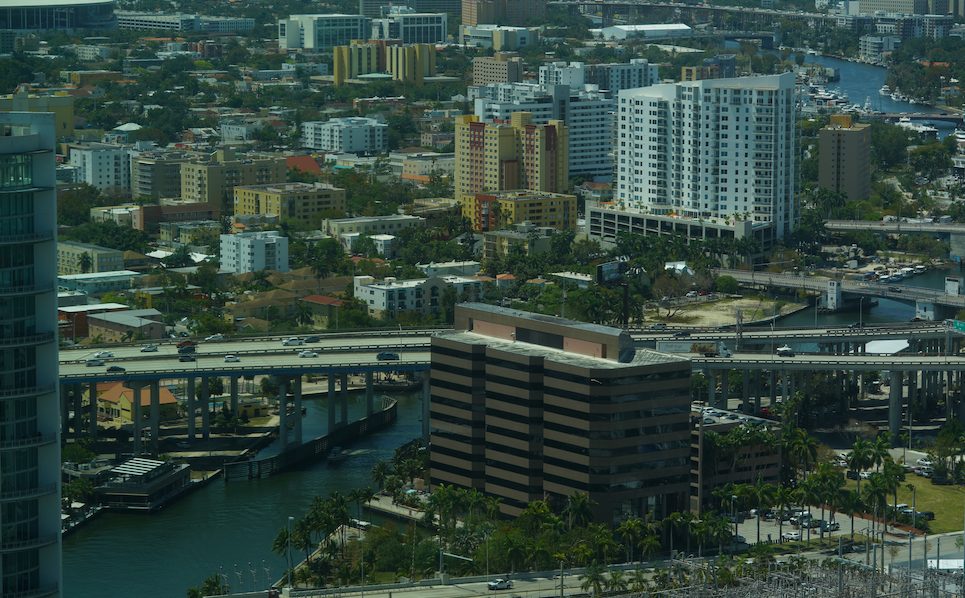