The Associated Press scraped the term ‘illegal immigrant’ from its stylebook in April, but it does not seem the editors and software engineers at Google read the widely known stylebook, at least until very recently. Until a few weeks ago, the internet company’s translating site was translating the word “indocumentados as “illegal immigrants’. 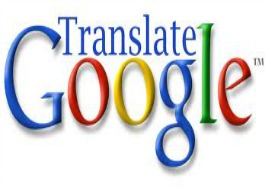 However, if you check the Google Translate site now to find out how it translates “indocumentados”, you’ll see that it renders the word as “undocumented.”

Apparently, as Care2.com writes, the change is all the more welcome as, after ABC’s Rivas at first discovered Google Translate’s inaccurate ’s rendering of indocumentados and contacted the company, a Google spokesperson indicated that Google Translate would keep translating indocumentados as “illegal immigrant.” “Since the translations are generated by machine, they’re not always perfect, but we’re constantly working to improve the quality of our algorithms, and we appreciate this feedback,” the company said via a statement.

A lot was at stake in urging Google to change how its software rendered indocumentados. The phrase “illegal immigrant” carries a host of pejorative associations that can have a huge influence on how the public sees immigrants and people of color,

Several immigrants’ rights organizations like Define American and progressive news outlets like Colorlines have been spearheading the opposition to the use the term “ilegal immigrants”. Much of the credit for pushing for the change goes to Jose Antonio Vargas, the founder of Define American and a Pulitzer Prize-winning journalist and activist who came out as undocumented two years ago.

In March of 2013, Google chairman Eric Schmidt signed a letter addressed to President Obama that called on him to “enact immigration reform this year.” As Rivas points out, translating indocumentados as “illegal immigrants” is “dehumanizing” and could actually impede efforts to “put forward fair and humane solutions for immigration reform” such as Google’s own top executive has championed.