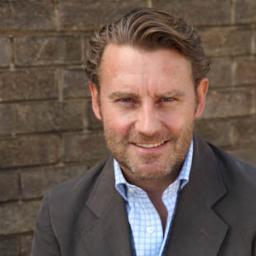 Steve Williams was named CEO, North America, at GroupM agency Maxus. Previously, he was president of Omnicom media agency PHD New York. Prior to joining PHD two years ago, he spent five years as CEO of OMD in the U.K.

Entravision Communications Corporation has appointed Diana Zamudio to Senior Vice President of Integrated Marketing Solutions for the El Paso, Texas market. In this role, Zamudio will be responsible for integration and growth of broadcasting advertisement mediums for local and international executive accounts. She will also help facilitate the expansion of sales revenue across Entravision’s radio, digital and mobile properties and its marketing services.She previously served as a General Sales Manager at Entravision El Paso. She holds a Bachelor’s Degree in Business Administration from the University of Texas at El Paso.

Jackie Hernandez has been promoted to chief marketing officer of Hispanic Enterprises & Content at NBCUniversal.In her new role, She will supervise a team to help drive Telemundo integration across the entire NBCU portfolio, will continue to oversee marketing and consumer research and lead partnership development strategies across NBCU´s platforms.she will continue to be based in New York and report to Joe Uva, chairman, Hispanic Enterprises & Content.In the past, Hernandez was publisher of People en Español and Teen People and also held marketing positions at Turner International Sales and at Time magazine.

Luis Silberwasser, has been named President of Telemundo Network, to be effective in August. He will report to Joe Uva, Chairman, Hispanic Enterprises and Content, NBCUniversal and will be based in Miami. In his new role, Silberwasser will be responsible for the Telemundo broadcast network and for developing and executing the Spanish-language network’s entertainment, sports and news growth strategy.He was Executive Vice President and Chief Content Officer for Discovery Networks International (DNI), based in London and previously served as Senior Vice President, Content Group for Discovery Networks Latin America/U.S. Hispanic.  Raised in Cali, Colombia, Silberwasser holds an MBA from Harvard Business School and Bachelor of Science in industrial engineering from Georgia Tech.