Yesterday morning, during a Time Warner investor meeting, Home Box Office Chairman and CEO Richard Pepler said that HBO will launch a stand-alone, over-the-top service that would allow consumers to watch HBO content without having a cable subscription – and let HBO reap what he characterized as hundreds of millions of dollars in additional revenue. 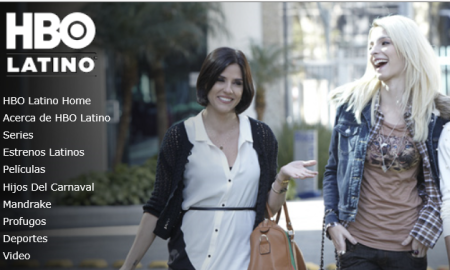 He said HBO will sell stand-alone services in the United States and two other countries, with the aim of expanding eventually to every nation that it currently reaches via cable.

Whether HBO Latino will be part of this initiative or whether either of the two non-U.S. launch countries will be in Latin America are still to be determined. A spokesperson for HBO Latino told Portada, “At this time we are not elaborating beyond the statement that was issued today.”

Overall I think that a streaming HBO Latino has potential. We know that Hispanics are entertainment-hungry and digitally savvy, and brands are eager to engage with them through new channels.

Karina Dobarro, vice president and managing director of multicultural brand strategy at Horizon Media, notes that HBO will not necessarily include ads in its over-the-top offering; it may use a Netflix-like subscription model instead

But let’s play what-if, as long as HBO is thinking about shaking things up

Anel Hooper, associate media director for Bromley Communications, thinks this is a definite win for consumers. “There are a lot of cord-cutters out there. They’re trying to find other sources to watch television programs,” she says. While Netflix doesn’t include advertising, she points out that Hulu does – and advertising could be part of HBO’s plan to earn millions more dollars.

This move absolutely makes sense for consumers, and therefore for HBO, according to Maria Lopez-Knowles, CMO of Pulpo Media. She says, “Fragmented media and distributed content is the new reality, especially among Hispanics and the Hispanic Millennial in particular. Consumers now own both the remote control and the Programming Executive title. They choose to consume content and stream programming when they want to and in their own device of choice.” Based on this, she adds, advertising on an HBO OTT service makes perfect sense. “It’s a great idea whose time has come,” she says. And, of course, it makes even better sense for advertisers that want to reach highly mobile Hispanics.

Whether Bromley recommends advertising on streaming video to clients depends on the demographic they’re trying to reach, according to Hooper. “If the target demographic is using their smartphones and tablets and streaming, then yes, we have recommended that to our clients.”

Lee Vann, CEO of Captura Group, says, “Overall I think that a streaming HBO Latino has potential.  We know that Hispanics are entertainment-hungry and digitally savvy, and brands are eager to engage with them through new channels.  They key will be for HBO to curate and produce content that appeals to Hispanics in a relevant and authentic way.  If they can accomplish this, Hispanics will watch, and brands will follow.”

Not all advertisers may be ready to jump on board an over-the-top HBO, Lopez-Knowles says. “But the more progressive advertisers are certainly starting to understand that we’ve entered a brave, new world.”