Mundial Sports Network, a leading Latino sports network with magazines like Futbol and Beisbol as well as digital properties like VidaLatina.com, FutbolMundial.com, BeisbolMundial.com and BoxeoMundial.com, and YipTV, a live Internet TV platform that specializes in providing affordable, real-time content for Latinos, have a common goal: connecting underserved Hispanic audiences with the content they want. Out of this objective emerged a unique partnership grounded in a marketing strategy based on both digital campaigns and grass-roots efforts. We talk to Michael Tribolet, CEO of YipTV, about how this collaboration “elevates” both of their marketing efforts.

Mundial and YipTV’s collaboration started out of a need to find innovative ways to reach and serve Hispanic audiences who have often been abused by service providers. Latinos who want to watch their favorite sports, entertainment and news programs from back home have limited options, as many of them do not have credit cards to subscribe to OTT services, but can’t afford to pay for cable, either. After investing in YipTV, Mundial took it a step further and came up with a plan to work together toward their shared objectives.

Mundial has developed content for the same Latino through its free magazines and website for Latino boxing fans. Beisbol and Futbol magazines are distributed at local Florida bodegas, small community grocery stores, for free, generating a powerful and attractive reach into Latino audiences.

And West Palm Beach-based  YipTV has also found a place in local Florida bodegas. The platform wants Hispanics to be able to watch the content they want regardless of their status with a bank. To avoid the credit card issue, YipTV offers the option to pay for subscriptions in cash in over 16,000 Florida bodegas. New users can try 55 out of their 110 channels for free for the first week, and then the user has the option of paying $15 a month for the full programming or forgoing a subscription to access 15 free channels that cover sports, news and entertainment.

The deal is refreshing for Hispanic viewers who are used to being charged for links to see their favorite football tournaments or telenovelas, only to find that the links are broken or that the entire deal was a scam. They are understandably skeptical, and earning their trust and loyalty is no easy task.

Check Out: First half 2016 recap: 11 marketing and media developments you need to know about

Mundial has created a habit out of creating partnerships that put their assets to the service of new ventures or platforms whose objectives align with theirs. Over the recent years, the network has incorporated powerful targeting and data analysis and segmenting platforms into its toolbox and built an in-house creative team that they can leverage for platforms like YipTV in exchange for promotion and ad space on its platforms.

Their publications along with our advertisement and marketing efforts allow us to rise the tides together rather than separately.  While Mundial helps inform the customers with information on what is going on, YipTV is providing the service to watch what they are talking about.

The deal with bodegas is also huge, since it affords them a way to “zoom into small ecosystems” like large cable companies cannot. “Mundial has a tremendous amount of experience in the Hispanic Market segment, not only here in the USA but on a global basis,” Tribolet asserts. The collaboration makes sense, because “the online and offline publications touched the very customers that we are targeting.”

Tribolet went on to explain that they are targeting Latinos that want a very specific mix of content. His wife, for example, was born in Cuba, and moved to the United States as an exclusively Spanish speaker. Now she’s fully acculturated, and in a sense, considers both English and Spanish her native languages. This is typical of today’s Latino: they want a mix of content that reminds them of home but speaks to their experiences as Hispanics in the United States, specifically.

The Bodega: A “Small Ecosystem” and Home Away from Home

Tribolet points to bodegas as “a big part of the un-bankable ecosystem” that they make use of as their bank, grocery store, and most importantly community updates.”

YipTV only began accepting payments at bodegas a month ago, but part of its strategy is to make these “great reference centers for what is going on in their community” central to marketing campaigns, sending actual staff to talk to people while conducting other standard marketing exercises like monitoring social media conversations about YipTV’s offerings. And knowing that their ads appear in Mundial’s free magazines, which fly off the shelves, they are sure to connect with the Hispanic sports fan.

In the end, Tribolet is certain that this type of collaboration is innovative and effective because  YipTV and Mundial Network “both have the same customer base with complimentary services.”

“Their publications along with our advertisement and marketing efforts allow us to rise the tides together rather than separately.  While Mundial helps inform the customers with information on what is going on, YipTV is providing the service to watch what they are talking about,” Tribolet asserts.

What: Global youth media company and digital content studio VICE has opened a Miami, Florida bureau in an effort to build out its offerings for the US Hispanic youth market, and expand its existing content and sales operations across Latin America.
Why it matters: The bureau will launch with full production capabilities and international sales team building out offerings for US Hispanic youth market, and coordinate VICE’s existing LATAM operations, creating domestic and LATAM news and culture content for all of VICE’s channels. 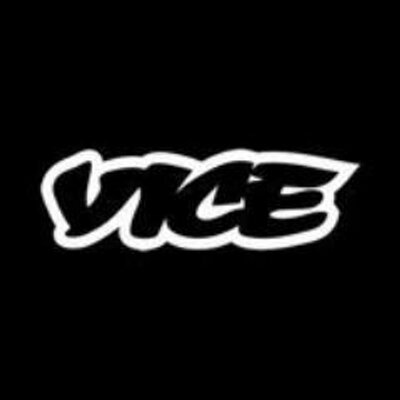 VICE, the global youth media company and digital content studio that has News Corp and A&E, among its share holders,  has announced that it has opened a Miami, Florida bureau in an effort to build out its offerings for the US Hispanic youth market, and expand its existing content and sales operations across Latin America. The bureau will produce its own news and cultural content while also connecting content from VICE’s Latin American Bureaus in Brazil, Colombia, and Mexico, with the US Hispanic market.

We’re not creating Vice Espanol. That’s not what we’re doing here. It’s just more Vice content, just with more relevancy to some of the topics that the audience is interested in.

Located in the Wynwood Arts District of Miami, the bureau launch in June 2015 with full production and editing capabilities, delivering editorial and video programming to all screens and reaching the exploding US Hispanic youth audience. The bureau’s business development and sales team will work with leading brands, media and tech companies to distribute and deliver Hispanic geared content.The programming coming out of VICE Miami will run on all 10 (soon to be 11) of VICE’s digital channels from MUNCHIES (VICE’s food channel) to MOTHERBOARD (vice’s science and tech channel) to VICE News.

The Miami operation will also act as coordinator for VICE’s U.S. Hispanic youth offerings as well as VICE’s existing Latin and South American operations, which currently spans from Mexico to Brazil.The new bureau will be responsible for expanding VICE’s roster of channels in the region, and producing hundreds of hours of programming per year, covering the underreported stories and breaking news that matters most to young people. A spokes person at VICE tells Portada that Dan Perry will be in charge of Sales/Business Development in the Miami office.

The spokesperson adds that “It’s important to note that this is an expansion of the work VICE is already doing in LatAm and the US. As our Co-President, Andrew Creighton, said in an AdAge interview, “We’re not creating Vice Espanol. That’s not what we’re doing here. It’s just more Vice content, just with more relevancy to some of the topics that the audience is interested in.”

VICE operates across all screens, from mobile through its Snapchat partnership to digital with YouTube to TV. Expect to see more and more and as Mr. Creighton noted in the same interview, “There will be a significant distribution deal in the pipeline, and there will be some significant Fortune 100 companies involved in what we’re doing,”

In recent years, VICE has opened up bureaus in Sao Paulo, Mexico City and Bogota, distributing its programming across online, mobile and linear platforms and reaching millions of regional viewers each month.

VICE has regularly produced slates of critically acclaimed news, cultural, sports and entertainment programming on its network of channels with specific Hispanic relevance. Series have included: an eight-part look at the 2012 Mexican Presidential elections, and Miscelánea Mexicana a series on uniquely Mexican cultural oddities like indigenous transvestites in Oaxaca and teenage bullfighters in Yucatan. Noisey produced a show, Suena Bien, that shines light over the most original Hispanic bands out of Latin America and the US, like Elis Paprika, Calle 13 and Dengue Dengue Dengue. In 2014 VICE opened a Bogota bureau and since then has produced a variety of cultural and news content, including a documentary on the violence in the port town of Bueanaventura.

VICE provides advertisers with a wide range of offerings through its owned-and-operated channels, along with its in-house creative services agency, Virtue Worldwide. Cross-platform media and soapbox-model sponsorship of VICE content allow clients to reach the company’s global audience of young people and align themselves with a name that they trust. Driven by some of the industry’s most creative minds, Virtue Worldwide leverages its expertise in strategy, content creation, event production and activation, in addition to an unrivaled understanding of the Millennial audience, to create tailor-made programs spanning digital, mobile, linear, and experiential for the world’s leading brands.