What: Dallas is a thriving soccer market, with a strong base of Spanish-speaking and bilingual fans. FC Dallas VP Gina Miller discussed some of the club’s strategies.
Why it matters: As a team that plays in Dallas/Fort Worth, engaging the Latino and Spanish-speaking fan base is a daily focus for Miller and her team.

There are few more vibrant sports cities than Dallas, and few areas with a thriving grassroots soccer community as well as an ever-growing Latino community that is both traditionally Spanish-speaking and a younger English-first population that still cherishes its Latino roots and traditions. One of those traditions is obviously soccer, so we wanted to talk to FC Dallas (@FCDallas) about how they engage with the community, and most importantly how they are growing and evolving as an MLS (@MLS) club to engage. 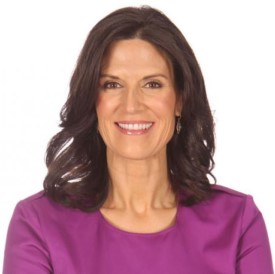 Gina Miller (@TheGinaMiller), VP of Media and Communications for FC Dallas, gave us a look.

Portada: How important is the Latino marketing effort to a club like FC Dallas?

Gina Miller: “It’s a huge priority for FC Dallas. According to the Dallas Convention and Visitors Bureau (@visit_dallas), the population of Dallas alone is 43% Latino. As a team that plays in Dallas/Fort Worth, engaging our Latino and Spanish-speaking fan base is something we focus on daily.”

Portada: Are there brands that have marketed directly to that community, and if so who and how?

G.M.: “A number of our partners are focused on connecting with our Latino fan base. One great example is FIESTA Mart (@FiestaMart) grocery stores. They host Spanish-language radio shows in primarily Latino communities around DFW. From that partnership, FC Dallas players hold autograph sessions and take photos with fans during the radio remotes.”

From the content side, engaging our Spanish-speaking fan base, whether it’s Spanish as a first language or bilingual fans, is incredibly important for us.

Portada: Is the audience specifically Spanish language or have you carved out a niche for young Latinos who are English speaking but also enjoy their Latino heritage?

G.M.: “From the content side, engaging our Spanish-speaking fan base, whether it’s Spanish as a first language or bilingual fans, is incredibly important for us. We’re fortunate to have a bilingual coaching staff as well as a roster comprised of at least 11 players who speak both Spanish and English.

To serve that fan base better on the content side, we’ve hired a bilingual multimedia journalist, Jhannet Sanchez. She has helped us tell stories that we weren’t able to tell in the past. Whether it’s a livestream on Twitter or a feature story, her content consistently remains among our most popular. She also does in-game interviews with our Spanish-speaking players on our game broadcasts on our local broadcast partner, TXA21, which she translates into English. Not easy but, again, well-received.”

Portada: Do you market programs directly to a Mexican audience, or is the Latino message for the team more homogeneous?

G.M.: “Not specifically Mexican but FC Dallas has always had a Spanish-language radio broadcast. Carlos Alvarado has been the club’s Spanish play-by-play voice since 1996, the first year of Major League Soccer. He also writes match previews for FCDallas.com each week. On the community relations side, we also take into consideration our audience. For example, we also organize player appearances strategically so that we have Spanish-speaking players engaging students at elementary schools or community programs that have a large Latino population.”

“On the community relations side, we also take into consideration our audience. For example, we also organize player appearances strategically so that we have Spanish-speaking players engaging students at elementary schools or community programs that have a large Latino population.”

Portada: On the grassroots side, what are your programs like to include young players who also might come from a Spanish speaking household?

G.M.: “The majority of the FC Dallas Academy coaches are fluent in Spanish. Our current Academy Director, Luchi Gonzalez, played professionally in Peru and is fluent in Spanish. Fourteen of our league-high 24 players whom we have signed from our youth academy are Latino. Three of the four goalkeepers we have signed from our academy have played for Mexican Youth National Teams (Jesse Gonzalez, Carlos Avilez and Richard Sanchez). There is a strong tradition of Spanish-speaking players at FC Dallas and in the FC Dallas Academy, which is regarded as the best in MLS.”

Portada: Have supporter groups looked to aggregate just as a Latino source? how do you take advantage of that?

G.M.: “Most of our Latino fans are bi-lingual so the message is consistent. Sanchez and FC Dallas’ grass roots team work closely with El Matador, our Spanish-language Supporters group. This group formed 2009. This season, we combined all our Supporters sections at Toyota Stadium. It has added a healthy competition among the Supporters groups which has absolutely elevated the energy level at home games. During a recent rain-filled match against the Philadelphia Union, our head coach noted in his postgame press conference how loud the stadium was and how diverse the chants were. This gives FC Dallas a unique competitive advantage.”