Check out  Portada’s Interactive Directory of Corporate Marketers and Agency Executives. 5 NEW LEADS HAVE JUST BEEN UPLOADED. To acquire the database, please call Matt Eberhardt at 347-961-9516 or e-mail him at matte@www.portada-online.com SEE A DEMO OF THE DIRECTORY! 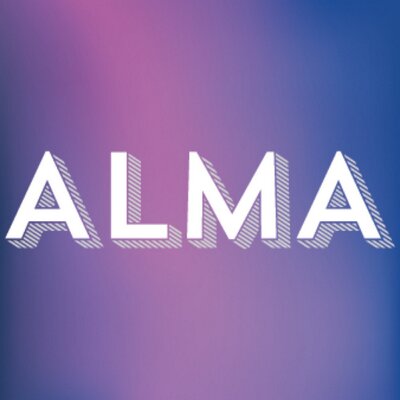 Sprint is about to name Miami-based Alma to handle its fast-growing U.S. Hispanic creative account. The Hispanic market is a major priority for the company wbose CEO, Marcelo Claure, is a Bolivian-American. Sprint’s newly-hired senior VP, Roger Sole, is from Spain and has worked for the last 13 years as a telecom marketer in Latin America. Sprint’s U.S. Hispanic review included at least a half dozen agencies.People familiar with the pitch said the final step was a shootout between Alma, the winner, and Y&R’s Hispanic agency Bravo, which until this year was a major AT&T agency. Other agencies involved in the review were independent shop Zubi Advertising and LatinWorks. The Community (formerly called La Comunidad) was also involved at an early stage but didn’t continue in the Sprint pitch. Interpublic’s Deutsch L.A., confirmed as Sprint’s creative agency of record less than six months ago, is building a Hispanic capability under the name DLatino, but that unit may have been considered too small to to handle Sprint. Alma is part of Omnicom Group. Sprint’s Digital Media is handled by Digitas. (Read our interview with Sprint’s Hispanic Marketing Manager Kymber Umaña). 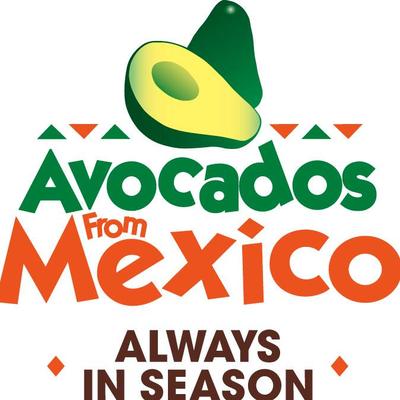 Avocados from Mexico is about to launch two new digital properties/websites targeting the Food and Retail sectors. The not-for-profit organization that markets the Mexican Hass Avocados Importers Association and The Association of Growers and Packers of Avocados From Mexico, will also announce very “soon a new partnership with a group that will become its digital AOR, Ivonne Kinser, head of Digital Media and Strategy for AFM, tells Portada. AFM works with Havas Media as its media agency for the general market. Inspire is AFM’s Hispanic AOR, including traditional media planning and buying. 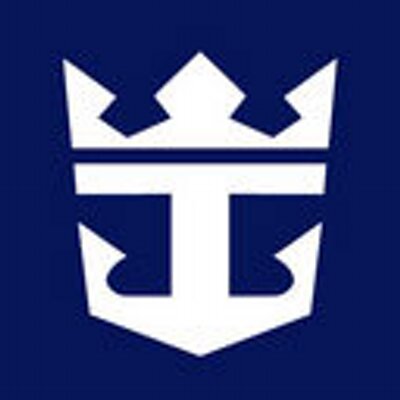 Mediahub has been named Royal Caribbean’s North America media agency.The win for the IPG agency comes just a month after Mullen Lowe, also part of IPG, won lead creative duties for the cruise ship company. Mediahub won the account from Mindshare. Media Storm also participated in the review. The media assignment includes planning and buying across both traditional and digital media platforms.Royal Caribbean spent about US$75 million on advertising last year, according to Kantar media. This is the second win in two months for Mediahub, which was also awarded the US$80 million Scott’s Miracle-Gro media account. 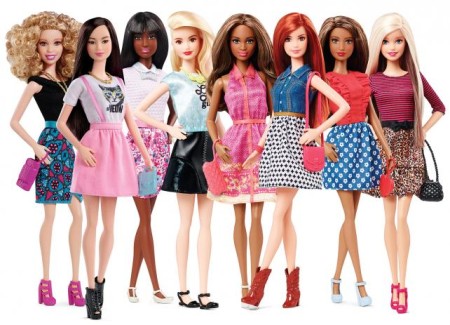 Mattel is rolling out a campaign for culturally diverse Barbie Line.The new line is called Barbie Fashionistas and is a collection of 23 dolls that feature eight skin tones, 14 different facial sculpts, 18 eye colors, 22 hairstyles and 23 hair colors and fashions. The new campaign will include TV with a robust soundtrack.  There will also be digital and social elements.Mattel spent US$13.4 million on U.S. media advertising for its Barbie brand in 2013, but this year plans to spend more than that on its new campaign.

As the Hispanic market for autos is growing, automakers’ sector marketing spending against that population is tracking its growth. Hispanic consumers are now over 18% of the U.S. population. In an effort to raise its potential, FCA (Fiat Chrysler Automobile) U.S.’s Dodge brand has released a new campaign via Lopez Negrete Communications,called “Te Pondrá A Prueba” (“It’ll Test You”), which features actor Danny Trejo, the heavy dude in films like “Machete,” “From Dusk Till Dawn,” and “Once Upon a Time in Mexico.” He appears in three Spanish language commercials for the Dodge Challenger, Dodge Charger and Dodge Dart, playing a Dodge salesman with a twist.The new effort is extending to digital, including digital video assets, as well as social media. A central theme in the campaign is Trejo turning test drives into under-worldly adventures, with the humorous ads playing on Trejo’s intimidation factor as a dangerous, leather-clad killer. The 60-second anthem ad has Trejo negotiating table in the dark, save for the red, blinking lights from a nearby police cruiser, siren going.The next ad, slated for later this month, has Trejo letting someone test drive the 2015 Dodge Charger.

DreamMaker Bath & Kitchen is a remodeling franchise that helps entrepreneurs and remodelers earn strong financial numbers while allowing them to also focus on improving their quality of life. DreamMaker franchise owners enjoy much stronger margins than most remodelers — and their customers report much, much higher satisfaction. DreamMaker’s business practices are guided by biblical principles of service, respect and integrity — and are key to our success.DreamMaker has helped existing remodelers take their operations to the next level by providing training, systems and support; those same resources have helped entrepreneurs without a remodeling background launch businesses that are among DreamMaker’s top performers. 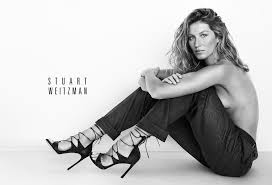 Shoe Brand Stuart Weitzman’s Fall 2015 advertising campaign featuring Gisele Bundchen is all about the legs, with its extreme thigh-high stocking boot taking center stage. Shot by renowned fashion photographer Mario Testino, the black-and-white ads embrace a distinctively minimalist aesthetic.Worn seductively by Gisele, the ALLLEGS boot hugs the supermodel’s legs, showcasing the extreme thigh-high’s sleek, form-fitting silhouette and unique 28-inch length. Chic to the core, the ALLLEGS is a stylishly dramatic addition to the brand’s iconic stretch suede thigh-high boots with drawstring closure. The ALLLEGS is available for pre-order on www.stuartweitzman.com and at Stuart Weitzman retail stores nationwide.Gisele, who debuted as the face of the Stuart Weitzman brand in the Fall 2014 advertising campaign, was chosen because of her international fashion icon status and her unique ability to personify the multi-facets of the Stuart Weitzman woman, from fashion-forward trendsetter to sophisticated tomboy to multi-tasking mom to the quintessential girl-next-door. The international advertising campaign will launch in the United States, Italy, France, England, Dubai, Germany, Spain and Asia. Outdoor advertising (billboards and kiosks) will run in Los Angeles, New York, Milan, Paris and Hong Kong. A behind-the-scenes video and additional creative content will be featured on www.stuartweitzman.com and in Stuart Weitzman boutiques worldwide. 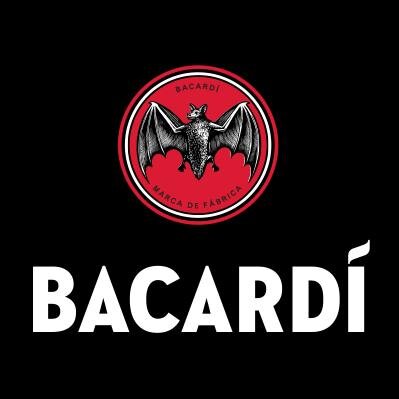 Bermuda-based Bacardi Limited, the largest privately held spirits company in the world, announced plans to “take a major step forward in bringing the company’s brand strategies closer to its markets and making them even more relevant to its consumers.”The company plans to establish Centers of Excellence [“CoEs”] in Europe and North America each headed by a Chief Marketing Officer who will report to Bacardi Limited Chief Executive Officer Mike Dolan on the company’s global brands and to those Regional Presidents on regional and local brands, and in Region marketing executions.Those CoEs will create assets and partner with a more agile Corporate Creative Excellence team, the company’s external agencies, Hubs and Markets in ensuring those assets are executed in locally relevant ways. The company will continue to review plans with teams and will finalize details in the coming weeks.The Company’s new Centers of Excellence will be headed byMauricio Vergara, CMO North America and global lead for BACARDÍ® and GREY GOOSE®, based in Hamilton, Bermuda. The company’s Ready-To-Drink [RTD] and Tequila brands continue being led from Shanghai and Mexico respectively and brand leaders will be named shortly. 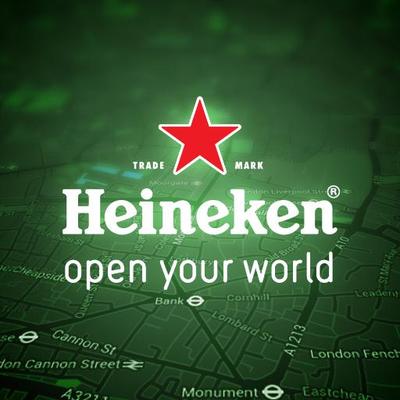 Heineken and Wieden & Kennedy are parting ways after five years.The agency has primarily handled brand Heineken from its Amsterdam office, although Wieden & Kennedy New York has pitched in on U.S.-centric efforts, including for Heineken Light.According to the statement, the agency and marketer have “reached an agreement to terminate the global advertising contracts for the Heineken and Desperados brands.”Globally, Wieden & Kennedy is best known for its “Legends” campaign for Heineken, which earned the 2013 Creative Effectiveness Grand Prix. Ads feature stylish leading men navigating urban environments.Globally Heineken enjoys a strong relationship with Publicis, while in many markets the Company is working with local agencies to deliver local top-spin campaigns.The move comes as Heineken makes organizational changes, including combining the roles of global CMO and chief sales officer into one position called chief commercial officer held by Mr. van Karnebeek. As a result, Global Chief Marketing Officer Alexis Nasard is leaving the company. Heineken is also reducing its global operating regions to four from five.