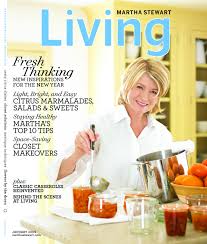 Terms call for Meredith to assume also responsibility for their related websites (Marthastewart.com and Marthastewartweddings.com) and digital assets including MSL’s digital video library. Martha Stewart Living is published 10 times a year with a rate base of 2 million; Martha Stewart Weddings is issued quarterly. The digital assets average 8 million monthly uniques, according to comScore.

MSL editorial staff will be working on editorial for the magazine but Meredith will probably hire sales and marketing staff from MSLO, including head of advertising Amy Wilkins. The brands will be housed under Christine Guilfoyle, senior vice president, group publisher of Meredith’s Women’s Group. Wilkins held publisher roles at Meredith prior to joining MSLO.

The partnership will allow Martha Stewart Living Omnimedia to concentrate on its design and content, and keeping control of the brand’s equity. MSLO operating income is expected to improve by US $10-$15 million as a result of the deal.However, there will be a restructuring charge of approximately US $2-$3 million due mostly to termination pay.

The announcement somehow makes sense as publishing revenues were down US $8 million in the first half compared to 2013, according to company financials.

Publishing revenues at MSLO were down US $8 million in the first half compared to 2013.

“Fundamentally, we are a content and design creation company with a peerless and globally recognized brand.This transaction enables us to remain focused on our core competencies, permitting our Company’s resources, and management’s attention, to be centered on driving growth in our merchandise vertical over the coming months and years,” says MSLO CEO Dan Dienst.