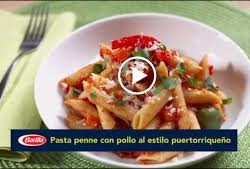 Barilla, maker of Italy’s pasta brand, is celebrating Latinas’ creativity in the kitchen and passion for new flavors with the launch of its latest campaign, Latino Italian Fusion. Combining two family favorites—Latino flavors and spices and traditional Italian ingredients—Barilla has partnered with celebrity Chef Ingrid Hoffmann to develop recipes, as part of a video series that captures el sazón Latino in re-imagined pasta dishes. The how-to video series, distributed in partnership with Meredith’s Siempre Mujer, is available on http://siempremujer.com/barilla. Inspired by the diversity of Latin cuisine, Barilla is collaborating with premier Latino chefs to develop a roster of Latin-inspired pasta dishes exclusively for Latino Italian Fusion that captures the flavors of Mexico, the Caribbean, Central and South America.

Anheuser-Busch and the National Basketball Association (NBA) announced a four-year extension of their marketing partnership, which began in 1998. Anheuser-Busch will continue as the Official Beer Partner of the NBA, Women’s National Basketball Association (WNBA) and NBA Development League (NBA D-League).  As part of the agreement, Anheuser-Busch will also expand its marketing partnership to include USA Basketball and the league’s Hispanic marketing initiative, Noches éne-bé-a.Anheuser-Busch and the league will work together to produce an original digital content media series. These videos will appear on NBA-owned properties and will be shared on Anheuser-Busch-owned properties this season.The partnership also includes enhanced packaging and marketing rights, featuring select NBA and team logos on cans, bottles and other packaging and in promotional campaigns, enabling its brands to better connect with the league’s rapidly expanding national fan base.  Budweiser and Bud Light will run NBA marketing activations at the same time, with each brand owning year-round platforms and different marquee league events, including NBA All-Star, NBA Playoffs, The Finals, NBA Draft, and WNBA All-Star.These brand will also engage fans in a multitude of new ways through live events, retail programs, digital activation and great storytelling.”In addition to its league partnership, Anheuser-Busch will promote its brands via the NBA’s broadcast partners and continue to engage fans locally through its 22 team deals.  Anheuser-Busch also has NBA partnerships in other regions, including a recently announced extension with Harbin Beer in China, and a new partnership in Brazil. 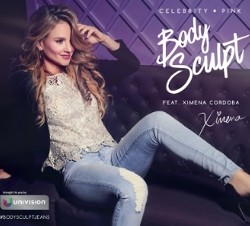 Celebrity Pink, the Los Angeles-based apparel company known for fabric innovation, has partnered with Univision Communications to launch Body Sculpt by Celebrity Pink with Ximena Cordoba, on-air personality on Univision Network’s popular entertainment program “El Gordo y La Flaca” (The Scoop and the Skinny) as the brand ambassador. This new women’s body shaping brand will be sold exclusively at Macy’s, launching just in time for the holiday season.  The collection features body-sculpting jeans available in three styles.The Colombian model, actress and television presenter is one of the most influential women in Spanish-language television and is widely recognized for her feminine sense of style.Retailing at US$52, the chic collection offers three styles in a variety of washes and colors. 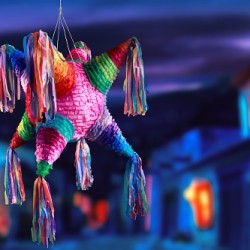 For the first time ever, the makers of the HERDEZ® brand, a mexican salsa brand, and the makers of the DONA MARIA® brand, a mexican mole brand, are partnering to bring Las Posadas celebrations to local communities and children in Los Angeles, Calif. Las Posadas or the inns, is a nine-day celebration taking place from Dec. 16-24. The Mexican holiday features pilgrims on candlelit processions filled with singing and cheer culminating in festivities and traditional foods offered by an innkeeper. This year the two brands will kick-off the holiday by hosting a free posada for the local community on Wednesday, Dec. 16 from 5:30-7:30 p.m. at the El Paseo Inn restaurant at Olvera Street. The community will enjoy a fun-filled celebration with food, music and live mariachi.

The Goodyear Tire & Rubber Company has announced it will combine its North America and Latin America businesses into one Americas business unit, effective January 1, 2016.The combined business will serve customers and consumers more effectively and efficiently by integrating processes such as product development, market forecasting, and product supply.  All manufacturing plants in the combined region – including the new Americas plant in San Luis Potosi, Mexico, scheduled to open in 2017 – will be leveraged to serve all customers in Mexico, Latin America and North America. The Americas business unit will be led by Stephen R. McClellan, currently president of Goodyear’s North America business. Marcelo Toscani, currently vice president of global manufacturing, will serve as president of the company’s Latin America operations and report to McClellan.Goodyear is one of the world’s largest tire companies. It employs approximately 66,000 people and manufactures its products in 49 facilities in 22 countries around the world.