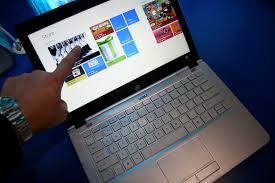 A summary of this week’s most exciting news in online video in the U.S. and Latin American markets. If you’re trying to stay up-to-date with these constantly-evolving markets, look no further.

YOUNG LATINOS ARE WORTH MILLIONS: Mitú, a digital media content provider with more than 6,000 “creators” catering to Latinos across the globe, has announced a $27 million Series C funding from investors like AwesomenessTV (a Joint Venture of Dreamworks Animation and Hearst Corporation), Verizon and WPP Digital. This means that the company has raised $43 million thus far. The impressive team at Mitú has managed to generate around two billion video views per month, so we can see what all the fuss is about.  Mitu’s early backers include the Chernin Group.

NOTHIN’ BUT NET: SendtoNews has teamed up with the NBA to syndicate their digital highlights from the NBA, WNBA and

NBA D-League, which will be distributed by SendtoNews’s online publishing partners, which includes over 1,400 online companion sites for newspapers, radio and television stations, as well as news websites and blogs across North America.  This syndication agreement is just another that the company has arranged with sports leagues such as the MLB, NASCAR, the PGA Tour and Golden Boy Promotions (for boxing video highlights). SendtoNews network of online publishing partners generates over 1 billion views per year.

DEMOCRATS GO AFTER THE HISPANIC VOTE: The Democratic National Committee has launched its first Spanish-language video in a spot attacking Republican candidates for opposing President Barack Obama‘s executive action on gun control. The spot is visible on digital channels like The Democrats’ YouTube channel.

LAUGHTER, A UNIVERSAL LANGUAGE: “Saturday Night Live” creator Lorne Michaels and SNL alumni Fred Armisen and Horatio Sanz have launched a new venture called  Más Mejor, a digital comedy channel targeting the Latino millennial audience that will feature short-form videos and editorial programming in both Spanish and English. Armisen and Sanz will be writing for the project, so get ready to laugh, whatever language you speak.  According to the press release, Más Mejor’s content will instantly reach over 100 million unique monthly viewers thanks to powerful distribution partnerships with NBCUniversal Telemundo Enterprises, POPSUGAR Latina and Batanga Media.

PERISCOPE AND TWITTER, A NEW DYNAMIC DUO: Apple device owners using Twitter‘s app will soon see Periscope videos seamlessly integrated into their feed, which can either be streamed live or watched later on demand until they expire. We’d be surprised if Twitter hadn’t acquired Periscope in March 2015. 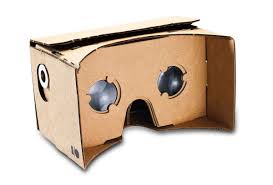 camera rig. The company is also working to make virtual reality compatible with the YouTube iOS app. While YouTube already offers virtual reality support for its app on Android, the move indicates that VR will play a big role in the future of online video.

SANTA WAS GOOD TO AMAZON PRIME:  Amazon has announced that it signed up more than 3 million new Prime members in the end of December. The Fire tablet was the top-selling device during the holiday season, and the Fire TV Stick, a $50 tablet, was the third-most sold streaming device, which includes a 30-day trial membership to Prime (which probably explains the jump in new members).

NBCUniversal, which is owned by Comcast, is releasing its first subscription video on demand (SVOD) service, which will feature 2,000 hours of original comedy content for $3.99 a month. This marks a shift in the company’s digital strategy towards OTT, on-demand video.

IBM LEAPS INTO ONLINE VIDEO: IBM has purchased the online video service provider Clearleap, which it will incorporate into its IBM Cloud platform for distribution all over the world. Clearleap’s clients include HBO, Time Warner y Verizon, for which they provide streaming services.

MOST-VISITED SITES IN LATAM: Check out our latest rankings in the most-visited sites in Latam, separated by country. Some will surprise you, some won’t. Portada’s expert-in-residence, Lorena Hure, weighs in.

BITCOIN AND NETFLIX: A MATCH MADE IN HEAVEN? In a speech at the 2016 Internet, Media and Telecommunications Conference, held on January 6th and 7th, David Wells, chief financial officer at Netflix, was asked about the complexity of launching payment services in Latin America, and seemed to imply that he is open to the idea of accepting Bitcoin in the region, saying: “[it] sure would be nice to have bitcoin, in terms of a global currency, that you could use globally.”

FAV, OFF TO A GOOD START: Fav, the digital content and entertainment channel for young Spanish-speaking audiences, had a great first year, with 53 channels, 205 million views and 1.3 million subscribers. Fav’s goal is to connect global content creators (in English, Spanish and Portuguese) in Latin America with the Hispanic market in the U.S., and it looks like they’ve done a good job so far. 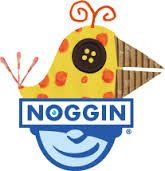 released the first version of its international OTT channel, Noggin, in Latin America. The application includes SVOD content for pre-school audiences, costs $2.99 a month and works on all iOS and Android mobile devices.

ADSMOVIL LOOKS BACK AT VIDEO IN 2015: Adsmovil released a report on the year that mobile had in Latin America, and as you could have guessed, it was big. Regarding video, the report found that Brazil represented 48.7% of all video views in the region, while the most popular device for watching videos was the smartphone, the typical Latin American watching an average of 5.2 hours of video per week.