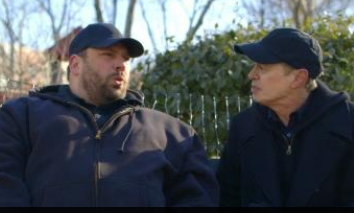 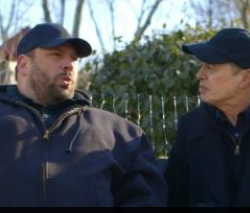 As the 2015 Digital Content NewFronts wound down, AOL said it had shifted from a NewFront “season” to a NewFront “year,” part of its “Content 365” strategy. (It’s unlikely that this means AOL would not hold a NewFront in 2016. A spokesman said, “It’s not enough to hold a once-a-year event, trot out some programming, and then never talk to advertisers again.”) It announced the renewal of original series including Park Bench with Steve Buscemi (pictured).

AOL and NBCUniversal also announced a content distribution and development agreement for both exclusive and non-exclusive content. This summer, NBCUni video clips and segments will be available to stream on AOL online and its mobile app. 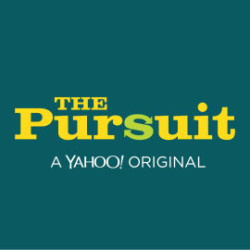 Armando Rodriguez, head of Yahoo, Latin America and US Hispanic, says his team works in parallel with Yahoo’s global teams. “Not only do we localize US video content for our market, we also locally produce close to 150 original video clips per month, divided between daily news coverage and weekly video programs,” he says.

These NewFronts, as well as many others, illustrate the contradictions in the Digital NewFront/TV Upfront dichotomy – a divide that’s becoming more and more unnatural. It’s clear that consumers don’t pay that much attention to whether the video content they’re watching originated as a broadcast, a theatrical release or a digital-only release. So, why should advertisers and agencies?

It’s clear that consumers don’t pay that much attention to whether the video content they’re watching originated as a broadcast, a theatrical release or a digital-only release.

While INNOCEAN USA, for example, looks at a total video plan for clients, rather than considering TV and digital separately, Greg Braun, executive creative director, says that the NewFronts have not outrun their purpose. “Some content [digital producers] are putting out is groundbreaking,” he says, giving kudos to Netflix for its Emmys. And, he adds, “The Amazon Prime model is awesome.” Braun does appreciate that the NewFronts and Upfronts are now contiguous in time. 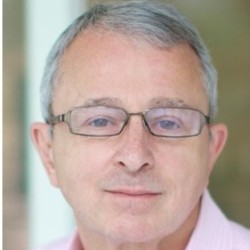 Because the NewFronts come before the Upfronts, they remind agencies and advertisers to set aside funds for the digital properties they see, according to Joseph Abruzzo, vice president and chief exploration officer for Havas Media. “Everyone continues to spend in television, but, as new dollars become available, they are noting to allocate those dollars for opportunities in digital content,” he says.

Because the NewFronts come before the Upfronts, they remind agencies and advertisers to set aside funds for the digital properties they see.

There’s evidence that digital video is increasing overall ad spending, according to ZenithOptimedia’s Advertising Expenditure Forecasts. According to the report, global ad spend will grow 4.4 percent to reach $544B in 2015. Meanwhile, it said that global online video grew 34 percent to$10.9 billion last year, and it’s expected to grow at an average of 29 percent a year to reach $23.3 billion in 2017. Meanwhile, spending on TV advertising is expected to decline 5 percent in 2015.

It’s unclear whether – or how much – ad spending digital video is taking away from broadcast. Certainly some of that additional ad spend will go to traditional broadcasters that are offering broadcast/digital packages. “For broadcasters, TV is the number-one game, but they are shaping how they are serving up their content and the Upfronts, understanding they have to be more screen-agnostic,” says Marla Skiko, executive vice president and director of digital innovation for SMG Multicultural.

But TV audiences continue to decline. According to ZenithOptimedia, to date during the 2014/2015 TV season, primetime television usage has declined 7 percent among adults aged 18 to 49 and 5 percent among total viewers.

Because broadcasters want to maintain their revenue from one year to the next, they have traditionally offset the audience decline by increasing the cost of advertising. This is not a sustainable proposition.

“Advertisers and agencies hate to spend more for less,” Abruzzo says. While broadcasters can definitely charge more for top-tier programming like Walking Dead, he says, “There is such a long tail for television programming that it won’t support that kind of inflationary thinking. Because TV audiences are shrinking, that money will become available for digital.”

While broadcasters are making more and more content available for digital replay – such as the AOL/NBCUNI deal – Abruzzo says, “It’s the same content, so it probably has the same audience — and it tends to be on the expensive side, not necessarily any less expensive than television.”

SMG Multicultural has seen a shift in budgets from television to digital in general, according to Skiko.

SMG Multicultural has seen a shift in budgets from television to digital in general, according to Skiko. She says, “The appetite for digital video is only growing, and this will cause more and more questioning of how much we spend on television.”

While the TV Upfront season does result in deal-making, the NewFronts have always been more about showcasing content, with a “save some money for this” message. What’s new this year is a greater flexibility, along with a growing emphasis on targeting and programmatic buying on the part of content platforms. 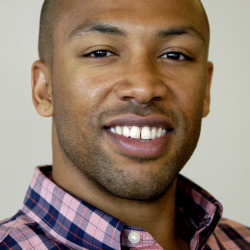 In the past, according to Jason Smith, vice president for digital media activation at Horizon Media (photo), “A lot of publishers were asking brands for firm upfront commitments around inventory very similarly to the Upfront; but there hadn’t been a lot of ability for advertisers to control that inventory.” For example, they might not have been able to optimize across sets of digital video inventory; advertisers were expected to buy a certain number of channels; and there were limits on audience guarantees. There was even a lack of flexibility in cancellation policies.

During this year’s NewFronts, Smith says, “They have been more focused on giving brands more control and programmatic access to some of the inventory. They are offering more forward-thinking ways to help people understand how to put their money against the inventory. That is a very big step.” 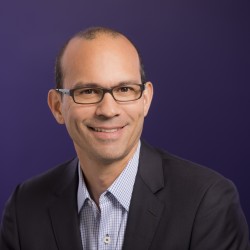 Says Yahoo’s Rodriguez (photo), “When I speak to an advertiser they are looking for an efficient way to buy video impressions at scale.” He points to Yahoo’s integration of Brightroll as a way of giving video advertisers more access to data and programmatic buying. “Yahoo’s data from over 1 billion global users including desktop, mobile video advertising inventory, and audience insights available on BrightRoll’s media-agnostic DSP,” he says.

While deals are less likely to be forged at the NewFronts, Skiko says there’s a lot of value in them. For one thing, she’s always keeping an eye out for a client that might want to, for example, reach an audience of acculturated, bi-lingual Hispanics with an English-language cooking show. “You go there to learn and to assess,” she says. “It gives you the ability to begin the negotiation from a much better place.”

CHECK OUT the Candidates and VOTE for Top Latin Influencer!