How is video marketing evolving in Latin America? What countries do major video ad buyers see as growing the most and where are the main growth opportunities. These questions were answered by dozens of brand and agency executives targeting the Latin American consumer in our just released 2017 Video Marketing Guide!  Below is a sneak peek with  point of views by Cynthia Evans, Director, Director, Insights and Thought Leadership at GroupM Latin America, Rosanna Saenz, Digital Director, Mindshare Latin America and Martín Carniglia, Data – Insights Director at Havas Media.

Perhaps Cynthia Evans, Director, Director, Insights and Thought Leadership at GroupM Latin America (photo), statement is the best reflection of how  video is becoming prevalent: “I wonder if this will even be relevant in five years, the rapid evolution of ‘TV’ into all other media forms is moving so quickly. TV in terms of distribution or delivery mechanic could all be ‘digital’ in five years, if it is not already. In terms of media owners classic linear broadcast TV vs some other digital satellite fed signal the split is already near 60 to 40 percent in terms of viewing eyeballs, in terms of share of viewing linear broadcast TV has decline c. 20 to 25 percent in last five years. So ad dollars will eventually follow consumer eyeballs.”

In terms of which markets have the strongest growth, Rosanna Saenz, Digital Director, Mindshare Latin

America, in Mexico City tells Portada that “We see the strongest growth in video in Mexico, Argentina, Colombia and Chile, which is consistent with the general digital activity of these countries.” To Martín Carniglia, Data – Insights Director. Havas in Buenos Aires, the strongest markets are “México, Brasil Colombia and Argentina.”

Havas Media’s Carniglia points out that “the biggest opportunity relies both in the capacity of setting frequency cappings to expand reach over a certain audience, as well as personalizing messages using dynamic creatives to deliver different versions to each user depending on his previous online behaviour. Mexico City based  Saenz, tells Portada that “definitely there is a huge potential for video programmatic advertising, as it can redefine the way clients and agencies plan their media mix. Very soon clients will be able to see how much more efficient their video investment can be if they buy programmatic video first and then complement the missing TRPs with TV. We can run online video campaigns with the desired campaign effective frequency cap and buy as much reach as possible online, then we will have bought media and impacted a relevant portion of our audience without waste. This is a win-win opportunity for advertisers, for the online media industry and for the consumers”.

DOWNLOAD Portada’s 2017 Video Marketing Guide! The intelligence and forecasts you need. Plus the trends interpreted by major brand marketing, agency and media executives who are shaping the video marketing space.

According to Mindshare’s Saenz, “The main challenge will be the integration of audience data among video 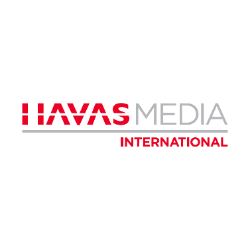 platforms like Facebook, DSPs and Youtube, in order to avoid unnecessary impacts duplication and be able to plan in the most efficient way. Xaxis, along with its DMP Turbine, is on its path to accomplish this difficult task so its clients have bigger advantages in media execution –and media planning, hand in hand with Mindshare- against their competitors.” Havas’ Carniglia notes that “advertisers must understand that online video requires a different approach to traditional media, nowadays we can create high quality content easier with less budget, and to be timely and relevant is more important. Online Video must be aligned to the context and adapted to each device and user experience.”

Who will be the Winners?

What media properties will profit the most from the explosive growth in online video advertising? GroupM’s Evans says that it is difficult to predict what type of publishers will benefit the most. “It depends on price and consumer response. Right now social sites are pricing very efficiently and are popular with consumers. Premium inventory is more expensive. As all online video pricing moves toward that of open TV, and consumer favor evolves based on interest and preference, it is difficult to say which online vendor will ‘win'”.

Regarding the fastest growing categories, Evans notes that the “3 categories with richest contextual relevance will tend to evolve in online video fastest, travel, telco, luxury, entertainment. Other fast movers will be those tuned  in to cost efficiency as some online formats produce cheaper CPMs than TV with audio-visual format.”