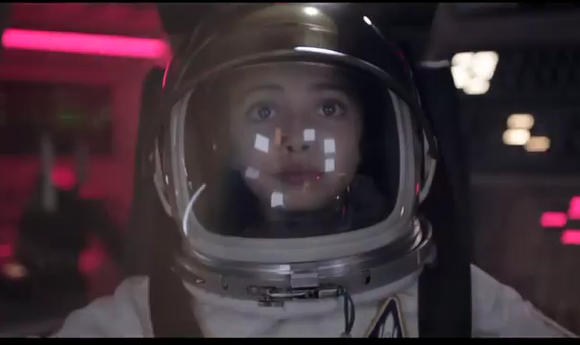 Honda and Orcí remind parents that the CR-V crossover SUV is big enough for their boldest dreams. 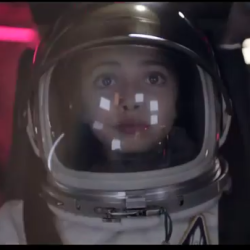 Honda launched a new campaign, aimed at the Hispanic market, for its 2015 Honda CR-V. The one-minute “Space for Dreams” video encourages parents to let their girl children dream big – and suggests that the spacious interior of its crossover SUV is the perfect place to do that.

“We’re tapping into the conversation about parents allocating time for kids to have daydreams,” says Juan Jose Quintana, creative director at Orcí, Honda’s long-time Hispanic-market agency of record, which is responsible for the campaign. “We’re making them aware they can offer their kids the space and time in the car, while driving [somewhere].”

And if the dream in that spacious car is about outer space, well, that just makes the metaphor even better. The girl in the video daydreams that she’s an astronaut taking off on her first mission.

Andrew Orcí, the agency’s CEO, notes that the target for the campaign was young Hispanic parents with children usually aged two to six. They’re very busy, and spending more time in the car than they might like to, while feeling that they don’t have enough quality time with their children. The creative insight, he says, was “creating a special space inside the vehicle to relate to your children that sometimes is lacking in our busy lives.”

Orcí’s proprietary research shows that young Latinos are optimistic about their future and place a high value on education, hard work and success. On the other hand, they are much more likely than other American youth groups to drop out of school.

The agency’s research also showed that, while the Honda brand had a terrific reputation and awareness among Latinos, that reputation was not extending to the CR-V. And, Orcí says, “Where there was awareness of the CR-V, there was not necessarily the association with the quality that the Honda name usually brings. We wanted to position the CR-V as one of the core Honda models.”

The campaign, which is scheduled to run through the end of April, includes a big emphasis on video pre-roll promotions and native video ads. 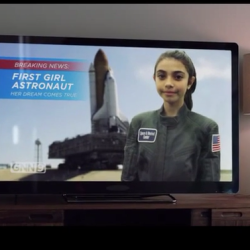 Another interesting aspect of the video is that it features a girl, not a boy, who’s interested in science. Quintana says, “In that community, the parents expect better things from their boys than from the girls. We wanted to break that stereotype — and for this audience, it’s something they don’t see a lot.”

He doesn’t see this approach as risky, however, adding, “At this moment in the Latino experience, it is very appropriate. That conversation is happening everywhere. “

The campaign, which is scheduled to run through the end of April, includes a big emphasis on video pre-roll promotions and native video ads; the agency couldn’t disclose the specific media properties for the ad buy. It will also run with paid amplification on Twitter, using its established @HondaLatino handle, as well as #CRVSueños. Additional ads will run on Facebook and Vine, with all digital and social media buys placed by Orcí .

While this was conceived as a digital campaign, Honda liked the footage so much that it also hopes to create a 30-second TV spot – and carve out a budget to air it. Television placements will be handled by MV42, Mediavest’s multicultural desk, according to Orcí .

Orcí could not provide details, but he says that the agency will use social media to spark discussion among Hispanic consumers on the topic, “What do you aspire to?”