By Editorial Staff @portada_online 06/01/2009
0
Share
Share on Facebook Share on Twitter LinkedIn Email
In challenging economic times, advertisers want to move the sales needle more than ever. That is where Direct Response Advertising and Lead Generation come in. Times are good for Hispanic Advertising Agencies specialized in these disciplines. “We buy direct response media in the U.S. Hispanic and Puerto Rican marketplace”, Alex Agurcia, Founder and President of Miami Beach based Advertising Agency Omni Direct tells Portada. “We manage campaigns for clients that launch products and services in the U.S. Hispanic and Latin American markets. We provide creative, translation, manage the call centers, do the mediabuying and deal with the analytical work”, Agurcia says.

Television is the main media type Omni Direct buys. TV amounts to more than 80 per cent of its media buying. Experts often note that the Spanish-language market is less accustomed to being pitched infomercials and that Hispanic audiences tend to be more interested, although generally also less aware of the product and the service.

Dish Latino, a subsidiary of the Dish Network, has relied on a DR sales campaign to acquire what now are 1 million households subscribing to its 35 Spanish-language satellite channels Omni Direct also buys digital and print advertising. It recently did a campaign for MyGoldEnvelope and advertised in Televisa Publishing and Digital’s Cosmopolitan en español. The lead generation and direct response market, which originated ) offline, has gone high-tech. While offline (TV, Radio and Print) are still very important, the digital space is growing the most.

The proliferation of niche-interest websites has brought with it the ability to target very specific groups of Hispanics. And with the help of increasingly sophisticated ad-delivery platforms, and extensive networks, that is exactly what advertisers are doing.
The companies offering Hispanic online lead generation range from very small boutique firms to sprawling international companies.

An example of the former is Media D'Vine, an interactive agency specializing in online Hispanic marketing and lead generation. “We have three industry- specific sites for which we sell listings to professionals in those industries,” says Christie Fontanez, an account executive at Media D’Vine. “We specialize in generating leads for Hispanic-focused lawyers, insurance companies, and plastic surgery professionals here in the US and in Latin America.”

Media D’Vine approaches lead generation from different angles. One is to publish original content relevant to the industries they cater to. “This helps drive traffic, particularly through search” Fontanez tells Portada. “When people are searching for information on insurance, they will often see an article that we’ve written on it and then the listed agents are right there for them to choose from.”

Fontanez says that pricing depends on the industry and the depth of the listing. “For our insurance site, a listing could run anywhere from $100-$700, depending on what type of listing it is. But we price them on a flat fee. If it leads to one lead or 100 leads it’s the same price.” The company works with local businesses, as well as Fortune 500 companies like State Farm and Aflac.

California-based lead generation company Coregmedia began looking at the Hispanic online market as a new source of revenue in 2006. CoregMedia’s specialty is aiding companies in expanding their potential client database by offering names and emails of interested parties. They also offer advertisers custom campaigns that provide even more detailed information about a given user, by having the user answer specific questions about their particular interests.

The company currently works with over 1,000 publishers, placing campaigns through a variety of methods. One is the co-registration model, whereby a user who is registering for hotmail will be presented with the chance to opt-in to CoregMedia's program and answer questions about their interests. For example, if the campaign is for a mortgage broker looking to expand their database, the user might be directed to answer questions about how much they are looking to borrow, what sort of financing rates they expect, etc.
One crucial aspect of their business is their lead validation technology, which ensures that clients are not given dead or duplicate leads.

Another vital part of their program is their ability to target consumers by age, gender, and zip code. This ensures that a 25 year-old Latina from Houston will receive relevant offers by companies like MGM giving away movie tickets, rather than from Xerox advertising their new line of color copiers.
When CPM is cheaper than CPL
A&E Networks recently did a campaign through Florida-based Jumba ad exchange with the aim of generating Latin American leads. “A&E has a relationship with Madonna in the US and wanted to leverage that in Latin America given her popularity there,” says Ignacio Roizman, Managing Partner of Miami-based Jumba. The company had the goal of generating 2500 leads over a one month time frame. The campaign greatly surpassed expectations, however, and that goal was met in a much shorter time-period.

Roizman says that, given the high response rate, the company could probably have saved money by doing the campaign on a CPM basis “We achieved the response they wanted without having to serve a ton of impressions, so a CPM approach would have been more cost-effective. Which model you go with all depends on your campaign objectives and the amount of risk you want to assume. In the end, they got the responses they wanted at the price they wanted.” Roizman adds that lead generation business will grow in 2009, particularly CPA and CPL, as advertisers seek to maximize revenues while minimizing risk. One of the larger players in the Hispanic lead generation space is Consorte Media. Consorte was founded in 2005, but spent much of the first two years building a sophisticated, proprietary technology platform called Salsa, which serves as the “nerve center” of their advertising platform, according to the company’s CEO Alicia Morga. Salsa is a highly scalable system that enables Consorte to precisely target the right ads to the right viewers, and to track and analyze ROI for each individual campaign.

“Consorte also builds and manages targeted lead-generation sites for advertisers,” Morga tells Portada. “In addition, we own four targeted content sites on which we sell direct ad inventory and generate targeted leads. These sites differ from our third-party ad network, in that we own and operate them ourselves. Consorte’s showcase sites offer advertisers another way to reach highquality Hispanic consumers.”
SendMe Mobile, a consumer mobile services provider, recently partnered with Consorte on a performancebased campaign aimed at generating new leads in the Hispanic market.

SendMe Mobile had no previous experience targeting the Hispanic demographic, but knew that Latinos were a prime target given their above average mobile consumption. Consorte developed and hosted a custom landing page for SendMe at , offering free ringtones as an initial incentive for visitors to enter their information. From April to August, SendMe’s traffic volume and associated revenues increased by 700%, with lead quality remaining consistently high. The site is now Sendme’s primary Hispanic lead generation site and continues to produce revenues for both companies.

Ad Network Punto Fox became a major player in the lead generation game in 2007 with the acquisition of DirectaClick and ClickDiario, at the time the largest ad network in Latin America. These units merged into “DirectaClick.FOX,” which specializes in direct response.

The Punto Fox network has a huge reach in Latin America. According to comScore data, Fox – Media Partners reaches 8.8m uniques, or 77.4% of the Internet audience in Mexico, 13.1m or 75.1% in Brazil, 6.1m or 78.3% in Argentina, 4.1m or 76% in Chile and 2.3m or 76.5% in Colombia. The information comprises .Fox's own websites, plus over 400 publishers that have inventory resale agreements with DirectaClick.

Performa.fox is a contextual ad network that generates qualified visits, or quality leads, through keyword acquisition. Performa.fox offers CPA, CPC, CPM, and Dynamic CPM buying models. Dynamic CPM allows paying more for formats with higher effectiveness, and paying less for formats with less effectiveness.
Coregistracion.fox is a search tool that identifies potential users or clients. It works whenever a qualified user subscribes to a website and accepts to participate or “co-register” in offers or promotions of another company. These leads are automatically stored and allocated in a segment based on the search profiles previously defined by the company.

Punto Fox claims to be the only company offering a co-registration platform in Latin America.
Another player in the Hispanic/ Latin American space is Filiado, an online performance marketing company focused exclusively on Hispanic and Spanish-speaking consumers. The company supplies impressions, clicks, leads, and sales through its internal traffic and network of publishers. Filiado is present in the US and in Latin America and Spain. 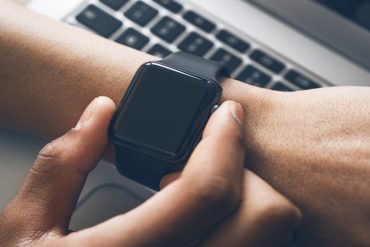 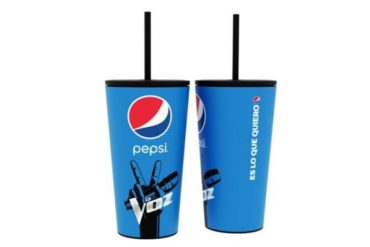