BuscaPé is a product and pricing comparison site targeting the Latin world. At the same time BuscaPé is an important digital advertiser Mariela Sandroni (photo), Marketing Manager for BuscaPé Latin America, tells Portada that the site devotes 55% of its budget to advertising campaigns on search engines and social networks. Yet the 93% of the sites traffic is organic.

Portada interviewed Sandroni to learn more about BuscaPé and the comparison site space.
Below is an edited version of the interview:

PORTADA:  What does BuscaPé offer?

Mariela Sandroni: "BuscaPé is a product and pricing comparison site that uses innovation and intelligence to increase the power of consumer choice, offering the user a better consumer experience, optimizing both time and money."

PORTADA: What are the strategies used by BuscaPé for reaching Latin Americans and U.S. Hispanics?  How do you promote yourselves?  What kind of media or advertising do you use?

MS: "We develop intelligent services to provide our users with product comparison tools, including newsletters based on our users' browsing history; shopping lists they can use to organize and plan their next purchases; and price alerts to inform them what store has the best price.  We are also currently having a contest in which users can win exciting prizes by sharing their opinions on products.

In addition, we’ve developed a mobile strategy, launching an application that allows the user to access BuscaPé through their tablet, smartphone and via social networks—all of them traffic sources that are becoming increasingly important."

PORTADA: What are your main sources of traffic?  What percentage of your traffic is organic?

MS: "BuscaPé is a product and price comparison site used by consumers when they need to make a purchase decision.  This explains why 93% of our traffic is organic and direct, meaning that the user enters our site directly through BuscaPe’s URL."

PORTADA: Does BuscaPé run campaigns on Google Adwords and/or Facebook?  What percentage of your advertising budget is used for these campaigns?

MS: "We run campaigns on search engines and social networks, and spend approximately 55% of our budget on these."

PORTADA: As leaders in the LatAm price comparison market, what are your goals for the remainder of the year and for 2013?

MS: "We have big challenges for this year at the company level.  We’re projecting a 156% growth for BuscaPé in Latin America.  We plan to launch specials on important dates such as Mother's Day and Christmas, two periods of high consumption during the year.  In addition, we’ll be launching a new Cyber Monday special, with special offers from major retailers that are valid for one day.  This promotion is done in the US with excellent sales results for e-commerce stores and we believe it will be an excellent choice for offering unbeatable deals to our users."

PORTADA: Is BuscaPé trying to target U.S. Hispanics?  Do you get traffic from that country?

MS: "While BuscaPé’s primary focus is on Latin American countries, we also have a page called BuscaPé Latino that is oriented toward U.S. Hispanics."

PORTADA: What other upcoming launches can we expect from BuscaPé?
MS: "We have a mobile lab with several projects in development for m-commerce, such as MeuCarrinho (http://www.meucarrinho.com.br/ ), where users can save on grocery purchases.  This product has already been successfully launched in Brazil.  We also have several projects related with online payment platforms."
Mariela Sandroni is Marketing Manager for BuscaPé Latin America.  She previously worked for telecommunications company Sion, and at UOL (Universo Online SA), among others.  Sandroni studied Marketing at the Universidad de Ciencias Empresariales y Sociales (University for Business and Social Sciences). 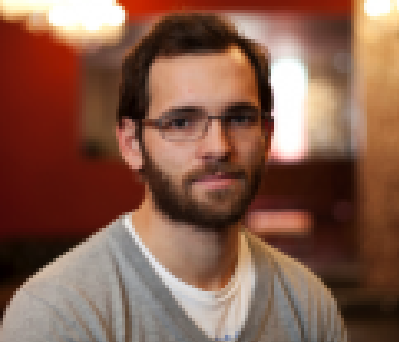