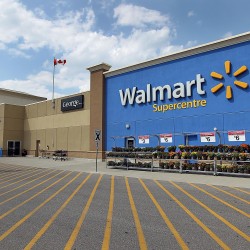 Although details are still sketchy, Walmart’s announcement that it will create and operate its own media exchange to help its suppliers spend its media dollars based on the data WalMart obtains, has gotten mostly positive comments. What are the implications for the multicultural sector?

The retailing giant still is working on the software for Walmart Exchange, or WMX, which execs have described as “in beta.”

It’s just the natural evolution in Walmart’s decades-long big data initiative, according to Cesar Sroka, group account director for OMD. He says, “A lot of folks out there are not comfortable with it, but data can help drive a lot of decisions and effectively target who you’re going after. Walmart has millions of shoppers every week, so they have lots of data.”

Walmart will combine its own retail and online sales, gathered in close to real time, with social media data – and the new data stream coming from its Savings Catcher, an online service that gets consumers to input in-store receipts to see if they could have gotten a better price elsewhere. WalMart is a top ten Hispanic advertiser and many of its suppliers in the CPG and other categories are major advertisers.

Sroka thinks that WMX could help the retailer – and the brands that sell products through Walmart – better target African-American and Hispanic customers, allowing it to move beyond language preferences to consumer attitudes and behaviors. For example, the data could reveal whether some of the accepted wisdom on Hispanic shoppers, such as they shop in families and have larger basked sizes, are really true. “It’s raising the standard for everyone,” he says.

OMD isn’t worried that WMX will cut out media agencies, according to Sroka. “They’re just cutting costs out of the business. I believe they’ll still need an agency for strategy,” he says. “Programmatic doesn’t do that for you. Anybody can buy a thousand points. We are advisers: We look at your business holistically, from products being developed through consumer experiences.”