What: Virool has launched Virool’s Vertical Video Exchange, a fully programmatic ad exchange available to advertisers and publishers worldwide.
Why it matters: Vertical video advertising is the fastest growing ad format in the world and available on every major platform. 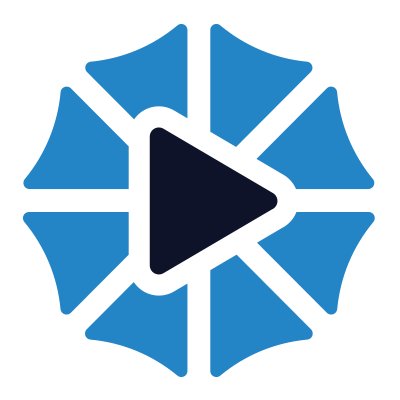 Virool, a pioneer in vertical video advertising, announced the launch of Virool’s Vertical Video Exchange, a fully programmatic ad exchange available to advertisers and publishers worldwide. Virool has partnered with Bidswitch to make their vertical video inventory available to over 150 DSPs and agency trading desks.

Virool’s vertical video ads are sold with 100 percent guaranteed viewability. The ads pause when less than 25 percent of the pixels are in view. “Our partners trust our Vertical Video Exchange because we can guarantee them 100% viewable, high quality vertical video ad inventory at scale,” stated Eric Chen, Head of Publisher Development at Virool.

Virool’s Vertical Video Exchange allows advertisers to target video ads to a large audience beyond standard vertical video environments like Snapchat and Facebook. “We’re providing a greenfield source of inventory in brand safe environments. I am excited that now some of the world largest DSPs will be able to sell vertical video ads on top publisher websites through Virool” said Alex Debelov, CEO at Virool.

Enabling publishers to serve vertical videos whilst maintaining a great consumer experience, will be a key driver in the growth of premium video inventory. As the digital world around us continues to shift to mobile, this launch is just one way we’re helping publishers and advertisers adapt to changing consumer preferences.

Almost $22 billion in global ad revenues have been blocked so far this year, representing about 14% of all global ad budgets, according to a study by Anti Ad-blocking firm PageFair. Outstream Video Advertising Firm Teads, recently published a manifesto for sustainable advertising attempting to unite the advertising and marketing industries to engage (not enrage) consumers. What is the state of Ad-Blocking in Latin America and what is being done against it?

1. How extended is Ad-Blocking in Latin America?

A recent report found that about 16% of users in the U.S. block ads. Globally, there are nearly 200 million people stopping ads, 181 million of whom are on the desktop.  These are obviously facts to worry about . But  how extended is ad-blocking in Latin America? According to Eric Tourtel, ‎Senior Vice President, Latin America at Teads.tv, “Although research on ad blockers is still limited we do know that 4 countries in Latin America fall into the top 30 countries in the world with ad blockers for video. Colombia is at #20 with 28% of video time ad blocked. Chile and Mexico come in right before the U.S. with 26% ad blocked video time and Argentina and Ecuador both count with 23%. These numbers are alarming because they pertain to desktop alone, now factoring the mobile ad blockers on iOS and Android, the number could easily double. With a high adoption of ad blockers, advertisers and publishers are both at risk. The time is now to raise mass awareness and come together to seek better alternatives that sustain brands, publishers and users alike, before ad blockers become the standard.”

Four countries in Latin America fall into the top 30 countries in the world with ad blockers for video: Colombia, Chile, Mexico and Argentina.

2. Is Ad-Blocking higher on mobile than on desktop?

Yes, ad block adoption in general is definitely higher on desktop right now. The above referred study by anti-ad blocking firm PageFair in partnership with Adobe found that “mobile ad blocking is still very underdeveloped,” a situation that may change following Apple’s recent support for ad blockers in iOS 9.”When you think of Ad blocking your first thought is desktop. Latin America is mobile-centric, the communication dynamic between a brand and consumer vastly differs compared to the United States or any other market, making it difficult to draw a parallel between each of them,” says Mike Villalobos, Head of U.S. Multicultural and Latin American Sales at Virool.

When you think of Ad blocking your first thought is desktop. Latin America is mobile-centric.

3. How will Latin America’s rapid adoption of smartphones impact ad-blocking in the region?

The rapid adoption of smartphones in LatAm may have increase the use of ad-blocking technologies in the region.  As Teads’ Tourtel notes “following Apple’s recent announcement allowing ad blockers on Safari, a slew of ad blocking apps are expected to make their debuts in the market which will likely boost ad blocker adoption on mobile as a whole. Latin America specifically is one of the fastest growing regions for smartphone adoption. eMarketer predicts the region will have around 220 million smartphone users in the region within the next 3 years up from the current 150 million users this year. As mobile becomes the primary screen for internet usage, we may see a shift in ad block adoption from primarily desktop to more mobile.”
Key drivers for users to block ads include the quantity and quality of ads and, in mobile, the extra load time, and the resulting hits on battery life and bandwidth charges.

4. Are Latin Americans aware about the role of advertising revenues in supporting media?

One key issue that audiences who use ad-blockers need to know is that if the content is not subsidized by advertising it will have to be bought by the end-consumer, in other words the audiences themselves, in order to make it economically viable. However, many consumers underestimate the role of advertising in supporting media. A Teads study mentions that 68% of consumers underestimate the role of advertising in supporting media properties. Is this figure also valid for Latin America? According to Eric Tourtel, “this number can be applied generally for any region. At Teads we are pushing globally for the education of consumers about the value of advertising because many don’t realize that advertising funds the online content and services they love and use daily. Considering 4 Latin American countries are amongst the top ad blockers users in the world, this number could potentially increase.”
Latin America, with its huge lower and lower-middle classes, has traditionally been a region with a very large amount of the media landscape being supported by advertising revenues. Open TV networks have an ad market share that is higher than 50% in many Latin American countries.

5. What type of advertising can be blocked which one cannot be blocked?.

“The ads that can and can’t be blocked depend on the ad blocker application itself but these third-party software companies have the capabilities to allow users to block all kinds of ads from banners to video ads. One of the key factors in ad block adoption is the use of intrusive advertising like pop-ups, overlays and pre-roll video,” says Eric Tourtel
from Teads. “The latest software is even blocking paid social and paid search ads!.”

6. When buying video programmatically is there a way to take out the audience that blocks the ads?

According to Tourtel, “When buying ads, there is no way to know which user has ad blockers set up or not. This is a big risk for advertisers as they are paying more for impressions without guaranteed views. Some publishers such as The Washington Post are asking users to subscribe to content in an effort to combat lost revenues from ad blockers. Others like The New York Times do not allow users to view content if they have ad blockers enabled. There are anti-ad blocking companies that try to come up with new software to reverse the ad block.”

The New York Times does not allow users to view content if they have ad blockers enabled.

7. What technologies are there to distribute advertising more effectively?

Seamless ads that are designed to enhance online media are the industry’s best defense against the proliferation of ad blockers. According to Virool’s Villalobos, “advertisers can overcome ad-blockers if the content is authentically created, has relevant messaging and efficiently distributed through appropriate mediums.”Tead’s Tourtel agrees “as an industry, we need to adopt less intrusive ad formats such as outstream formats like Teads’ inRead, to slow the use of ad blockers. Native advertising of this kind is less intrusive and more accepted by the user.”
A technology that allows a more seamless and non-intrusive integration of ads into the user experience are outstream video ads,
a category generally described as ads that run within text dominant Web pages or streamed within copy on mobile phones. Ad-Tech firms Teads and Virool have outstream video ads, and Yume recently unveiled outstream ads  as well.

Says Mike Villalobos, “Virool alleviates ad blocking concerns by strategically distributing content, in a manner that is organic to the audience on the receiving end. The best example is Virool’s Inline/ unit that is compatible on both mobile and desktop. Virool also run sub-campaigns before, during, or after distribution to quantify authentic emotional engagement through facial a viewers facial reaction, the tool is called eIQ. With these innovative tools we provide are able to facilitate a solution, and an experience that will improve the overall creative and campaign delivery.”

CHECK OUT: Online Video in Latin America: What 6 Experts Have to Say
Will Online Video Take Money Out of the Huge LatAm TV budgets?