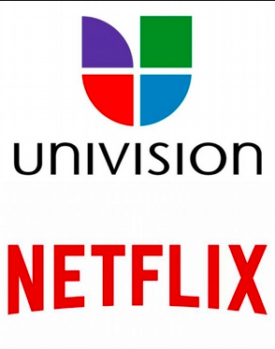 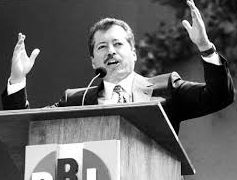 What: Esteban de Anda, Commercial Alliances and Communications Director of Xolos, Tijuana’s soccer team, talked to Portada about the team’s plans to expand its reach in California and Arizona
Why it matters: Being based in a border city,  Xolos has gained a huge amount of fans in the U.S. (both Hispanics and non Hispanic) these fans cross the border to come and see their favourite team play in their home town.

Founded in January 2007, Club Tijuana Xoloitzcuintles de Caliente, also known as just Xolos, was promoted to Liga MX in 2011, where they have played ever since. Just one year after advancing the to first division, the team won its first title, in the 2012 Apertura championship.

In the past few years, Xolos has been gaining fans and recognition, both in Mexico and the U.S..

“We are based in a privileged geography,” explains Esteban de Anda, Commercial Alliances and Communications director of Xolos. “Unlike other border cities, like Ciudad Juárez, Nogales and McAllen, Tijuana is the border with the most traffic worldwide, both pedestrian and vehicular.”

Baja California’s government, as well a San Diego’s have been making a big effort to make the whole zone become part of a bi-national region. An example of this is the Cross Border Xpress, an airport terminal located in San Diego, with an access bridge connecting it to the Tijuana International Airport.

Thanks to this tight connection between both cities, Xolos stadium has been receiving more and more U.S.-Americans to its Caliente stadium. According to De Anda, 24% of the fans which come to watch a game are people who perceive their income in U.S. dollars, whether they live in Mexico or in the U.S..

With this in mind, Xolos have decided to start working on a very specific marketing strategy targeting mainly their cross-border audience. “We had made some efforts to attract an audience from the U.S. over the past two or three years, but this is the first time we are creating a comprehensive marketing strategy,” explains De Anda.

The marketing expert explained to Portada that because San Diego has no soccer team, Xolos has become like a local team to San Diego residents. “They have the baseball team Padres, but it isn’t very strong and when we heard the NFL Chargers where leaving their hometown, we knew we had a great opportunity in front of us,” he De Anda adds.

Now that The Chargers have moved from San Diego to Los Angeles, Xolos has signed significant deals with local bars and restaurants where their brand will take over on the football team’s void. This also shows us how relevant soccer has become in the U.S.

24% of all the season tickets sales from Xolos come from U.S. fans. And 80% of them are being acquired by English-speaking Americans.

California is a very relevant market of 100% English-natives which don’t have any relevant sports team.

It is very easy for them to cross the border and come and watch a game. It is also much cheaper given the fact that their income is in U.S. dollars.

Although Donald Trump has promised some important changes on its border policies with Mexico, the good relationship between California and Baja Califronia is not expected to change. But only time and future  announcements of the president ultimately will let us know what comes next in this subject.

Azteca TV has Xolos’ exclusive broadcasting rights, which means they aren’t allowed to make any deals with any other broadcasters (including the U.S.). But, De Anda believes they will soon need some English-speaking sports casters both on radio and TV to include their American audience during the games.