What: El Paso is the latest addition to the United Soccer League, giving the league additional Southwestern presence.
Why it matters: The ownership group, MSSL, has strong ties to Mexico, including minority ownership of a Mexican League soccer team and food franchise ownership in the country by one of its partners, which can help the Division II soccer league gain a foothold in Mexico.

The fast-expanding United Soccer League (@USL) has added its fourth new franchise for 2019 with the news that El Paso, Texas, will join the league. MountainStar Sports Group (MSSG), which is also a minority owner in FC Juaréz of Mexico’s Liga Ascenso, will operate the franchise.

The new El Paso franchise, temporarily known as El Paso USL, gives the league another Southwest member, and one which boasts a population of more than 800,000 on the border between the U.S. and Mexico. The city has a AAA minor league baseball team in the El Paso Chihuahuas —also run by MSSG—as well as a top-level Division I athletics program at the University of Texas, El Paso in the nationally prominent Conference USA.

MSSG’s ties to Mexico, via FC Juaréz and Ms. De la Vega-Foster’s properties, can help the USL gain a foothold there. 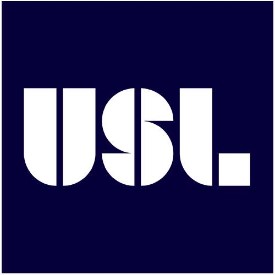 The addition of a group as in tune to Hispanic marketing as MSSG to its ownership roster makes good sense for the league, which already boasts marketing partnerships with ESPN and SiriusXM. MSSG’s ties to Mexico, via FC Juaréz and Ms. De la Vega-Foster’s properties, can help the USL gain a foothold there.

Josh Hunt, MSSG Chairman and CEO, said in a statement, “Since our inception, improving the quality of life in our region and promoting economic development have been our core objectives. We’re very proud to bring this high level of professional soccer to El Paso and to be a part of the USL.”

Could further expansion for the league, even South of the border, be far behind?

What: Azteca America has signed an affiliate agreement with KDKJ, to be broadcast on channel 27.2 in Tyler/Longview, Texas.
Why it matters: The station will carry Azteca America’s programming, including news, entertainment, novelas and sports programming, as well as the network’s popular “Viernes Futbolero” franchise. 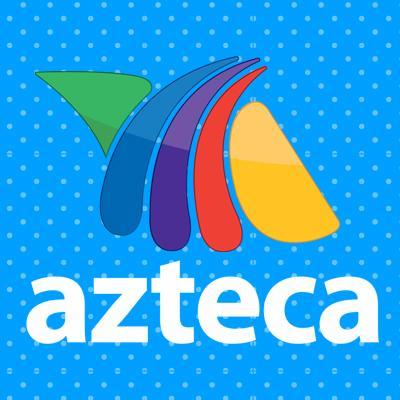 As part of the network’s commitment to servicing the U.S. Hispanic audience, Azteca America has announced  that it has signed an affiliate agreement with KDKJ, to be broadcast on channel 27.2 in Tyler/Longview, Texas.

“We welcome KDKJ to the Azteca family and look forward to working with DTV America to deliver first rate service and quality programming to the Hispanic community in the Tyler/Longview Texas area,” said Martin Breidsprecher, Azteca America, Chief Operating Officer.

Irwin Podhajser, SVP Broadcast Operations for DTV America added,  “We are excited to add Azteca America to our programming line-up for Tyler/Lufkin. It is about giving the local Hispanic community a voice, not just another channel.  In fact we are the only television station in the market that is making Spanish-language programming our top priority.”

What: After merging with K. Fernandez Marketing of San Antonio, cross-cultural agency Sensis is opening  an office in Austin today March 2.K. Fernandez Marketing Founder, Karla Fernandez Parker has been appointed  Sensis’ managing director of Texas.
Why it matters: The Texas office is Los Angeles-based Sensis’  fourth office after Washington DC, Atlanta and Los Angeles. Texas offers exponential returns and growth for marketers, specially in relation to the Hispanic market.

Cross-cultural agency Sensis will open an office in Austin on March 2 after merging with K. Fernandez Marketing of San Antonio. Karla Fernandez Parker will start immediately as Sensis managing director of Texas.

The Austin-based office, located in a technology corridor, is the fourth office for Los Angeles-headquartered Sensis. In addition, the agency also has an office in Washington, D.C. and most recently opened an office in Atlanta to capitalize on the Hispanic growth in the Southeast. 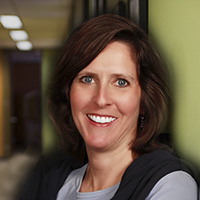 A brand engagement and marketing veteran, Fernandez Parker specializes in total market and Hispanic advertising. She founded K. Fernandez Marketing over 18 years ago. She has worked with clients like Proctor & Gamble, Wells Fargo, McCormick & Company, Bank of America, M&M/Mars, and UnitedHealthcare.

“Texas is the exemplar minority-majority state making it fertile ground for our cross-cultural approach,” Sensis founder and President José Villa said. “Austin remains an intersection of creativity and technology, affording us the opportunity to serve clients in ways they’re not used to. Add to that Karla’s expertise in cross-cultural branding and engagement and we’re delighted by the potential Texas holds for us.”

“I’m very pleased to be joining the Sensis Team,” Fernandez Parker said. “With my knowledge of the Texas marketplace from the border to every major metropolitan area and even semi-urban markets, the sky is the limit for the impact we can make for clients by joining forces.”

Sensis has grown in the last 17 years from a company building websites to a strategic marketing firm harnessing the power of digital communications to reach a multicultural world. Texas offers exponential returns and growth for marketers. It is rich with Hispanic families who made their mark on Texas generations ago. Some hold steadfast to their Hispanic traditions while others have embraced the culture of their adopted country. There is also a continued influx of recent immigrants working to adapt to their new environment while still rooted in their countries of origin.

A measured approach is necessary for reaching this diverse and valuable market.

“A measured approach is necessary for reaching this diverse and valuable market,” Villa said. “There is no magic bullet. Karla understands that and we expect our partnership will yield great results for the regional marketers in Texas who are still trying to find the right approach for this ever-growing audience.”

What: El Rey Networks has selected Austin, Texas to be the production and corporate headquarters for the new English-language cable network founded by filmmaker Robert Rodriguez.
Why it matters: The network, which represents second and third generation Latinos who live in English-speaking households, is the first to have a formal corporate headquarters in the lone star state.

El Rey Network, currently available to over 40 million homes in the U.S., has been launched by Rodriguez with FactoryMade Ventures co-founders John Fogelman and Cristina Patwa and, with Univision Networks & Studios, Inc. It will mainly target men age between 18-49 and will try to represent and be inclusive of a growing and important American and Texan population : second and third generation Latinos who live in English-speaking households.

In addition, El Rey Network will film a wide range of scripted and unscripted content in the state, including the network’s first scripted original,  “From Dusk Till Dawn: The Series” which celebrated its premiere at Austin’s SXSW and debuted on the cable channel on March 11, 2014. The series second season will begin shooting in Austin later this year. The network’s content will be seen not only nationally but also globally in more than 100 countries.

This is a major milestone for the Texas television and film production history as it is the first time a general entertainment network has a formal production home in the state.

Governor Perry has long supported the Texas moving pictures industry, a vital industry that not only displays Texas to the rest of the world but also draws tourism and investment and creates jobs for Texans.  “El Rey is an important part of our burgeoning television production community, helping to build our long-term industry infrastructure and making Texas even more competitive for jobs in movies and television,” Perry said.

“The City of Austin works every day to support Austin’s creative economy sector, which has a US $4.35 billion local economic impact, and having the El Rey Network headquartered in Austin will strengthen our creative sector for years to come.” said Mayor Lee Leffingwell.

Robert Rodriguez, whose own Troublemaker Studios has been based in Austin since 1998, said: “As a filmmaker and founder of El Rey Network, I can’t imagine a more iconic and inspiring location for our production headquarters or for the filming of our upcoming projects.”

La Voz de Houston now will also be published on Wednesday’s. The first edition of the Wednesday newspaper was published yesterday. This mid-week issue, focused on providing useful, forward-looking information and events listings, is a complement to the weekend publication, which offers enterprise stories on the issues most compelling to the Latino community, exclusive sports and entertainment content and original series and opinions.

The Texas (Hispanic) advertising and media market is growing at a higher rate than the overall U.S.  market. This is partly due to the state profiting from high oil prices.  La Voz’s move is also related to the increasing demand of retail advertisers for home-delivered publications. Home-delivered newspapers reach household decision makers (mostly the Hispanic housewife) at home and often contain coupons and preprint-FSI advertising.

The increased publication schedule coupled with an expansion of the publication’s distribution footprint from 100 to 199 key zip codes has resulted in a quadrupling of circulation to a total of 405,000 copies per week, said La Voz de Houston’s publisher, Alejandro “Alex” Sanchez. Sanchez added “La Voz is Houston’s most-read Spanish-language newspaper and the only one delivering local, national and international news twice a week,” Sanchez said. “Our Wednesday and weekend issues each reach 165,000 hand-selected Spanish-speaking households, with an additional 75,000 copies of the weekend edition distributed within targeted retail outlets in high-traffic areas.”

The Houston area’s Latino population is projected to grow 18 percent over the next five years, and relevant, compelling content and commerce serving this community is in demand as well, Sanchez said. To bring those stories to life, La Voz de Houston in recent weeks has added several new voices, including Alvaro Ortiz, who most recently led Azteca America’s Texas News Bureau; Olivia P. Tallet, who has worked for EFE News Services; and Giselle Bueno, who joins the team from Semana News and will lead efforts on LaVozTX.com.“These experienced journalists, like the communities they cover, hail from diverse backgrounds and bring to the table a wide variety of experiences,” said Aurora Losada, editor of La Voz de Houston.