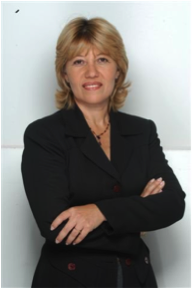 Advertising Technology providers continue to work in order to better integrate the off-line and digital media worlds, particularly as it relates to facilitate e-commerce transactions that origin on broadcast or print media. Obviously, the mobile phone plays a crucial role.

According to a recent survey, 47% of people are put off by the length of the mobile purchasing process.

According to the 2013 Mobile Consumer Insights study conducted by Jumio, a mobile payment validation service, 47 percent of people are put off by the length of the mobile purchasing process and 23 percent found the purchase would not go through. Pounce’s purchasing-path tries to alleviate both those concerns. By securely storing billing and shipping information, Pounce eliminates the need to re-enter those details for every purchase, allowing consumers to simply scan the product and purchase. The financial transaction and fulfillment are handled by the retailers, so consumers can feel confident that they’re shopping with the brands they know and trust.

“Print media is a great shopping tool for consumers, but it comes with a time-delay between the initial intent and the actual transaction. Pounce removes that interruption, empowering consumers with the option to purchase a product right then and there, instead of going online or driving to a store,” said Avital Yachin, Founder & CEO of Pounce. “Convenience is everything, which is why we created Pounce to accommodate people’s busy lives and help to reduce errand lists by taking immediate action when shopping with print media.”

Consumers can use Pounce when browsing circulars and other print media from Staples, Ace Hardware, Toys “R” Us, Babies “R” Us and Target, with more retailers coming soon. The secure mobile technology integrates with a retailer’s online stores using their existing checkout method to process orders, bridging the connection between print media and e-commerce.

“We’re always eager to work with companies that offer creative solutions that enhance the shopping experience for our customers, and add value for our partners,” said Lester Holze, Vice President, Business Development at ShopLocal, a leader in providing brands and agencies with the highest impact solutions to reach shoppers. “Pounce’s intuitive technology turns print media into a real-time shopping experience, which is ideal for retail stores looking to enhance mobile sales and track the results of a print ad campaign. It’s a great addition to our suite of capabilities.”