Check out  Portada’s Interactive Directory of Corporate Marketers and Agency Executives. 15  NEW LEADS HAVE JUST BEEN UPLOADED. To acquire the database, please call Matt Eberhardt at 347-961-9516 or e-mail him at matte@portada-online.com SEE A DEMO OF THE DIRECTORY!

The Chrysler brand has launched a new multicultural marketing campaign for the all-new 2015 Chrysler 200, featuring acclaimed actor Gael García Bernal (Amores Perros, Y Tu Mamá También, The Motorcycle Diaries). The campaign, which debuted Wednesday, March 4, consists of four national television spots across U.S. Hispanic media – one :60 and three :30 commercials – and also includes digital and social initiatives. Key partners for the Chrysler brand include Univision and Telemundo, for which the brand will be a presenting sponsor of La Voz Kids, a  show for family co-viewing in all of broadcast, regardless of language, on Telemundo. The campaign introduces Hispanic consumers to the all-new 2015 Chrysler 200, giving viewers a close-up view of the Chrysler brand’s class-leading advancements. The story is anchored on the message, “Why choose ordinary when you can have extraordinary?”, and supported with “Un Modelo a Seguir” – a nuanced phrase that in Spanish conveys positive messages such as something that inspires and/or something to pay attention to or follow. (It translates literally to “A Model to Follow,” which in the spot refers as much to the Chrysler 200 as it does to Gael García Bernal).The Chrysler brand campaign was created in partnership with Lopez Negrete. Media buying and planning has been done by IPG Mediabrands. The first spot, “Kid, You’re Not Me,” can be viewed here:

Enterprise Rent-a-Car just announced “Vamos Por Ti” (We’ll Come For You) – its first-ever fully-dedicated Hispanic marketing campaign. “Vamos Por Ti” will come to life in TV, radio and digital advertisements, as well as in-store collateral. Advertisements will debut in six pilot markets in Texas and New Mexico, with potential to expand into additional markets later this year. PHD Media Network handles all media planning and buying duties on behalf of Enterprise, and for this campaign, the spot will be seen on Univision and Telemundo networks in six markets – Dallas/Ft. Worth, Houston, San Antonio, Austin, El Paso/Las Cruces and Albuquerque/Santa Fe. There are also digital buys on YouTube, Hulu Latino and Facebook. The campaign began March 2 and runs through April 12. In addition to “Vamos Por Ti,” Enterprise is also debuting a new North American television ad that will launch next week on March 16 across primetime broadcast TV and digital, coinciding with some of the brand’s heaviest media buy. The spot, called “Family Reunion,” uses humor to communicate how often Enterprise employees go above and beyond for their customers. In this particular ad, a young woman asks Enterprise to pick her up from a family reunion, and then introduces family members to her “boyfriend” (a.k.a. the Enterprise employee) who willingly plays along. The “Vamos Por Ti” campaign was developed by Bromley and “Family Reunion” was developed by Cannonball Advertising and Promotion. Read our Interview with Lee Broughton, AVP, Enterprise Brand Marketing, North America. 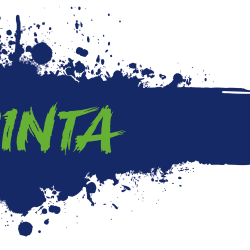 Miami based Pinta has been selected as Hispanic agency of record for UFC, helping with marketing efforts, creative public relations, social media, fighter promotions and event support. UFC Ultimate Fighting Championship is the largest mixed martial arts promotion company in the world featuring most of the top-ranked fighters in the sport. Based in the United States, the UFC produces events worldwide.

MLB.com At Bat dominated North America in its first three days as excitement builds among baseball fans for the start of Spring Training games today. The new Spanish language capabilities developed for At Bat are part of a larger MLB effort to expand its important relationship with Latino fans.  To further that effort, Major League Baseball has named LatinWorks, the full-service cultural branding firm, as the league’s creative agency to reach Latino fans. MLB will be also handling the media buying.  LatinWorks will direct MLB’s national campaign to emphasize its multicultural diversity and connect with its Latino fans more directly and extensively. There were 193 foreign-born Latino Major League Baseball players, equaling 22.6% of the league, on Opening Day rosters last season, playing alongside many U.S.-born players of Latino descent.LatinWorks’ creative for MLB will incorporate a multi-platform national campaign for the upcoming season, as well as strategic brand activations surrounding MLB Jewel Events including Opening Day, All-Star Game, and Hispanic Heritage Month. The agency’s marketing campaign will be unveiled nationally later this month.In addition to At Bat and its comprehensive bilingual accessibility, Latino fans also will have extensive Spanish-language access to all 30 MLB Clubs through MLB.TV, which will introduce a new audio option in 2015. This technology will give MLB.TV subscribers the ability to switch the live audio feed from the television to Spanish-language radio announcers without disrupting the live video broadcast. MLB buys media in-house. 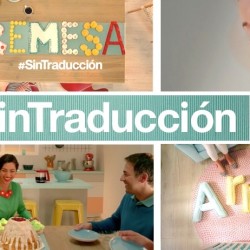 What do the Spanish words “arrullo,” “sobremesa” and “estrenar” have in common? They all have a starring role in #SinTraducción, Target’s new Hispanic campaign that features words with no English equivalent. A first-of-its-kind for Target, #SinTraducción is a sweeping celebration of moments, traditions and emotions that are treasured by many in the Hispanic culture. Using a number of these untranslatable terms as inspiration, the campaign invites Target’s guests to experience the brand in a more personal way.#SinTraducción, the retailer’s first campaign focused solely on Hispanic guests, launches March 8. Branded with an inviting hashtag, the campaign aims to create a dialogue between Target and its guests on social media.According to Rick Gomez, senior vice president of marketing at Target, #SinTraducción is social by design.

Sensis, the cross-cultural agency with digital at its core, will open an office in Austin on March 2 having merged with K. Fernandez Marketing of San Antonio. Karla Fernandez Parker will start immediately as Sensis managing director of Texas.The Austin office, located in a technology corridor, is the fourth office for Los Angeles-based Sensis. Read more.

Texas Governor Rick Perry has tapped Targeted Victory, an audience targeting firm focused on Republican political candidates, to help reach potential voters for a 2016 Presidential run.Targeted Victory is familiar with Presidential races as in the past it worked on the Romney-Ryan campaign in 2012 and brought those same Romney-Ryan supporter audience segments back for the 2014 midterms.Michael Beach, co-founder of Targeted Victory, will be solely focused on the Perry ticket. Targeted Victory may also work with other candidates for 2016..Beach will serve as senior advisor for digital and television optimization for Rick Perry’s campaign. Chris Gulugian, Targeted Victory’s client strategy director, will serve as an advisor for digital and field operations, per a release.

Unilever has agreed to acquire Ren Skincare for an undisclosed amount, to ramp up in prestige beauty.Unilever said it expects the deal for the 15-year-old skincare brand, founded in the U.K. by Anthony Buck and Robert Calcraft, to close by May after regulatory reviews.The move comes at P&G is divesting, discontinuing or merging 100 brands globally representing 14% of its sales. Smaller prestige fragrance licenses, such as Avril Lavigne’s signature scent, have already been discontinued.Ren had global sales of more than US$110 million last year, Euromonitor estimates.

What: Audience-driven technology company Targeted Victory has partnered with Hispanic digital platform Pulpo Media by adding Hispanic Data to the Targeted Victory Audience Exchange.
Why it matters: Through the agreement, data and audience segments from Pulpo Media will be added to Targeted Victory’s Audience Exchange marketplace.The partnership is mostly aimed to target Hispanic voters, traditionally a demographic with low voting participation,  digitally in upcoming election campaigns and recognizes that a modern targeted  political advertising campaign must account for Hispanic demographics, across acculturation levels and digital devices.

Portada talked to Maria Lopez-Knowles, CMO at PULPO MEDIA, on this recent agreement:

Portada: Can you explain what an Audience Exchange marketplace means as opposed to an Ad-Exchange? Is Targeted Victory’s specialty in political audiences?

Maria Lopez-Knowles: “Ad exchange is a platform that facilitates bidding of online media ad inventory from multiple ad networks. Audience exchange is a platform that ensures that the most appropriate audience is served up an ad based on in-depth knowledge of that audience or consumer, including historical and/or transactional information about said consumer. It connects the most propended consumer with the most appropriate messaging.Yes, Targeted Victory’s specialty is indeed in political audiences.”

Portada: We understand that this partnership is mostly geared to find accurate means to target Hispanic voters digitally. Is that the case and why?

Maria Lopez-Knowles: “Absolutely. Digital Hispanics are overwhelmingly active online and it is the medium where they have found their voice. We see it across the board. Our acculturation model allows advertisers to not only target them more effectively, but message to an audience based on acculturation level – ensuring that it resonates with that Hispanic consumer in order to drive an affective brand connection, engagement, and advocacy.”

Portada: What election campaigns coming up in the U.S. are particularly prone to have strong political advertising targeting the Hispanic demographic?

Maria Lopez-Knowles: “Mid-term elections are going to be significant. That said, any Senate, House, Gubernatorial or Presidential election is critical for Hispanic voters and all should participate. 17% of the U.S. population is Hispanic. Their voices need to be heard.”

Any Senate, House, Gubernatorial or Presidential election is critical for Hispanic voters and all should participate. 17% of the U.S. population is Hispanic. Their voices need to be heard

Portada: Do you think digital advertising can be a good remedy to increase the low Hispanic participation rate at elections?

Maria Lopez-Knowles : “Absolutely. We know that online Hispanics, our (i)Hispanic segment, are comprised primarily of influencers. They are persuasive and actively involved in interpreting, demystifying, and translating for their foreign-born family and friends – this includes political issues. Reaching and touching them allows advertisers to drive greater advocacy. This co-branding, if you will, facilitates message reception and total Hispanic market return.”