Alex Demas has been hired as new Sales Director for Pulpo Media Sales for the South and Southeastern United States of Pulpo Media. He has previously worked for MV42. In 2010, he was transferred to Miami where he oversaw all digital activity for Starcom’s flagship account, Procter and Gamble, in Latin America. Finally, in 2012 Alex made the jump to the sales side, taking a role with Terra Networks USA.

Fusion, the new cable news channel from ABC news and Univision, has made the latest addition to its team.  Michael Berkman is joining as VP and creative director. Throughout his career,  Berkman has worked at AMC Networks, MLB and Discovery.

Brand Strategist Sue De López  has joined MarketVision as VP/Client Services. De López specializes in Hispanic and Latin American consumer understanding and integrated marketing. De López will manage the agency’s Account Service department, with a focus on strategy and development of Hispanic marketing solutions. De López began her career in advertising over 20 years ago at Bromley, starting in the research and planning department and then working in the media department in both planning and buying. Later as VP of Client Services, she contributed to a variety of award-winning integrated marketing campaigns for leading clients. Most recently she was Managing Director at Firefly Millward Brown. Part of the multicultural team, she led market research, account planning and brand management, uncovering insights that led to actionable business-building strategies.

Univision Communications announced the appointment of Marie Ann Dougherty to the position of vice president of National Spot Sales for Univision Television Group. In this role, Dougherty will help lead the team of national spot sales professionals in Los Angeles, helping them develop innovative advertising and marketing solutions for Univision’s marketing and agency clients. She will report to Antonio Roman, senior vice president of National Sales, Univision Television Group.

The Fresno Bee has renamed its circulation department to more accurately reflect its responsibilities and announced new assignments for two newspaper executives. Stephen Dana, who joined The Bee in 2003, will lead the department as vice president of digital and audience development. He was previously vice president of interactive media. The Circulation Department is now known as the Audience Development Division. The change reflects the department’s role to increase print readership and to expand the online audience through a variety of products and platforms. Dana’s new role will include increasing advertising sales and revenue while expanding The Bee’s online footprint. Marshall McDowell, a 30-year employee, was promoted to director of audience development to work on expanding the reach of the newspaper.Dana and McDowell will lead a team of more than 40 people from the circulation department and interactive media team. 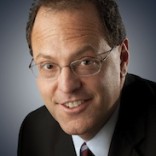