Sizmek Inc.,an open ad management company that delivers multiscreen campaigns worldwide, has announced the appointment of Stella M. Araya-Weil as VP of Global Holdings. Araya-Weil joins Sizmek from Parade Media Group, where she served as SVP of sales, managing national sales teams that deliver US $100+ million in ad revenue.Prior to working at Parade Media Group, Araya-Weil worked at Time, Inc.as associate publisher of Essence Magazine and as director of corporate sales.Araya-Weil will be based out of New York, Sizmek’s center of operations, and will report directly to Sizmek CRO Liz Ritzcovan.

Javier Montanaro has been appointed VP of Sales LatAm at Headway Digital, based in Buenos Aires, Argentina. Until recently, Montanaro worked as Sales Director Southern Cone in US Media Consulting, developing the markets of Argentina, Uruguay and Chile.

Headway Digital, a Latin America digital media programmatic buying company, has announced the appointment of Faustino Riobó as VP of Trading & Video. Its main role will be to operate Media Buying and Trading equipment within Headway Digital. He will also be responsible for the continued development and growth of online video platform ads.Riobó began his career at Digital Ventures 10 years ago, a company that was later acquired by Fox International Channels (NewsCorp) .Prior to that, he developed leadership roles, purchase and negotiation of media in deals like Facebook, LinkedIn and Zynga in the region among many others.

Dida Louvise has joined Fischer as planning director. The executive comes from Nike, where he was responsible for the brand’s digital actions in Brazil during 2014. Louvise will report to VP Bertrand Cocallemen, who leads the area of strategic planning.

Leo Burnett‘s Arc has appointed Bob Raidt to the new post of global president. He had been worldwide account director for Burnett’s Samsung business.Leo Burnett’s is Arc business focuses on retail and shopper marketing, along with mobile and data. Last year, Leo Burnett said it was expanding Arc’s footprint in all major markets, especially overseas, starting with the opening of four additional offices in India, Brazil, Mexico and Colombia.Mr. Raidt will be based in Chicago, where he will work closely with his U.S., regional and global leadership teams “to deliver an aggressive growth plan solidifying Arc as the world’s leading activation agency.”Mr. Raidt has been with Leo Burnett for nearly 20 years in a global account-management capacity, handling a variety of clients like McDonald’s, Procter & Gamble and Coca-Cola, accounts on which he also worked with Arc. He handled the Samsung account since 2013, business that the agency kept after the marketer’s massive global review last year.

Oscar Mendoza has been appointed as Digital and Social Media Strategist at Earth Island. Earth Island is the manufacturer of the Follow Your Heart brand all-natural, vegetarian food products sold throughout the US and Canada. Mendoza previously worked as Interactive Media Buyer at Acento Advertising, where he managed the digital aspects of the Wells Fargo account.

Lapiz, a Chicago-based emerging cultures marketing agency, has announced Carlos ‘Ia’ Murad as its newest creative director.Murad will lead creative direction for brands including Purina Latin America, Kellogg’s, Mexico Tourism Board and Nintendo, among others. He joins Lapiz after five years at WMcCann São Paulo as creative director and head of art.Murad began his career at Leo Burnett Tailor Made São Paulo as an art director and has also worked at Leo Burnett’s Lisbon and Colombia offices. He will report directly to Lapiz Senior Vice President, Executive Creative Director Fabio Seidl. Murad worked with Seidl in São Paulo and now joins them in the Chicago headquarters of Lapiz.Murad formerly worked with Coca-Cola and Chevrolet brands in Latin America. 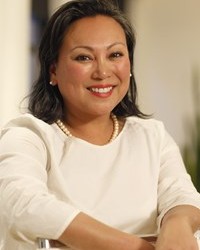 Sizmek Inc. , an open ad management company that delivers multiscreen campaigns worldwide, has announced the appointment of Stella M. Araya-Weil as VP of Global Holdings. Araya-Weil joins Sizmek from Parade Media Group, where she served as SVP of sales, managing national sales teams that deliver US $100+ million in ad revenue.Prior to working at Parade Media Group, Araya-Weil worked at Time, Inc.as associate publisher of Essence Magazine and as director of corporate sales.Araya-Weil will be based out of New York, Sizmek’s center of operations, and will report directly to Sizmek CRO Liz Ritzcovan. 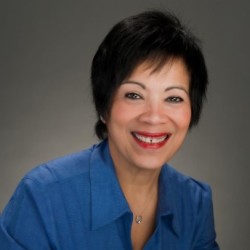 The National Association for Multi-ethnicity in Communications (NAMIC) has announced the appointment of veteran industry executive, Daija Arias as its vice president of Marketing and Development. Arias joins the leadership team of NAMIC, a  trade association as the organization celebrates its 35th year of advocating for diversity and inclusion within the communications industry.In her most recent executive position as senior vice president at RCN International Distribution; Arias oversaw the expansion of the company’s portfolio in the United States, Latin America and Europe. Additionally, Arias has held senior management positions with leading industry brands such as Fox Networks; MGM Networks Latin America; Vivendi Universal’s USA Network Latin America/Brazil; Universal Television Network and Telemundo Television Network.

In addition to hiring Arias, NAMIC has promoted S. Monique Wells to director of Finance and Administration. Previously serving in the capacity of senior manager, Wells will continue to oversee the administrative and financial operations for NAMIC National. Wells joined the NAMIC team in August of 2009 as manager of Operations. A NAMIC member since 1991, Wells served as a consultant to NAMIC, contributing to a number of special projects prior to joining the staff.

Macy’s is realigning its organization:

Maria Cristina Rios, Director of Multicultural Media Strategy will shift to the role of Director, Consumer Segments – Multicultural. Her role will solely focus on creating strategies to retain and attract new multicultural customers and will report into Customer Analytics.

Tamara Weston, National Multicultural Marketing Manager, will stay in media in her current role and will now report to Linda Tran as a part of the new structure effective as of February 9. 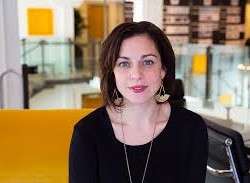 Former head of Tumblr’s native advertising business, Lee Brown, has joined BuzzFeed to the role of chief revenue officer.Brown will be responsible for “driving business globally with new and existing revenue streams”.He joins from his role as global head of brand partnerships at Yahoo.Brown first joined Yahoo in the 90s, holding a range of positions before becoming regional vice president in 2007. In 2010, he left for Groupon, where he held the role SVP national sales, before returning to Yahoo in 2012.Brown replaced Andy Wiedlin, who left BuzzFeed at the end of last year. 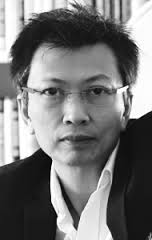 Engine Group, an advertising agency network acquired last year by Lake Capital, has appointed Zoe Church new global director of business development.Church joins the company from Y&R, where she spent 12 years in a mixture of regional and global business development positions based in the US, UK and Australia.Church will be tasked with growing Engine’s global offering and expanding its client roster from her base in New York.