What: The financial troubles of leading media rights firm MP & Silva leaves international football, and other sports rights, in flux.
Why it matters: The unexpected availability of these rights may present opportunities for brands to partner with some of the world’s biggest football properties.

As most of Europe begins a new season of football now, many leagues are facing a very unforeseen issue in the next few weeks (and potentially the next few years): namely where their games can be seen—and who can see them—as massive media rights company MP & Silva (@MPSworldwide) continues to go through its huge financial issues.

Monday the Scottish Professional Football League (@spfl) took their rights back from MPS before a default that would have threatened a global blackout of their new season. A potential audience of tens of millions across the Middle East, Australia and North Africa were “denied coverage” of Saturday’s action. But the SPFL’s “cash-stricken” media partner “failed to stump up payments to continue selling the Scottish game abroad,” allowing SPFL CEO Neil Doncaster to “terminate the cut-price deal” five years ahead of schedule.

…[T]he global sports rights business especially for soccer, with one of its biggest players, remains in a great deal of flux. 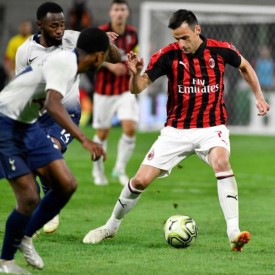 The move by the SPFL follows that of Serie A (@SerieA) last week, which is now suing the company, which was founded in 2004 by the Italian trio of Andrea Radrizzani, Riccardo Silva and Carlo Pozzali, before being sold to Baofeng Technology and Everbright Securities in May 2016. The two Chinese companies took a 65 per cent stake in a deal that valued the company at US$1.1 billion.

What this means for leagues like Serie A and the SPFL is unclear, but for competitive companies looking to garner international rights it presents great opportunity to partner with some of the world’s biggest football properties at a time when those deals were thought to be off the table for years to come. According to TV Sports Markets (@TVSportsMarkets), MP & Silva has also missed scheduled payments to English soccer’s Premier League (@premierleague) and the European Handball Federation (@EHF), and is said to be in arbitration with FIFA (@FIFAcom) over its advisory contract for Italian rights to the 2018 and 2022 World Cups. 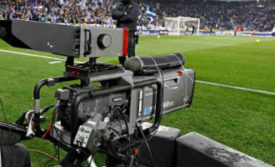 The default can also open doors for streaming services to engage and pick up rights for football leagues that were thought to be tied up in traditional broadcast deals, although the rights could be repositioned to the original holders. In the United States, MPS has had a burgeoning business that now appears to be on hold, with deals selling for the NFL, Monumental Sports and others.

For his part Doncaster painted a very positive picture for Scottish Football, looking to see what new deals, and potentially new dollars, this could open up.

“Scottish football is growing in popularity at home and abroad We are working to ensure that fans across the globe are able to enjoy matches from the Ladbrokes SPFL, the Betfred Cup and the IRN-BRU Cup as normal this season,” he added. “This also allows us to explore opportunities to give even more fans worldwide the chance to watch our games.”

As this plays out, the global sports rights business especially for soccer, with one of its biggest players, remains in a great deal of flux in a story that could become one of the biggest of the year.