AT&T has consolidated its creative, digital and media accounts with Omnicom.”We have selected Omnicom via its BBDO and Hearts & Science units to be AT&T’s integrated creative and media agency,” said Lori Lee, senior executive VP and global marketing officer at AT&T  in a statement. MEC is the incumbent for the media account. Multicultural creative has not been affected by the review and continues to be handled by several agencies. Media buying for Cricket, AT&T’s smaller wireless brand, will move to Hearts & Science from MEC. AT&T is the second largest advertiser in the U.S. after Procter & Gamble. In 2015, the carrier spent a total of $3.87 billion on both measured and unmeasured media, according to Kantar Media.

Jaguar Land Rover has appointed Havas Formula as its automotive and lifestyle PR agency of record in the U.S., following a competitive review. In addition to media outreach and sponsorship support, Havas Formula will engage relevant influencers.

AARP has taken a new approach to increase brand awareness among Hispanics with the launch of its new, multi-generational Spanish-language brand campaign, “Dedicarte a ti es hacer más por tu familia” (Doing more for yourself helps you do more for your family). AARP bets on original in-language and in-culture creative, at a time where much of Hispanic/Latino advertising is an adaptation of total market campaigns.  The creative uses the voices not only of the Hispanic 50+, but of the people they care about the most to remind them that it’s their time to celebrate life – a life that can be enjoyed through “Salud, Dinero y Amor” (a popular Hispanic saying tied to the cultural concept of a complete, happy life).“Dedicarte a ti” is a 360® multi-channel campaign created by d expósito & Partners, scheduled to run in traditional and digital media through October 31, 2016.Below one of two 30 second campaign TV spots.AARP’s new Hispanic market strategy also includes the change of its existing tagline “Posibilidades a tu alcance”, an adaptation of the total market tagline “Real Possibilities”, to “Juntos es Posible” (Together it is possible). The refreshed approach aims to further build relevance with Hispanics who traditionally feel a strong sense of community and, therefore will be able to illustrate how with AARP’s offerings they can achieve more than if doing the same alone. AARP media agency is Mediacom. 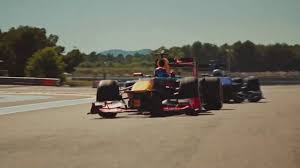 AT&T will launch “Full Speed,” the fourth installment of AT&T’s “Power of &” campaign to highlight its relationship with the Red Bull Racing Formula One team, according to Mediapost.The 30-second ad highlights how AT&T’s network helps Red Bull Racing transfer data from their race locations around the world back to the AT&T Operations Room in near-real time. The ad was created by BBDO and will air until Sept. 11. In addition to the TV spot, the campaign will also be promoted across AT&T’s digital and social channels. AT&T provides Red Bull Racing with global network and connectivity services.AT&T began working with Red Bull Racing in 2012.

Aeromexico, Mexico’s global airline, has announced the expansion of its service to the south central United States from Mexico City with the addition of Austin to its route network on November 17, 2016, making this its fourth destination in the state of Texas.Austin is the fourth destination Aeromexico serves in the State of Texas, in addition to Dallas/Fort Worth, Houston, and San Antonio. Many large companies are based in Austin, and the capital city is among the major U.S. metropolises experiencing the most significant growth.The addition of this new destination increases Aeromexico’s extensive global route network to meet its domestic and international customers’ growing demand for both business and leisure travel from Mexico and Latin America to the United States.